Sept 16 (Reuters) - Yellowstone National Park plans to reduce its bison population this winter by as many as 900 head, or a fifth of the herd, by killing off those animals that stray from the park in what would be the largest such culling in seven years, the park's wildlife chief said on Tuesday.

The plan was unveiled a day after conservationists filed a legal petition demanding the Obama administration end annual culling exercises that have resulted in thousands of Yellowstone bison being shipped off to American Indian tribes for slaughter during the past decade.

In recent years, wayward bison have been removed through a combination of special round-ups and hunting.

The latest quota would cut the size of the country's last pure-bred band of free-ranging bison, also known as buffalo, to 4,000 animals from an estimated 4,900.

Millions of the iconic, hump-shouldered animals once roamed the plains west of the Mississippi until systematic hunting drove their numbers to the fewer than 50 that found refuge in Yellowstone in the early 20th century.

The new push to cull the herd is tied to a long-standing management plan hammered out among federal and state wildlife and agricultural agencies that sets the target population at between 3,000 and 3,500 bison.

The animals are prized by visitors to a park that stretches across parts of Wyoming, Montana and Idaho. But buffalo that migrate each winter from Yellowstone to historic grazing grounds in Montana raise fears among ranchers about the spread of the bacterial disease brucellosis.

Roughly half of Yellowstone's bison have been exposed to the disease, likely brought to the park by cattle that once grazed there.

The disease, which can cause miscarriages in cows, has been virtually eradicated from Montana livestock, and the state's brucellosis-free status allows ranchers to sell and ship cattle across state lines without tests, quarantine and vaccination.

David Hallac, chief of Yellowstone's science and research branch, said the removal of 900 bison would help meet a population target determined by wildlife ecology as well as cultural, social and economic factors.

"It will not get us close to the goal of 3,000, but it will stabilize the population and bring it down somewhat," he said.

The number of bison culled from Yellowstone has varied widely from year to year. In the winter of 2011-2012, fewer than 40 wandered from the park because of relatively mild conditions. The winter of 2007-2008 saw more than 1,600 bison killed. 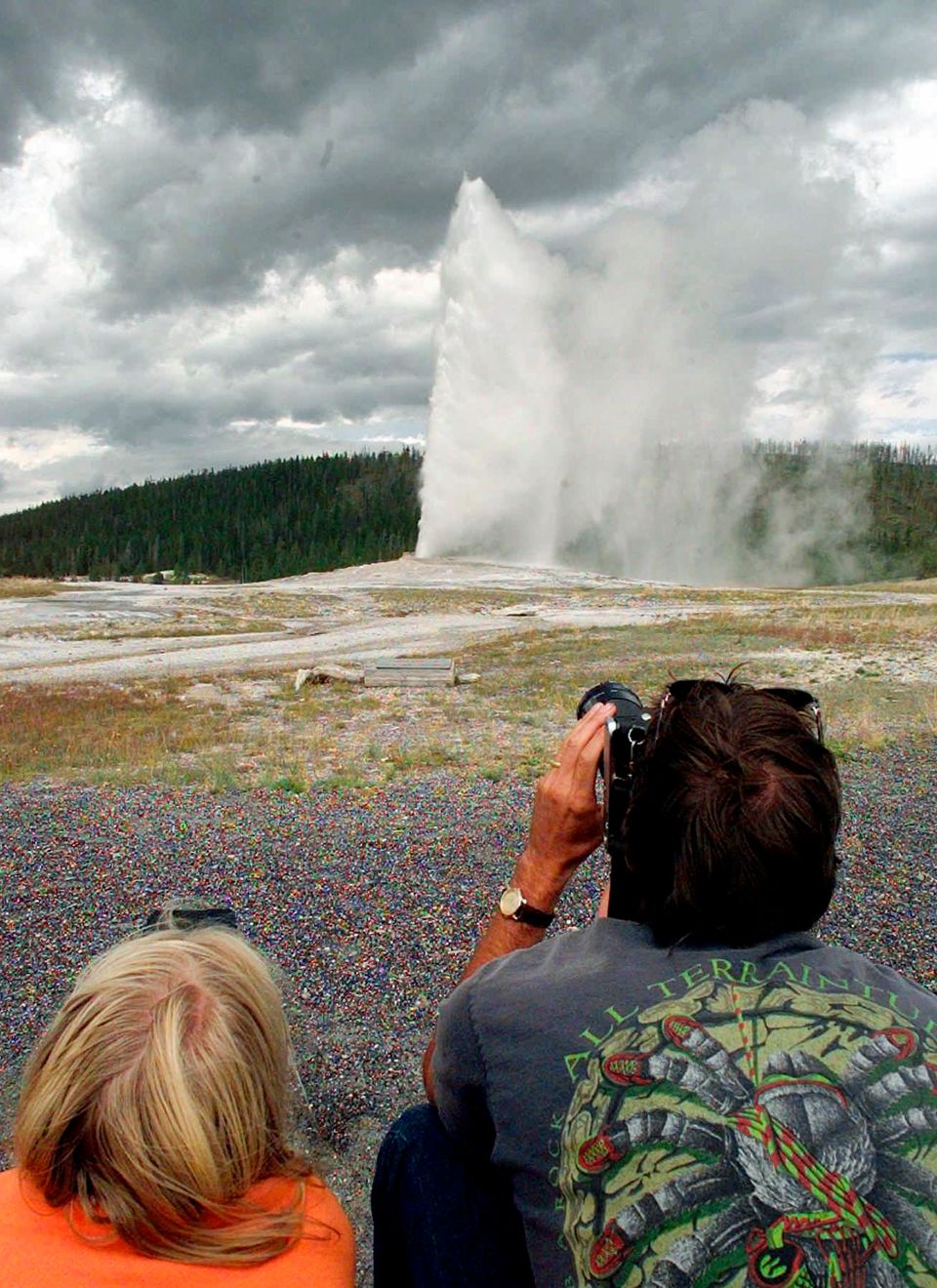 1 / 29
FILE - In this Friday, Aug. 15, 1997 file photo, an unidentified pair of visitors to the Yellowstone National Park photograph the Old Faithful geyser as it rockets 100-feet skyward in Wyoming. Hundreds of small earthquakes at Yellowstone National Park in recent weeks have been an unsettling reminder for some people that underneath the park's famous geysers and majestic scenery lurks one of the world's biggest volcanoes. (AP Photo/Kevork Djansezian, File)
AP