When I first heard about the mass shooting at gay night club Pulse in Orlando on Sunday morning, my reaction was one of stunned horror. I found myself seeking out information, details of times and numbers, of names and sequences--a distancing technique. Then I shut off my computer and spent time with my loved ones, holding them close, pushing away the reality that there are no guarantees in this life and that we live in a country that has been overcome with radical hate in so many forms. I followed my routines and though I retweeted or liked posts others wrote about the tragedy, I wrote nothing myself.

And then a friend asked me directly if I was going to write something and I said no. Cowardly, I wanted to push away the tears and anger a little bit more. Writing about this would mean that I could no longer distance myself from the reality: that mothers are grieving dead children, that fathers are grieving dead sons, that lovers have lost the loves of their lives, that children who were just coming to terms with their identity feel afraid now to speak the words of freedom and power, that people I know are excusing this crime on the grounds that it was somehow God's retribution on "sin," and even that the religion I love has aided in the hate-speak against the LGBT community.

As a co- founder of the Rainbow Mormon Initiative which launched last week, encouraging Mormon allies to wear rainbow ribbons to church to mark themselves as a safe space for LGBT+ teens in crisis and to show love and inclusion for our LGBT+ brothers and sisters, I've been a target of some nasty attacks on-line. But this tiny bit of negative feedback is nothing in comparison to those who are on the front lines, being told that they should be dead rather than authentically themselves. And so, I want to give some space here to my friends in the LGBT+ Mormon community who are feeling far more than I am. 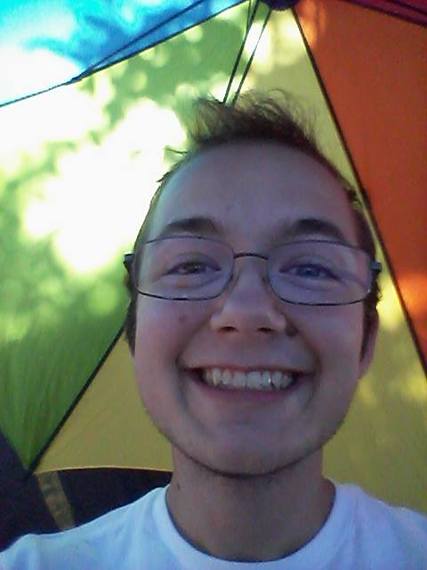 When you speak of [Orlando], or post about it, or offer your prayers, I would ask one thing of you. Do not erase the victims of this crime. Do not ignore the fact that this was an attack on the LGBTQ community, an act of domestic terrorism towards us. You cannot grieve for this kind of tragedy the same way you grieve about a fire, an earthquake, or a hurricane. This was not random, this was not meaningless. This was not an isolated incident. This is a symptom of a greater problem in our society.

Violence against LGBTQ people is happening all the time, all around you. It happens because our society is still full of voices that tell people to hate and fear us. It happens because there are so many people who claim that our families, our identities, our very lives are an attack upon them. And it happens because countless other people stand by in silence; people who would never turn a gun against us, but refuse to speak of us in anything but condemnation.

The things you say, and the things you do not say, have consequences. Words have power. Your voice may not move mountains, but it shapes the lives of the people around you. When you speak of us, who might be listening?

When your words are heard by someone vulnerable and frightened, hiding the fact that they are different from what society calls the default, what will they hear? Are you telling them that they're broken, or unclean, or undeserving of love and life? Are you teaching them to hate themselves, to live in silent shame over the making of their soul?

The messages you send matter. A tiny air current may seem harmless, but collectively they can form a storm. No individual person can change everything, but each of you can change something.

So yes, grieve with us. But more importantly, help us. Share your sympathies, and then speak up in our defense. Keep us in your prayers, and then work to make a world where something like this never happens again.

And if you are unwilling to offer us anything but hollow condolences, if you tell us your thoughts are with us but cannot bring yourself to even speak our name, then you are contributing to the cultural toxin that has left so many of my people dead. Your voice is not harmless. Your hands are not clean." 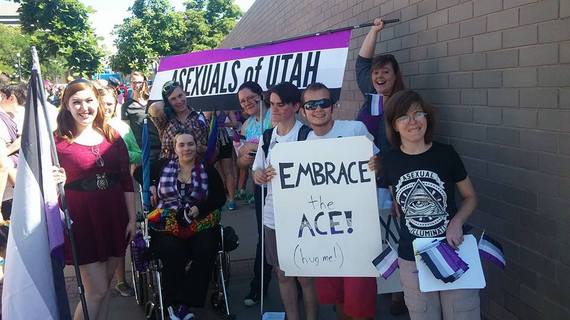 "So here's the thing world, lots of you seem to want us dead, or at least silent and invisible and completely out of your experience. Well, if you want to kill us, there's pretty much nothing I can physically do to stop you from doing so, as attested by the massacre this weekend and the inhumane amount of violence you inflict on us every day around the world.

You don't get computers and you'd all be under Nazi rule because Alan Turing who invented modern computer science and accomplished the technological breakthrough that ended World War II was gay.

You don't get nice clothes, because many of the most important designers of the last century were gay.

You don't get Orange is the New Black.

You don't get to laugh nearly as much as you do now because Ellen, Kate McKinnon, and Cecily Strong are all gay.

You don't get our haircuts or our floral design or our decoration or our music or our art or our literature.

You don't get the Lion King because Elton John is gay. If we're out of the picture, your picture is a lot worse off."

As a Mormon and a Christian, I would add that hate is always wrong. Love is always right. But for now, we must all mourn those who have lost their lives for being who they are, we must mourn the loss of safety for the entire LGBT+ community, and we must do what we can to stop this from happening again.