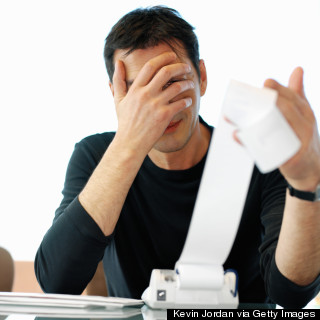 For the past year and a half, my husband and I have been on a mission to get out of debt. I took on a huge loan for graduate school, my husband had a small loan from his undergraduate and, in our first year of marriage, we took on some consumer debt (two credit cards) because we were living above our means.

If you would have asked me about it while we were accumulating the debt, I wouldn't have worded it that way. I would have said: "We both have degrees, and we don't even make enough money to pay our bills!" But ever since we've been on this get-out-of-debt journey, I've realized: There are so many things I can live without.

Most of the following things I used to think were necessities. Since then, I've changed my mind.

I have learned the art of yoga in my living room -- using YouTube videos. There is nothing wrong with a gym membership, and I may get one again someday when we're out of debt, but it is not a basic life necessity, and for now we're saving $100 per month.

I'd much rather read a book than watch a TV show, but this has been a sacrifice and adjustment for my husband, who likes to watch sports. Thanks to friends with cable, we catch the most important games, and we spend a lot more time doing other fun, productive things than we would otherwise.

I thought I would die before I could live without the Internet at my house (spoken like a true millennial) but it turns out I'm still living, and having no Internet at home actually taught me leave work at work. It can also save (with cable and Internet combined) up to $100 per month.

Before we started this whole process, I didn't realize the difference between a luxury food item and a necessary food item. Things like coffee, chocolate, potato chips, soda, lemonade and junk food don't make it into my cart every week. We eat a lot of rice, oatmeal, beans, some lean protein and vegetables. We're actually eating healthier and saving money.

We used to spend more money on this than almost anything else, and we honestly didn't feel like we had a choice in the matter. We were busy all the time, and when we were out, we had to eat -- right? Since then I've learned how, with a little preparation, we could save hundreds of dollars each month, by simply taking lunches to work and/or carrying snacks in our car or my purse.

Grabbing a coffee on my way to work wasn't a daily ritual, but something I would do once or twice a week. Meeting friends for coffee was basically a given part of my weekly schedule. $3.50 never seems like much when you're purchasing that latte, but it adds up really fast over time.

We did an experiment this year where we didn't buy anything new -- only used -- for a certain period of time. We moved during that time, and bought only used furniture, used electronics and used clothing (for the new climate). It was such an incredible lesson in how, with a little extra effort, it's almost always possible to save money and reduce your footprint by buying used.

Our clothes are getting a little outdated and threadbare, but for now, we aren't making room in our budget to buy new ones. We can live without them until the debt is payed off.

We try not to make a big deal out of this. If we're invited to a wedding or party, we bring a gift. But for now, we aren't buying gifts for each other when holidays or birthdays come around, and we haven't done gifts for our friends' birthdays either. Someday, when we're out of debt, we plan to be generous with the excess we have.

My husband and I share a car, which means only one tank to fill, one oil-change every three months and one set of filters and tires (and other moving parts) to maintain. It has been a huge adjustment for us, and it won't work for everyone, but for now we feel really blessed that we're able to make it work.

We haven't gone without all of these things for the entire 18 months we've been paying off our debt -- and I know there are people who have even less than we do and are still struggling to make ends meet. The point I hope to make here is not that it is easy to get out of debt, but that there is often more leeway in our budgets than we think.

If we're really interested in paying off debt, growing a savings account, purchasing a house, or going to college without loans, we have to be willing to put our money where our mouth is.

What Consumers Cut To Save On Gas