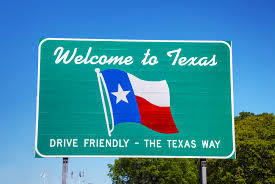 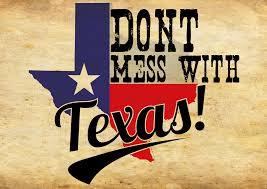 After our mighty adventures in the desert of West Texas, where the majestic Big Bend Park is located, where the famous Rio Grande River separates two countries, where the strange lights of Marfa and the dry charms of desert towns have enchanted us, we finally travel to San Antonio for a couple of days.

The city has certainly changed a lot from the Mexican outpost it once was, to a more sophisticated venue. We never even ate Mexican food! (Although you can, everywhere). The city is now baptized the new Austin, as many large IT companies have chosen San Antonio over Austin, for less traffic, more space, less high prices, and more working force. Some people even live in Austin and commute every day to San Antonio - the hour drive spares them the nightmarish jams at peak hours.

Below are a few of the choice places we visited. We purposively avoided the Alamo, the River Walk, SeaWorld, the Tower of the Americas - - and other well-traveled tourists' attractions, to discover less crowded local sites.

This is where the freshly restored Hotel Emma, the old Pearl brew house, is now reborn as a grand hotel with sumptuous rooms, authentic old-fashion bathrooms and a restaurant offering organic products straight from a Texas farm. The lobby sits in the former engine room, minus the steam. 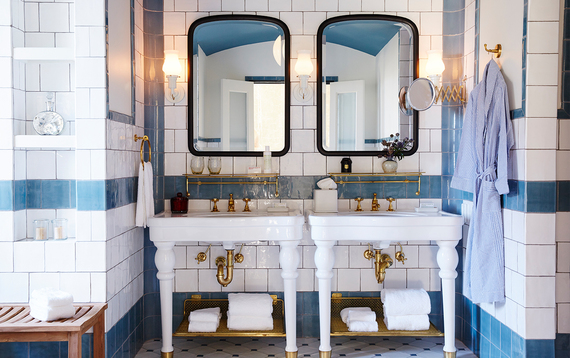 Cured: the Pearl Brewing Company's former administration building, where workers used to collect their paychecks, is now an eatery specialized in all things cured -- sausages, charcuterie, and pickles.

Within the Pearl, the sweet spot is the Bakery Lorraine, where French macarons really taste French; I am an expert in that. Lick for ice cream, and the Tiny Finch for exotic gifts, as well as the Culinary Institute of America -- cutely baptized CIA -- all make for a real and rare pearl in the center of the city.

Although we did not see it, the Pearl has a farmers' market on a regular basis, with staples from all-around the county. On weekends, rain or shine.

Another large compound that feels more like a town center than a shopping mall. It includes Whole Food and Trader Joe's, my two favorite food stores. Plus a Restoration Hardware shop, a definite draw for me! Several restaurants and stores, 60 in total, plus a movie house, and you never have to leave! It's called a lifestyle center - this has to be the first time I see a shopping area named like so.

Once a cement factory, the facade was kept in the renovation, and the four historical smokestacks can be seen from miles around. Another testimony to the dedication of the city to keep its ancient landmarks very much part of the modern urban landscape. 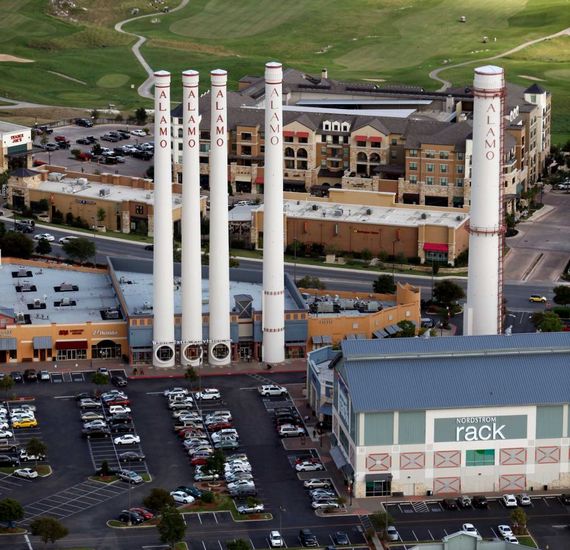 The warehouse-like set of buildings used to be the Blue Star Ice and Cold Storage, vacant for years when in 2010 the new Mission Reach of the San Antonio River Improvement Project incorporated the site and opened it as the trailhead for the seven-mile Mission Reach connecting four of San Antonio's Spanish Colonial Missions.

The Complex now includes a contemporary arts museum, Red Dot, several bars and restaurants, a theater, and even apartments. We saw a small audio exhibit by Justin Boyd, consisting of recorded city sounds of Berlin, Germany.

In the South part of downtown, the food trucks have now cemented this new way of dining al fresco and rather on the cheap. This totally grants the status of cool city to the new San Antonio, a foodie's corner. And not necessarily for Mexican food! 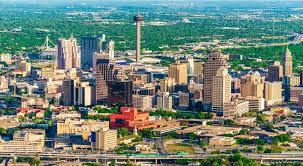 This coming weekend, we are going to visit the German town of Fredericksburg and its Enchanted Rock, about one hour outside of San Antonio. Stay tuned.