In an interview with CNN on Wednesday morning, the bronze medalist said he would be willing to accept the vice president’s invitation to sit down and have a conversation.

“I agree with so many people that you don’t get to make any sort of change if you don’t try to at least reach across and have the opportunity to speak,” Rippon said. “I’m making it clear that I would really like to have that conversation because I still have that Olympics platform and I’d like to use it.”

Rippon had previously said that he has nothing personally to say to Pence, who has pushed an aggressive anti-LGBTQ agenda during his political career. But now it seems Rippon is set on using the meeting as a way to represent those whose lives have been personally affected by legislation Pence has supported.

“I felt the responsibility to speak up for people who may not feel like they have a voice,” Rippon said. “The conversation isn’t for me. It’s for people whose lives have been changed by legislation that he’s pushed.”

Rippon, the first openly gay U.S. Winter Olympian, made headlines just before the 2018 Games when he called out Pence for leading the U.S. delegation at the Pyeongchang, South Korea, opening ceremony while simultaneously opposing equality for LGBTQ Americans.

Pence’s office reached out to the figure skater to set up a meeting, which the Olympian declined as he was preparing for competition.

Pence tweeted his support for Rippon and all the athletes competing, which the figure skater labeled at the time as disingenuous.

.@Adaripp I want you to know we are FOR YOU. Don’t let fake news distract you. I am proud of you and ALL OF OUR GREAT athletes and my only hope for you and all of #TeamUSA is to bring home the gold. Go get ‘em!

Take a look at Rippon’s interview in the video above. 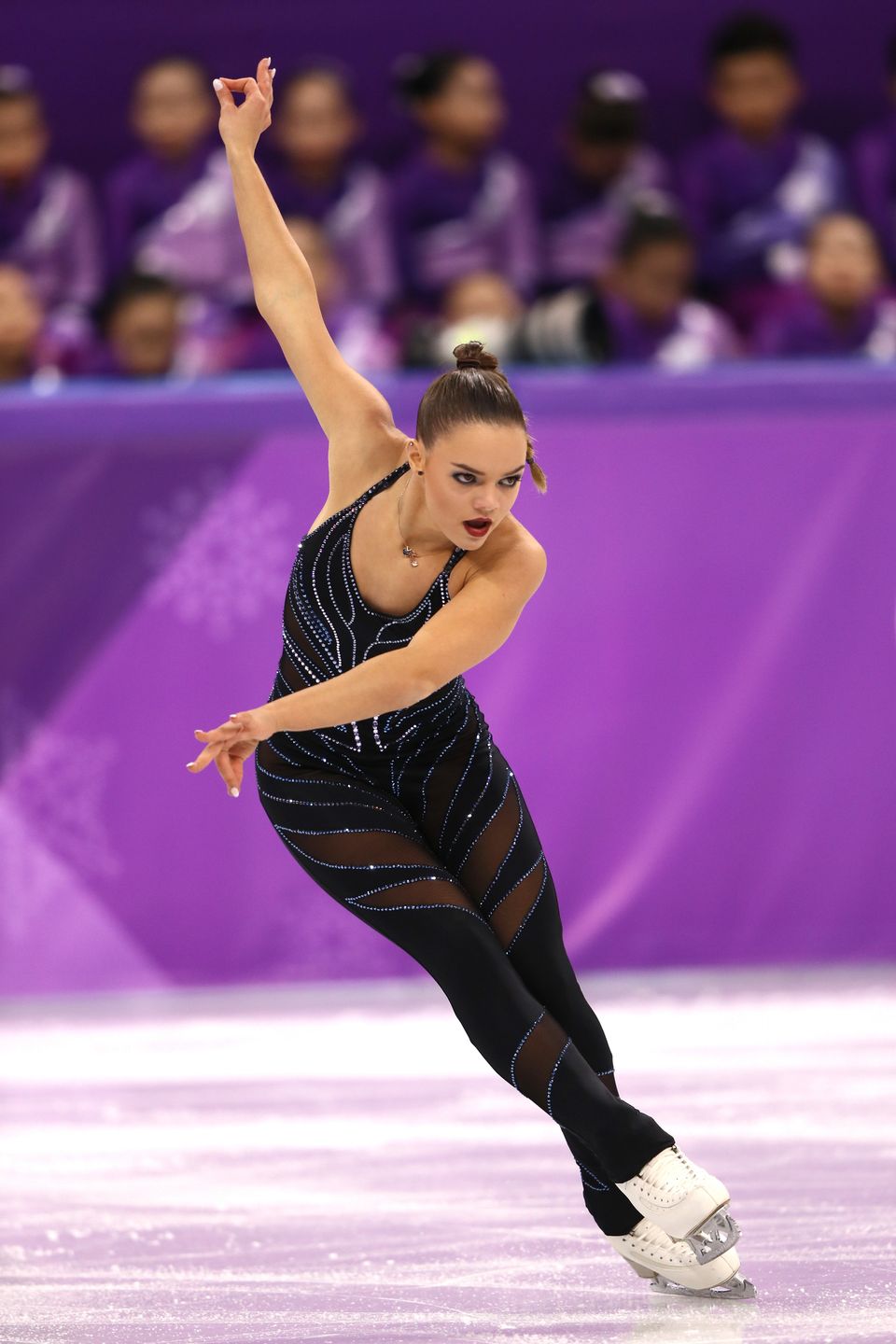 1 / 20
Loena Hendrickx
Belgium's Hendrickx was one of a handful of women who chose to wear a unitard for competition. The skater wore this number for her short program during the ladies single event, and while we love the idea of it, the mesh panels on the front are a little much.
Jamie Squire via Getty Images