A new study provides scientific evidence that alcohol may be effective at relieving physical pain.

According to research London’s Greenwich University published in the Journal Of Pain, patients whose blood alcohol level is .08 percent have a higher pain threshold and a reduction in pain intensity.

The downside, of course, is that .08 percent is the level considered to be legally drunk in the U.S.

Dr. Trevor Thompson, who headed the study, is high on the findings, which strongly suggest alcohol can be an effective painkiller.

Thompson told the Sun that alcohol’s pain-killing effects are comparable to codeine, and said the findings suggest the effect is more powerful than paracetamol [generic Tylenol].

However, he was quick to tell HuffPost that his study didn’t directly compare booze with any over-the-counter drugs.

“As far as I know there are few, if any, studies that make this head-to-head comparison,” Thompson told HuffPost.

Researchers analyzed 18 studies of 404 subjects and found that a .08 BAC is the level at which pain relief really begins to take effect.

“Some studies used higher levels and some used lower levels, and this tended to reflect in higher and lower levels of pain relief respectively,” Thompson told HuffPost.

Researchers wrote in the study’s abstract that the pain-relieving effects of alcohol could “potentially contribute to alcohol misuse in pain patients.” They suggest “raising awareness of alternative, less harmful pain interventions to vulnerable patients may be beneficial.”

“If we can make a drug without the harmful side-effects then we could have something that is potentially better than what is out there at the moment,” Thompson told the Sun.

More research is needed to determine  whether alcohol reduces feelings of pain by affecting brain receptors or by lowering anxiety, and making people think the pain isn’t as bad.

PHOTO GALLERY
17 Terribly Weird Alcoholic Beverages You Should Know About

Booze Might Be A Great Painkiller, Says Most Obvious Study Ever
17 Terribly Weird Alcoholic Beverages You Should Know About 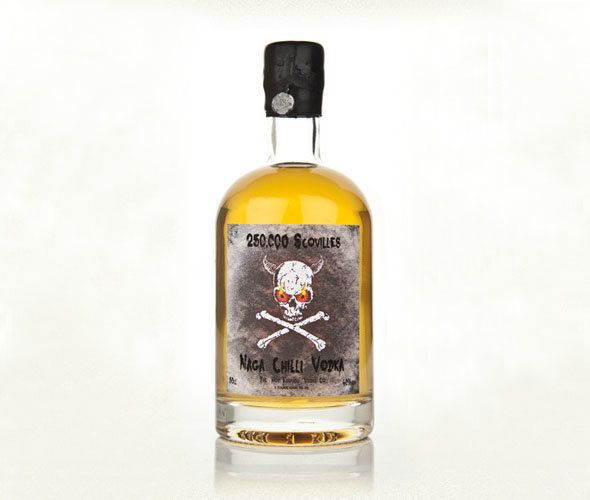 1 / 17
Naga Chilli Vodka
Touted as the world's hottest vodka, Naga Chilli Vodka claims to be 250,000 scovilles ~hot~. Per the maker's&nbsp;<a href="https://www.masterofmalt.com/vodka/the-hot-enough-vodka-co/250000-scovilles-naga-chilli-vodka-50cl/" target="_blank">product description</a>, it's "so horrendous we suggest you don&rsquo;t even purchase it."&nbsp;🔥
Master of Malt