Everything is NOT awesome between Amazon and Warner Bros. The online retailer has pulled all pre-orders for next week's DVD and Blu-Ray releases of "The Lego Movie."

The New York Times reports that Amazon and Warner are locked in a contract battle that's also seen pre-order delays for other upcoming Warner films, including “300: Rise of an Empire,” “Winter’s Tale” and “Transcendence."

An Amazon spokesperson reached by the Times would not comment on the business dispute, and Warner Bros. spokesman Jim Noonan told Reuters that his company's "policy is to not comment on contract points or any proprietary issues involving our partners."

Fans of Warner Bros. movies aren't the only ones affected by the dispute.

VizMedia, which produces Japanese animated DVDs such as the "Bleach" and "Naruto" series that are distributed by Warner Bros., has noticed customers posting complaints on Facebook about their inability to pre-order upcoming titles from Amazon.

"Our products are distributed by Warner Brothers, and currently they're in contract negotiations with Amazon. Pre-orders are disabled while that goes on, but we're hoping it will be resolved soon," VizMedia stated on May 29.

Other movie fans have taken to Amazon's forums to vent.

"I guess I can thank Amazon for steering me back towards brick and mortar stores," a user named John A. wrote while complaining about the inability to pre-order "The Lego Movie."

Amazon is also currently fighting with the Hachette publishing company, pulling pre-orders for some books and delaying shipments for others. At one point, Amazon suggested that customers who want those titles shop elsewhere.

"Lego Movie," "300: Rise of an Empire" and "Winter's Tale" were released online ahead of the DVD and Blu-Ray, and as of this writing, the streaming versions remain available via Amazon Instant Video. 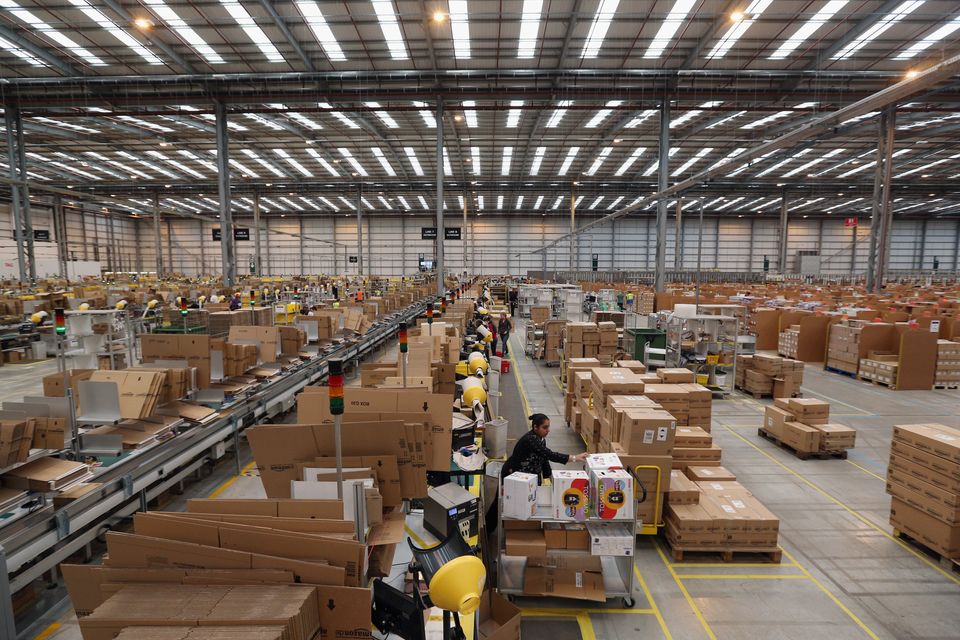 1 / 14
Online Retailers Amazon Prepare For Cyber Monday
PETERBOROUGH, ENGLAND - NOVEMBER 28: Employees select and dispatch items in the huge Amazon 'fulfilment centre' warehouse on November 28, 2013 in Peterborough, England. The online retailer is preparing for 'Cyber Monday', as it predicts the busiest day for online shopping in the UK will fall on Monday December 2nd this year. On Cyber Monday in 2012 amazon.co.uk recorded over 3.5 million individual items ordered, which equates to 41 items purchased per second. The Peterborough fulfilment centre is 500,000 sq ft, equivalent to approximately seven football pitches in floor area. Amazon are due to employ more than 1,000 seasonal staff to cope with increased demand in the run up to Christmas. (Photo by Oli Scarff/Getty Images)
Getty Images