As a film programmer, in these difficult and chaotic times in Israel, I find it more complicated to run a festival that engages with the topic of Arabs and other minority populations in Israel. Both sides of the conflict are hesitant to engage in activities that bring the two sides together. Violence between Arabs and Jews erupts almost daily, driving citizens to lynch and attack innocent bystanders, while racism becomes an accepted part of the vernacular and even part of successful election campaigns. In addition, the artistic community feels under scrutiny of a threatening ministry of culture. And from another side, there is a growing movement advocating the boycott of Israeli art and threatening artists that dare to work with Israel (or Jewish institutions). Just last week one of the closing night films of Other Israel Film Festival was pulled by the filmmakers, keeping a much needed voice from the community. With both sides in such, turmoil, where is the hope?

I found hope this weekend at the Other Israel Film Festival. Amidst the violence, boycotting and polarization, comes a festival that dares to have conversations and asks the audience to listen to one another. If you look online at comments on any article relating to Israel/Palestine, you will see slogans thrown back and forth. People who care about these topics need to hear one another and change the culture of violence and silencing to one of dialogue and understanding.

This goes for the American Jewish community as well, which has become completely polarized when it comes to Israel. No one can have an event about Israel without feeling threatened by one side or another.

The founder of the Other Israel Film Festival, Carole Zabar, talked about seeing a film about the people of Sderot, a community only known for being in the headlines as the leading victim of the rockets from Gaza. Through this film, Rock in the Red Zone by Laura Bialis, she got to see the people and understand why they are there in a way that the news never managed (or never tried) to convey. The film received a standing ovation when presented this past Saturday night at the festival, and more importantly, almost 100% of the audience stayed to discuss and better understand the situation. 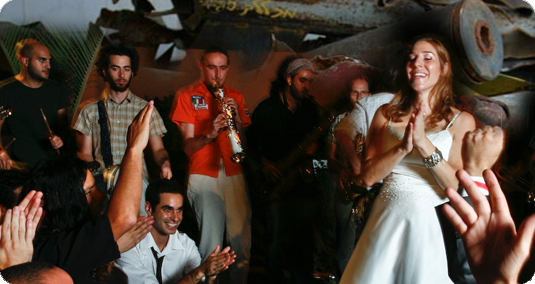 The politicians, through the media control which voices are heard and which narrative will live on. Through films we learn of other narratives that exist. The feature Censored Voices by Mor Loushy tells the story of soldiers who recorded their less than euphoric feelings about the 1967 war. This war is celebrated in Israel with no question of the consequences. Of course, others see this war as the turning point towards Israel's ethical downfall. Regardless, this film shows soldiers who care about Israel and care about the ethical implications of this war. To me, this film is hopeful. Some like to hide Israel's self-criticism, noting that since Israel receives enough criticism from the world, the Jewish community should only praise Israel. But showing the world that Israeli soldiers are human beings who are disturbed by their actions in a time of war is one of the best things you can say about the Jewish state. I am surprised by anyone who is not disturbed by the actions of war. And hearing young filmmakers who care enough about their country that they feel this narrative must be told, is promising. Once again, the entire audience stayed after the film to discuss and listen to the director's voice. 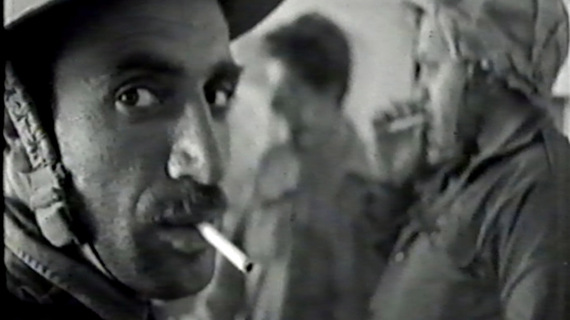 Both of these films open this coming week in NY theaters. This is an opportunity to truly see the diversity of people and voices beyond the stories that are featured in the headlines. These stories return to people their humanity. But more importantly, this is an opportunity to change the way we discuss Israel. We need to learn to listen and not just to voice our opinion. We need to hear things from other perspectives and for them to hear you. The breakdown of communication only dehumanizes an already brutal conflict. I am hopeful when I get to present films that challenge and push the conversation forward.