In The Revenant, which has been nominated for a dozen Oscars, Leonardo DiCaprio, as mountain man Hugh Glass, escapes the Arikara Indians pursuing him and other trappers by fleeing into a fast moving river and through a series of dangerous waterfalls (with a stunt double actually going over the falls). 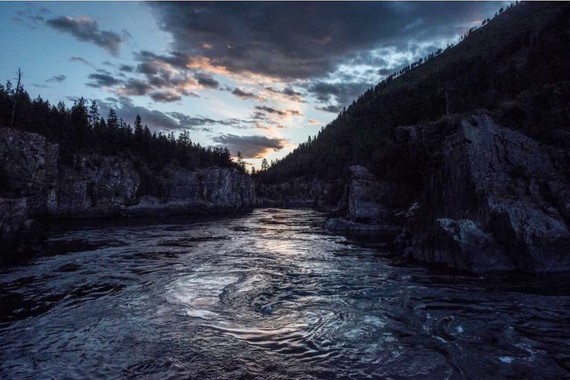 The scene is one of the most gripping whose co-star with DiCaprio is the spectacular landscape of what is supposed to be early 19th Century North America in the early 19th century. In fact, most of the movie was filmed in Canada, Argentina, and Mexico, but the river escape was shot on the spectacular Kootenai Falls in the Kootenai National Forest of northern Montana.

As movie fans watch the Oscar telecast on Feb. 28, they probably know The Revenant is one of hundreds of movies shot in our national parks and other publicly-owned lands, dating back to the earliest days of the film industry. At a time when a handful of protestors in the West want to give federal lands back to the states, Oscar season is worth celebrating the hundreds of movies that could never have been made on anything but the federal land all of us own together.

That list includes setting like the one in The Revenant, which were chosen as part of the story, but many other location shoots often stood in for other parts of the nation, the world, and even galaxies from a long time ago, and far, far, away.

As a long-time film fan, I know it is only natural that movies about American pioneers and Native Americans were shot in the vast spaces of our public lands where the events depicted often occurred. It is only fitting that movies like Dances With Wolves were partially filmed in Badlands National Park, The Last of the Mohicans was shot partially in the Pisgah National Forest, A River Runs Through It was filmed in the Gallatin National Forest, Into the Wild in Denali National Park, and Wild, filmed in a variety of places, but particularly Crater Lake National Park. Of course, the harrowing 127 Hours was shot in Canyonlands National Park. 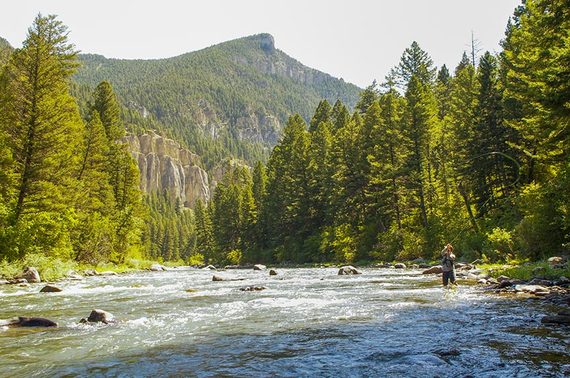 Of course, that classic American genre, the Western, took advantage of the home where the buffalo roam and the deer and the antelope play. From some of the earliest Westerns filmed in California's Owens Valley, hundreds of Westerns were shot on location. Butch Cassidy and the Sundance Kid was shot in Zion National Park. The 1957 classic 3:10 to Yuma on public land in Arizona and the 2007 remake by the same name was filmed in Santa Fe Natinal Forest, the great Shane was filmed in Grand Teton National Park, and the 1936 John Wayne classic, Stagecoach, was shot in Monument Valley. 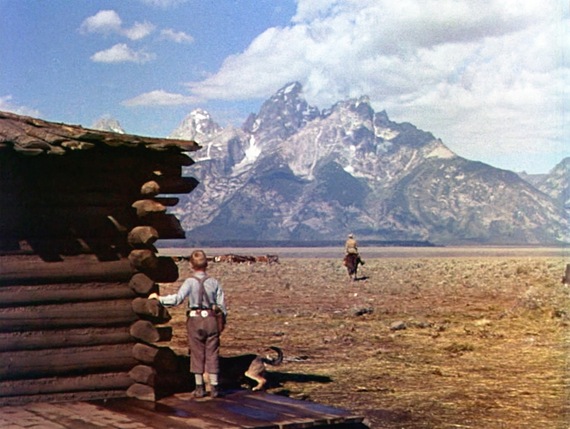 One interesting side note is that some of the best known films shot in famous parks actually had their climactic scenes filmed in studio replicas. Alfred Hitchcock fans might already know that occurred with the climactic scenes in North By Northwest, a chase scene over the presidential faces of Mount Rushmore, or the gripping final scene of Saboteur where the villain is pursued into the torch of the Statue of Liberty (a National Monument). 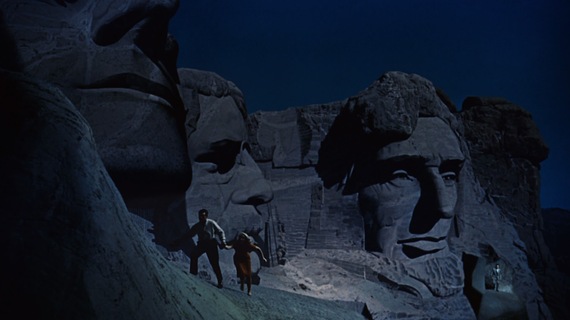 For sci-fi flicks, federal lands are literally out of this world. The photogenic peaks of Devil's Tower National Monument and Black Hills National Forest star in Close Encounters of the Third Kind. When George Lucas shot Star Wars: A New Hope, he used Death Valley National Park, while he put the epic battle scene between the Ewoks and Storm Troopers in Star Wars: Episode VI - The Return of the Jedi among the majestic trees of Redwood Natinoal and State Parks. And Planet of the Apes mixed present and future in the Glen Canyon National Recreation Area. Most recently, the dystopian adventure of The Hunger Games was filmed in Pisgah National Forest and DuPont State Forest. 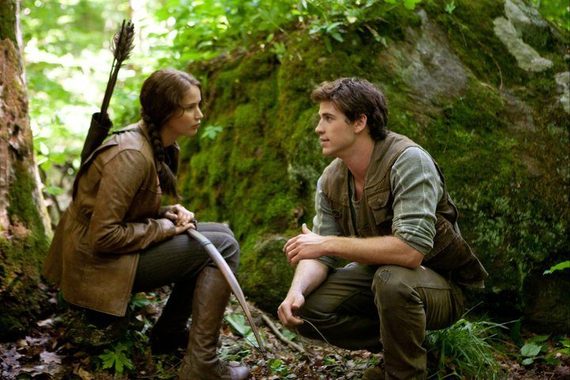 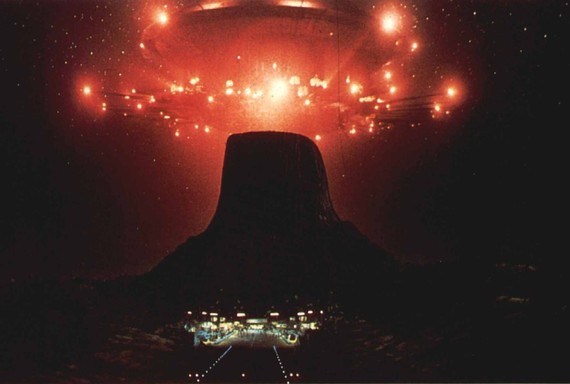 For action movies, nothing beats a majestic or moody landscape. The spooky thriller Shutter Island was filmed in Acadia National Park; actor Jack Nicholson drives through Glacier National Park to his winter "house-sitting" in The Shining, and The Hulk turned Arches National Park into a super hero battlefield. Arches was turned into another continent for Indiana Jones and the Last Crusade. 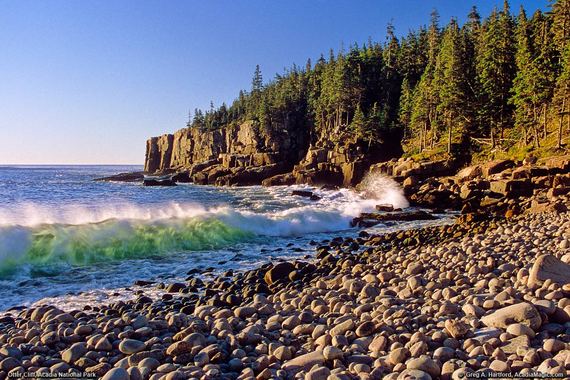 And directors looking for a setting for comedies and dark mysteries? Try a National Park: Thelma and Louise went off-roading in Canyonlands National Park, not the Grand Canyon as many viewers thought. Sylvester Stallone had Grand Teton National Park stand in for Siberia in Rocky IV and Big Bend National Park was the setting for the dark and moody No Country for Old Men.

And it's not just the wide open spaces that are used. Urban national parks are the settings for many political and espionage dramas and comedies, from All the President's Men and Forrest Gump which were shot among the monuments of the National Mall. The eerie thriller The Presidio was shot in, you guessed it, The Presidio, part of Golden Gate National recreation Area. The same location was used in Clint Eastwood's Escape from Alcatraz.

But despite all the famous locations, one parcel of federal land has had far more movies than any other, and it's a place few outside the film industry have ever heard of. The Alabama Hills, on the eastern slope of the Sierra Nevada mountains in California, has served as a Hollywood back lot since the early days of silent films, and more than 400 movies and scores of television series have been filmed there. The land is in the Owens Valley of California and is managed by the federal Bureau of Land Management. It has been the setting of multiple genres of movies, but especially for Westerns, "Middle-Easterns," and science fiction movies. 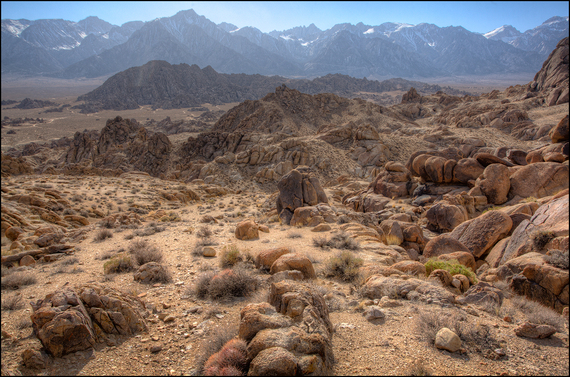 The Alabama Hills, just west of the tiny town of Lone Pine, has by spectacular rock formations and almost no plants. It originally became popular because it was located just a few hours' drive from Hollywood, where the industry began. From the first movie shot there in 1920, a silent Western starring Fatty Arbuckle called The Round Up, to the very recent Django Unchained and Iron Man, no public land in country or city has seen more lights, camera, and action. Even the local landmarks, from Movie Road to Lone Ranger Canyon and Gene Autrey Rock reflect it cinematic history. There is even the Lone Pine Film History Museum on Main Street where U.S. Highway 395 runs through the center of town. 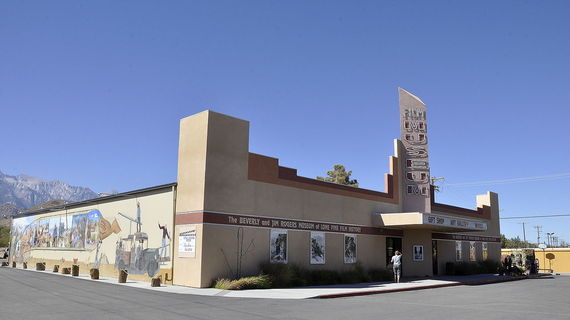 The score of western movies and TV series filmed there include The Lone Ranger, Bonanza, Bad Day at Black Rock, Broken Arrow, Wagon Train, Yellow Sky and How the West Was Won. Why take a long and expensive trip to India when you can use the Alabama Hills to film Gunga Din, Charge of the Light Brigade, and Kim; all supposedly set in North Africa, Iraq, Iran and other middle Eastern countries. Cecile B. DeMille' used the area for Sampson & Delilah. Of course sharp-eyed movie viewers get a chuckle seeing Mount Whitney -- the tallest mountain in the continental United States --looming over the alleged hills of India. The unearthly qualities of the landscape were also perfect for Star Trek: Generations and Star Trek: The Final Frontier, as well as Man of Steel and Transformers. As a Humphrey Bogart fan, I enjoyed visiting the Alabama Hills, and seeing the land he escapes to High Sierra.

But the ultimate national parks movie may be one which has just opened. In honor of the 100th anniversary of the founding of the National Park Service the IMAX movie National Parks Adventure is coming soon to a theater near you. Run out to see it--and then run out to see the real glory of America's grand National Parks and Forests.