The season of “Parts Unknown” that Anthony Bourdain was filming when he died in June is coming, and it’s sure to be an emotional rollercoaster.

A mere six episodes, Season 12 of the CNN series will show what Bourdain was up to in the months before he died by suicide. A snippet circulating online over the weekend shows an episode set in Kenya alongside comedian and fellow CNN personality W. Kamau Bell.

“I really felt like a passenger just wanting to be present for it,” says Bell in the clip. “And I didn’t want to suck—that was my overwhelming feeling, like, ‘Don’t screw up his show.’ Everybody who had dreams of traveling with Tony, it’s exactly as cool as you think it is.”

The show’s final journeys into parts unknown will include Kenya, Spain, Indonesia, West Texas, and Manhattan’s Lower East Side.

As Bell says in a clip filmed after Bourdain’s death about his time in Kenya: “The greater context of the show and the reality and the fact that Tony’s gone makes that like a — it’s like a punch in the gut.”

The new season premieres on Sept. 23 on CNN. 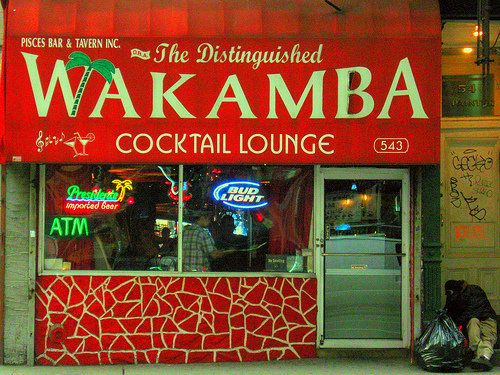 1 / 5
The Distinguished Wakamba Cocktail Lounge, New York
"It's a remnant of another era. There's no mixologist behind the bar. If you were to order a drink with more than two components, you'd get the dirty look." Photo from <a href="http://www.flickr.com/photos/curbed/3048873988/">curbed, Flickr</a>.
Flickr: curbed