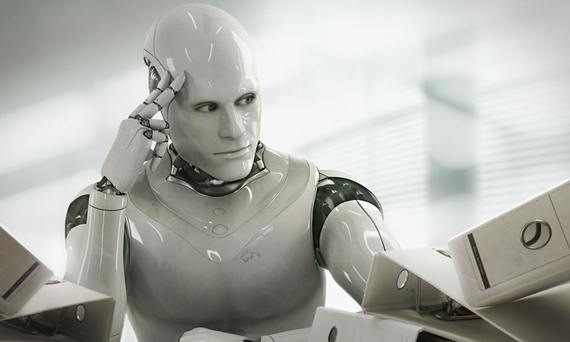 'Let's build a single supercomputer that is smarter than all of humanity put together.' While that sounds ominously similar to what a mad scientist in a fictional universe would say before unleashing a deadly robotic that destroys all humanity, that is exactly the ideal behind the advancement of artificial intelligence as we have come to call it. Technologists around the world have long fantasized about an artificial intelligence so powerful, that it is smarter than all of humanity combined.They have had romantic dreams about how an advancement of that caliber could forward the scientific advancement of the human race by several millennia, provided it doesn't kill them first. While such a negative utopia is still far from being realized, the development of artificial intelligence has officially commenced, the only question that remains is whether it will be humanity's greatest achievement or its biggest mistake.

Artificial intelligence is a vast and expansive genre. Progress in this genre will obviously lead to massive changes in almost every faction of life, depending on how technology as we know it impacts it today. Most of the AI manufactured today can expertize in no more than one area of intelligence and nothing more. One such example is the AI chess bot that can beat any known human in its own game, but that's basically all it can do. The artificial intelligence in these devices is limited to a single area of functioning. While this means that a multipurpose domestic robot with near-human intelligence is yet to be scientifically possible, the drawback also allows inventors to focus on the development of intelligence in a specific genre of impact and make significant changes to it. And as long as we are talking about AI and its impact on specific areas of human life, why not discuss when and how artificial intelligence can impact and transform the internet as we know it.

For a while, the concept of AI for the Internet seemed to be pretty much in the hands of giant powerhouses like Google and Facebook, each doing its best to monopolize the genre for profit. But lately, smaller organizations with none of the funds have come up with revolutionary ideas on how to improve the web using artificial intelligence. Artificial Intelligence has already been creatively implemented in several ways across the internet to highlight content based on user-preference,  show targeted advertisements, predict and manipulate behavioral traits amongst users and even create and design high quality content in a breeze.

One of the most popular ways artificial intelligence has found use on the internet is via its ability to intelligently target visitors based on their behavioral patterns and use the data thus collected to supply them with content recommendations. Cybernetic giants like Google and Facebook have been known to adapt this technology quite welcomingly. Rankbrain, the revolutionary new algorithm from Google, makes use of artificial intelligence to process unique search engine queries and supply users with customized results. AdWords, Google's advertisement counterpart, makes heavy use of artificial intelligence to target visitors on the web and supply them with tethered advertisements customized according to their behavioral patterns. As for Facebook, Mark Zuckerberg has made quite a sensation these days after announcing that Facebook will be using AI to sort items in its news feed. Apart from these, several content developers such as Netflix and Amazon Cloud have adapted similar artificial intelligence technologies to target users and provide them with a selective assortment of relevant content based on their browsing history.

Given the enormous success of artificial intelligence in the aforementioned field, it is only natural that a lot of businesses from the eCommerce industry have decided to invest their time and money into using AI to transform and improve product sales. By minutely observing the online behavior of potential buyers, AI can allow any eCommerce to display targeted product recommendations and thus improve their chance of sales from new and returning buyers. This way, artificial intelligence can automate the process of eCommerce, making it cheaper and more convenient, while in no way compromising the amount or quality of conversions generated.

Of course, analytics isn't the only field of the internet that AI has found use in. Lately, some promising startup organizations have come up with rather innovative ways of making use of artificial intelligence to make the internet a better place through the creation of quality content. A rather prominent one would be Grid, the website building software that was the very first to make use of artificial intelligence to automate the process of web designing and deliver a stunning website in a matter of minutes. Another technology that is worth mentioning would be Wordsmith, the AI-based 'natural language generation platform' that can turn raw data into insightful news clips that make online journalism a breeze. There is also a host of AI-based applications that can simplify the process of maintaining a social presence by automating your posts on social media platforms like Facebook and Twitter, though nothing significant comes to mind as most of it is still in beta.

But that's just the internet of humans. What about the Internet of Things? The internet of things is an automated network that allows for the free exchange of information and data amongst physical objects under the control of an external system. This allows the various devices integrated into a network to remain on the same page and function hand-in-hand in a coordinated system. However, given that the amount of data generated via the IoT is enormous, the devices within the network must rely on some form of artificial intelligence in order to be able to process said data and use it productively. This is done via a segment of artificial intelligence known as machine learning, which forms the basis of the internet of things and other related concepts. The internet of things is primarily dependent on artificial intelligence to say the least, as it allows the network to read and understand the enormous amounts of data without needing the presence of a human operator.

In 2016, the internet is the quite clearly the fastest growing industry in the world. Apart from being a storehouse of information and data, it offers us a thousand ways to educate, entertain and employ ourselves every single day of our lives. If we want to use AI to transform the way the world works, there is no better place to start with than the internet itself. If artificial intelligence can truly transform the way we create, send and receive information online, it has the potential to change the entire world.