As communities along the East Coast assessed damage from Hurricane Sandy on Tuesday, Atlantic City, N.J. was among the areas most ravaged by the storm.

The gambling hotspot was pummeled by heavy winds, rains and storm surges, with officials telling the New York Times that as of 8 a.m. Tuesday, 70 to 80 percent of the city was underwater. The Wall Street Journal adds that 2,600 folks were bused to shelters and 13,600 residents remained without power as of Tuesday afternoon.

Atlantic City's storm struggles were accompanied by some political fire between Mayor Lorenzo Langford (D) and New Jersey Gov. Chris Christie (R). Christie accused Langford of sending mixed messages to his city regarding evacuation plans. Langford denied those claims, charging that Christie was playing politics, and that he was ready to go "mano-a-mano" with the governor.

"The entire oceanfront Boardwalk in front of the Atlantic City casinos is undamaged with all dunes and lights intact. There is minimal-to no-visible damage to Casinos and other businesses fronting the Boardwalk along the ocean.

PHOTOS of the destruction: 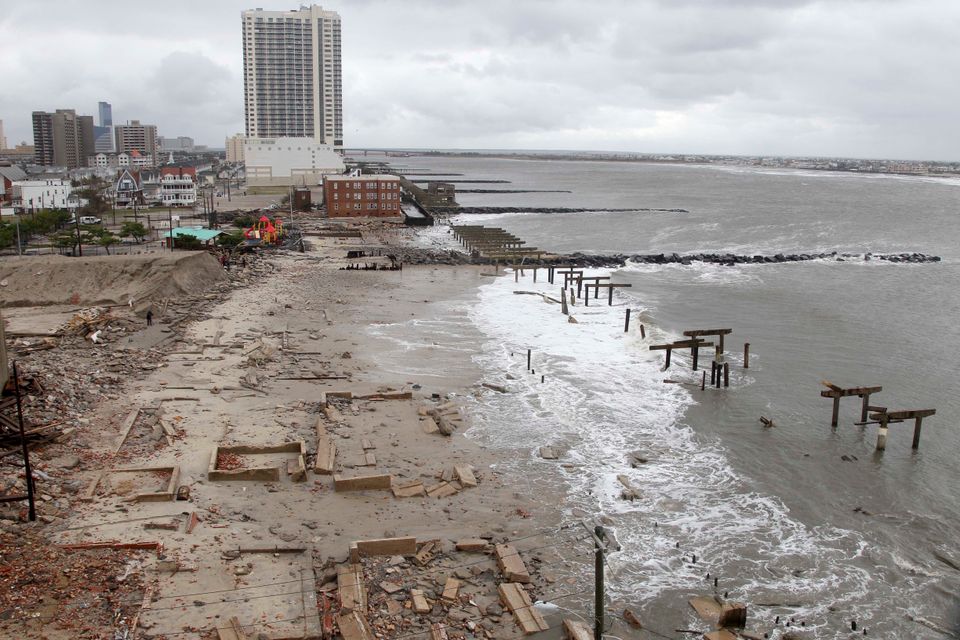 1 / 15
Foundations and pilings are all that remain of brick buildings and a boardwalk in Atlantic City, N.J., Tuesday, Oct. 30, 2012, after they were destroyed when a powerful storm that started out as Hurricane Sandy made landfall on the East Coast on Monday night. (AP Photo/Seth Wenig)
AP