We haven't heard much from Banksy since he ended his month-long residency in New York City, painting the town red -- sometimes literally -- with his signature street artworks. But two new pieces in England seem to signal that the cheeky graffiti icon is back in action, adorning English walls with scenes of sinister surveillance and technology-obsessed lovers. 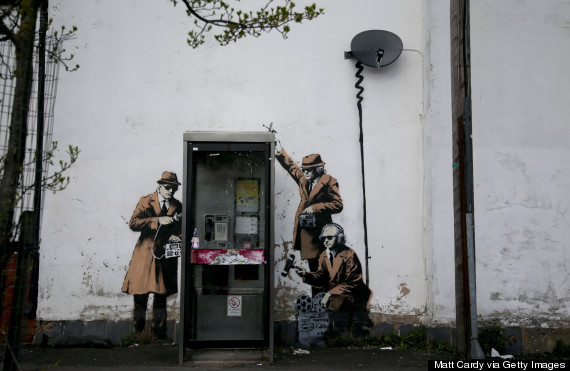 The first work -- depicting what appear to be ambiguous government officials wielding old-school recording devices outside a phone booth -- popped up in Cheltenham, England, near the Government Communications Headquarters. Banksy has yet to officially claim the piece as his own, but experts like street artist Dice67 and Bristol gallerist Vince John told the BBC they're "pretty sure" it's the work of the famed street artist. 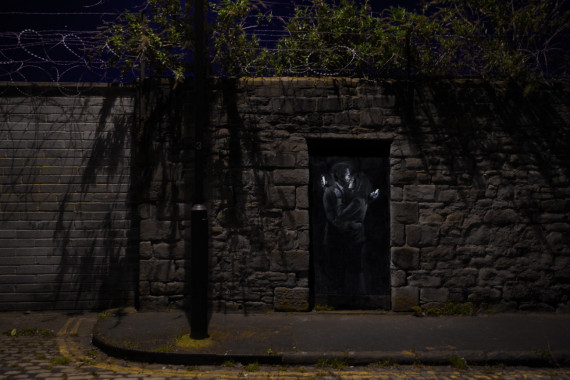 Not long after the Cheltenham artwork started attracting attention, Banksy posted the second piece -- a portrait of two cell phone-obsessed individuals in an intimate embrace -- on his website. The location of this design remains unknown, but we're sure avid fans will track the spot down soon. 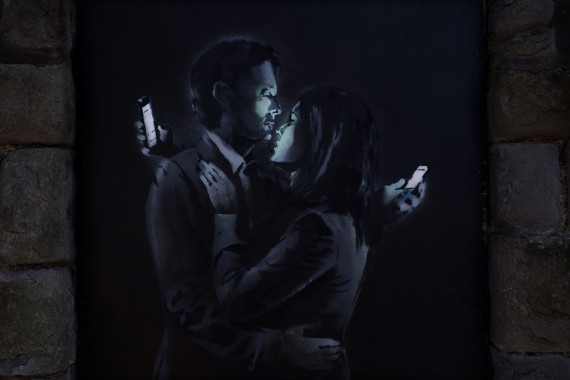 UPDATE: The image of "Mobile Lovers" was found to be in Bristol, UK, but it has already been removed.