It’s been nearly two years since Barack Obama retired from public office, but it looks like he hasn’t forgotten the skills you pick up on the campaign trail.

Such as kissing babies.

The former president was golfing in Hawaii recently when he came across young mother Chelcie Edwards, who was holding her baby daughter Paisley.

Obama took Paisley into his arms and held her like a man who remembers the early days of fatherhood.

Watch what happened when President @BarackObama surprised a crowd when he reached for and kissed Baby Paisley. We spoke to Paisley’s mom about its significance and 😩❤️ -- https://t.co/ZjQDJdbfdJ pic.twitter.com/AfcMkbtUPX

Paisley probably won’t remember the experience ― how was your long-term memory at 7 weeks? ― but her mother will likely never forget. Edwards spoke to Because of Them We Can, a site that focuses on the black community.

“To have the First Black President ever to initiate holding our daughter, let alone kissing her on the forehead, has to be one of the most pivotal moments of any [parent’s] life,” Edwards told the website in a post published Monday.

“For our little girl to be in the hands of a man that is so influential, yet still so humble, and allowing her to experience something many will never get to experience is a blessing from God within itself,” she said. “It’s just one of those things that’s just indescribable.”

The former president also shared this piece of wisdom with Paisley’s dad, Joseph Edwards: “You can’t beat having daughters!”

Of course, “baby kissing” has been a time-honored tradition for presidents and presidential hopefuls since the 1830s, when Andrew Jackson was in office ― it even has its own Wikipedia entry.

A story printed in 1888 claims the custom started in 1833 when Jackson took a “dirty-faced infant” from his mother’s arms and declared him “a fine specimen of American childhood.”

Here’s a video of the president with Paisley and ― spoiler alert ― it’s pretty cute. 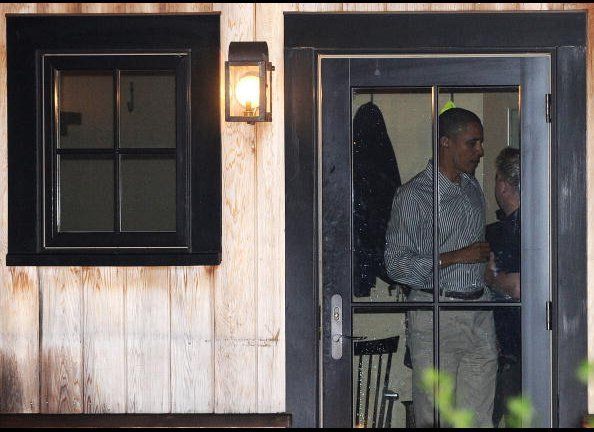