MADISON, WISCONSIN -- An estimated 30,000 students and supporters crammed in and around Library Mall on Tuesday to watch President Obama become the first sitting president to speak at the University of Wisconsin-Madison since 1950. Those who weren't lucky enough to get into the mall spread out across Bascom Hill, some huddling around laptops to watch the speech being delivered just beyond their line of sight.

The immensely popular congresswoman Tammy Baldwin, representing Wisconsin's second congressional district, kicked off the festivities just before 5:00 PM local time before yielding the podium to Senator Russ Feingold, a man whose electoral chances this November are much less certain.

Feingold dialed up the populist rhetoric, boasting about his label as the number one enemy of corporate lobbyists and blasting the Supreme Court over this year's Citizen's United decision. "When you're in bed with a special interest, there can be no doubt whose side you're on, and it's not the side of the people," Feingold said.

Feingold then turned the tables on his Republican opponent, Ron Johnson, while tackling the issue of big government. "I agree, too much government is a problem," Feingold started, "but there is one thing worse than too much government power, and that's a government that's bought, owned, and controlled by corporate special interests."

Then, after a brief introduction by Milwaukee mayor and Wisconsin gubernatorial candidate, Tom Barrett, the stage was set for the president.

President Obama used his pulpit atop the steps of Memorial Library to speak directly to students about issues affecting them the most.

"How many people are under the age of 26 in this crowd?" he asked, as the vast majority of the hands in the mall shot up. "Every single one of you, when you get out of college, if you have not found a job that offers you health care, you're going to be able to stay on your parents' health care until you're 26 years old," President Obama said, referencing a provision in the health care bill that was just put into effect last Thursday.

The President then discussed student loan reforms, which have effectively cut out big banks from the process. These banks were acting only as middlemen, according to President Obama, but collected tens of billions of dollars of taxpayer subsidies as profits under the old system. "We'll give the loans directly to students," Obama said, "and that means millions more students are going to be able to take advantage of grants and student loans."

As dusk settled on Library Mall, President Obama acknowledged the understandable frustration among Democrats in this election. "I understand people are impatient with the pace of change. Of course they are. Look, I'm impatient," he said. But he emphasized that progress takes time and sacrifice. "I am telling you, Wisconsin, we are bringing about change and progress is going to come -- but you've got to stick with me."

President Obama's message on Tuesday was consistent and clear: don't let frustration turn into cynicism and apathy on election day. "We cannot sit this one out," Obama said. "We can't let this country fall backwards because the rest of us didn't care enough to fight."

If you would like to find which candidates in your district best reflect your political views, visit the non-profit and non-partisan votesmart.org. If you have not registered to vote or if you're a college student (or anyone else) who has changed your address since the last election and needs to re-register to vote, go to vote411.org.

PHOTO GALLERY
Obama in Madison
Download
Calling all HuffPost superfans!
Sign up for membership to become a founding member and help shape HuffPost's next chapter
Join HuffPost
Voting Made Easy
Register to vote and apply for an absentee ballot today
Register now 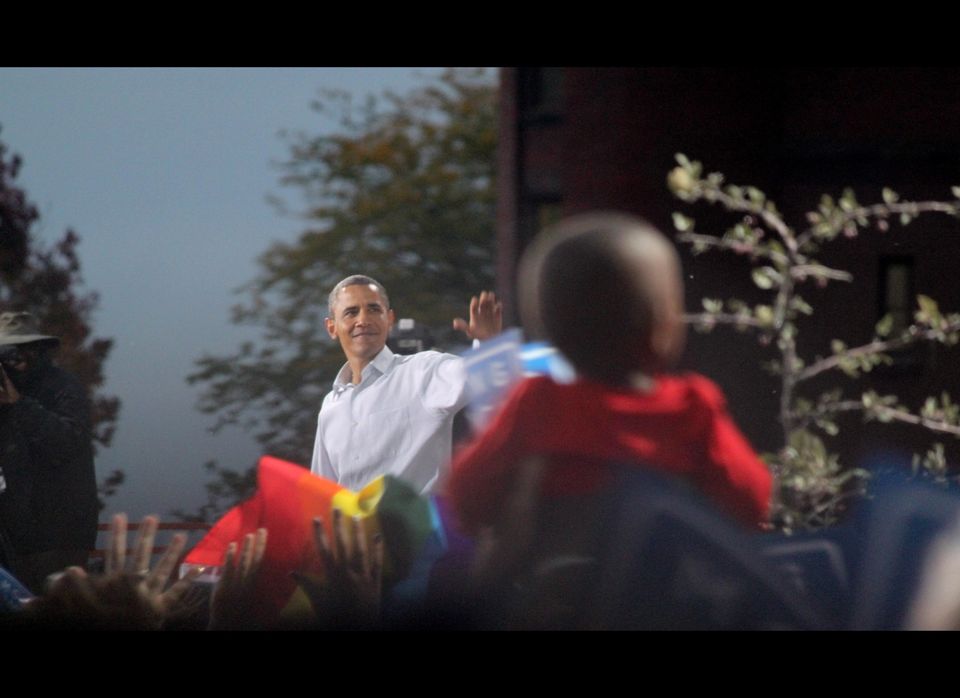