When older honeybees take on tasks usually handled by younger bees, aging of their brains is effectively reversed, a new study finds. The discovery suggests that in humans, social intervention ought to be considered in addition to drugs as a way to treat age-related dementia.

"We knew from previous research that when bees stay in the nest and take care of larvae — the bee babies — they remain mentally competent for as long as we observe them," explained Gro Amdam, who led the research at Arizona State University. “However, after a period of nursing, bees fly out gathering food and begin aging very quickly."

And this aging seems to resemble that in humans. "After just two weeks, foraging bees have worn wings, hairless bodies, and more importantly, lose brain function — basically measured as the ability to learn new things," Amdam said in a statement.

Amdam and colleagues wanted to find out what would happen if they "asked" the foraging bees to take care of larval babies again. To find out, they removed younger nurse bees from a nest, leaving the older foraging bees to face a choice: forage or care for the larvae. Some of the older returned to searching for food, and others switched to caring for the nest and larvae. After 10 days, about 50 percent of the older bees that had chosen to care for the nest and larvae had "significantly improved their ability to learn new things," the researchers said in a statement. [10 Ways to Keep the Mind Sharp]

The researchers also discovered changes in the proteins in the brains of the bees that had learned new things. One of the proteins that changed, called Prx6, is also found in humans and is known to help protect against dementia, including Alzheimer's disease.

"Maybe social interventions — changing how you deal with your surroundings — is something we can do today to help our brains stay younger," Amdam speculates. "Since the proteins being researched in people are the same proteins bees have, these proteins may be able to spontaneously respond to specific social experiences."

Other studies have shown several non-drug tactics can help boost brainpower in older people, including going for walks, taking music lessons, and gaining a sense of control over one's self and surroundings.

The findings, announced this week, are detailed in the journal Experimental Gerontology. 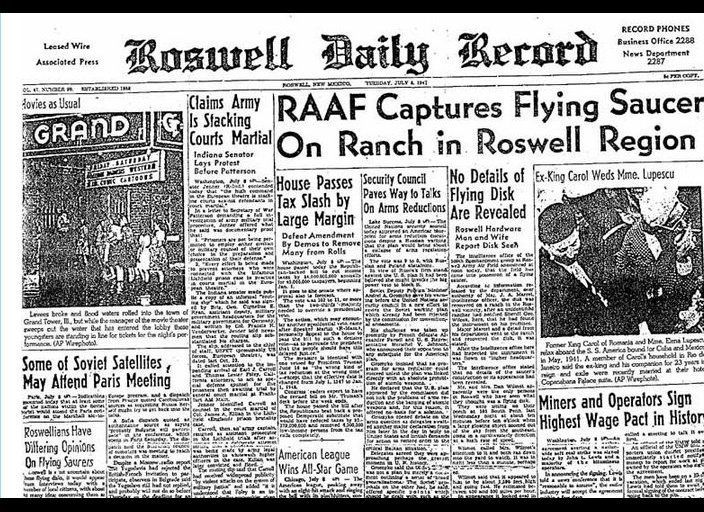 1 / 11
Roswell UFO
After a "flying disk" crashed on a ranch in the New Mexico town of Roswell, rumors began to circle about possible extraterrestrial origins and a government cover-up. The Roswell Army Air Field (RAAF) public information officer in Roswell, New Mexico, issued a press release on July 8, 1947 about the event.
Wikimedia: Public Domain