The piece, aptly titled "Jewels," was divided into three parts, "Emeralds," "Rubies," and "Diamonds," and featured music by composers Gabriel Fauré, Igor Stravinsky, and Pyotr Ilyich Tchaikovsky, respectively. The work was widely considered the first abstract ballet, given that it lacked a concrete narrative, and was made in collaboration with Claude Arpels, nephew of Louis Arpels -- yes, of French jewelry house Van Cleef & Arpels. 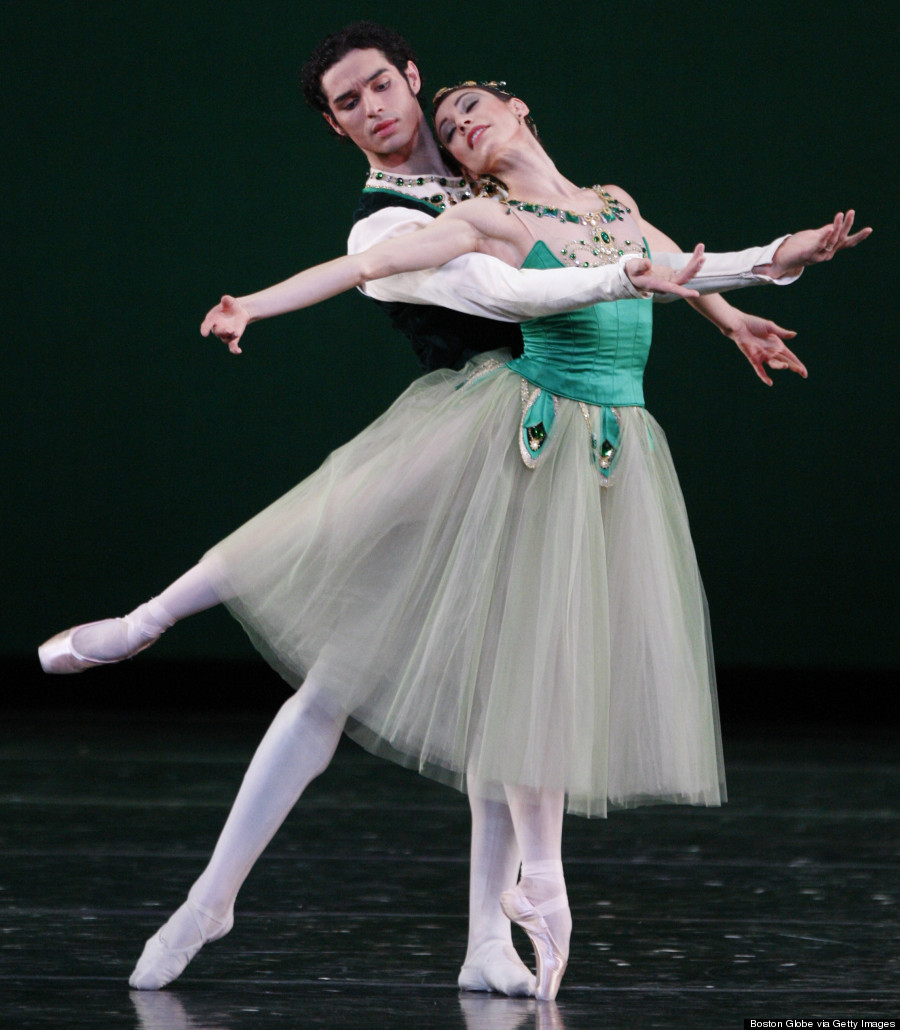 Carlos Molina and Erica Cornejo dance Emeralds during the first act as the Boston Ballet rehearses a performance of Balanchine's 'Jewels' in Boston, Mass. on Wednesday, Feb. 25, 2009. (Photo by John Bohn/The Boston Globe via Getty Images)

Almost fifty years later, another collaboration between the brightest minds in ballet and jewelry is brewing. This time, it's called "GEMS," and is choreographed by dancer, choreographer and founder of L.A. Dance Project Benjamin Millepied. "When we were inspired to revisit the concept and idea of Balanchine’s Jewels, it was very natural for us to work with Benjamin and commissioned him to create 'GEMS,'" Nicolas Bos, the President of Van Cleef & Arpels explained to The Huffington Post.

"Not only was this a work that he was familiar with, on a personal and artistic level, but creatively he has a vision of dance that beautifully balances the tradition and classicism of ballet with a new, contemporary style." 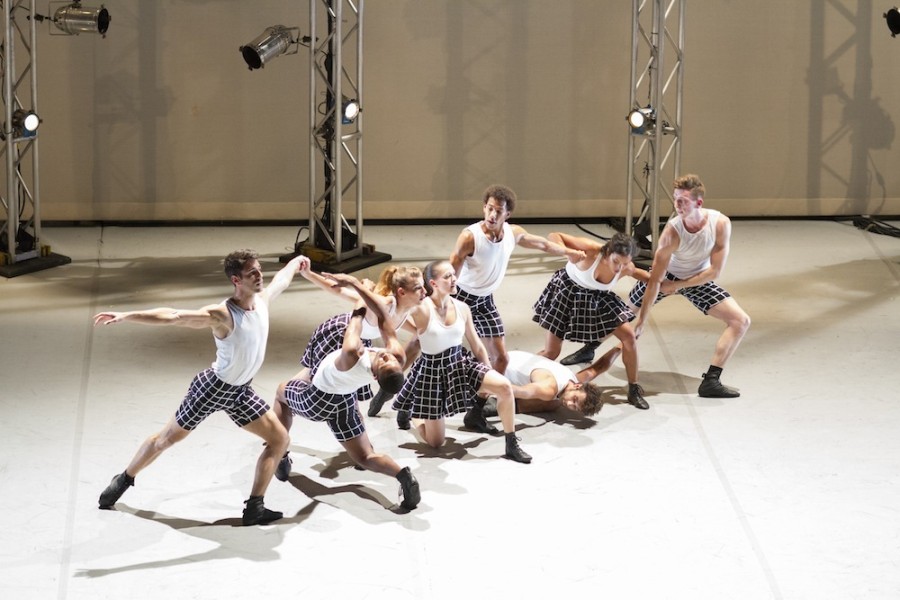 "Van Cleef & Arpels has a relationship with dance that dates back to the 1940s and has remained a permanent source of inspiration and fascination for the Maison," Bos continued. "The world of ballet, in particular, was a great inspiration to our jewelers, who wanted to replicate the grace and movement of the dancers in their creations." 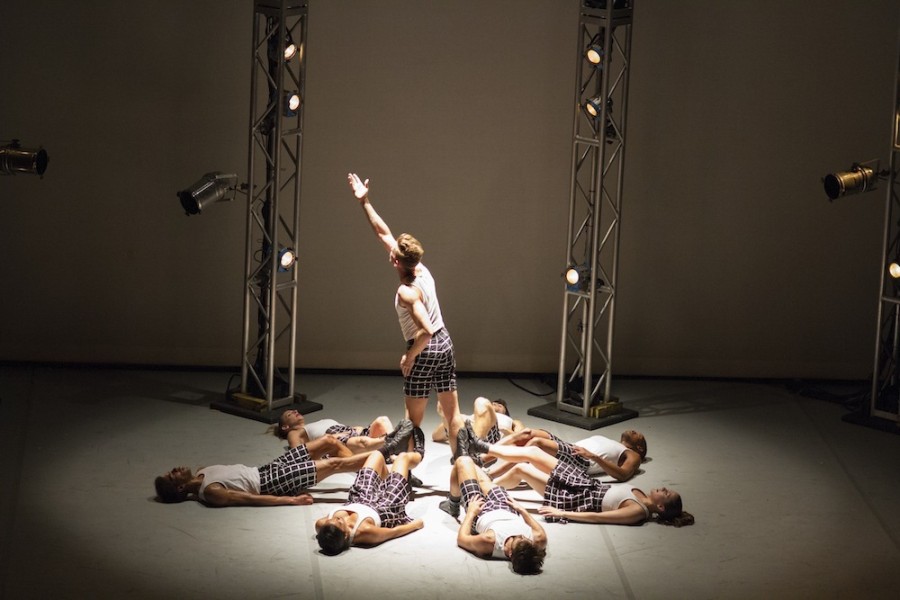 The second part of Millepied's three-part ballet series is titled "Hearts & Arrows," and in lieu of Stravinsky he's enlisted Philip Glass to compose the score. English conceptual artist and stage designer Liam Gillick created the set. "I think that for Balanchine, 'Jewels' was very much about creating a narrative to express different emotions," Millepied added, in an interview with The Huffington Post.

"This is something that I wanted to maintain in the creation of 'GEMS.' It was not so much about updating the work, but revisiting the concept and structure through a contemporary lens." 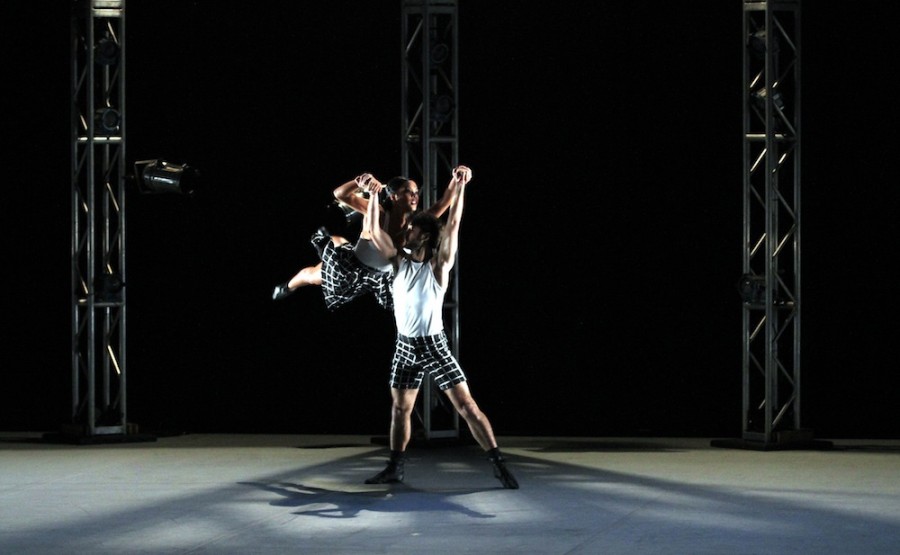 Millepied's first ballet of the series, titled "Reflections," premiered May 2013 in Paris and was performed earlier this year during L.A. Dance Project's residency at the Ace Hotel in Los Angeles. "For the first part, 'Reflections,' artist Barbara Kruger created a set that captured, the emotion of rubies through its red color," Millepied said. This time around diamonds are the gem of choice.

"I wanted to create something with more complex structures that would capture both the architecture and radiance of the stones." 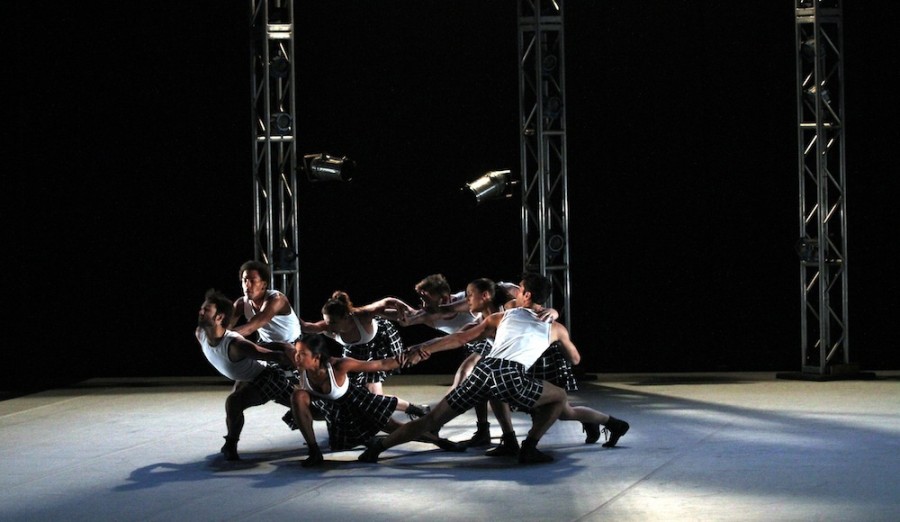 A select crowd was able to witness the international premiere of "Hearts & Arrows" on the heels of Miami Art Basel at the Olympia Theater in Miami’s Gusman Center. Its next stop will be Paris in April 2015, and it will continue touring around the world after that. Ballet buffs, stay tuned for future performances of ballet's most luminescent new work. Until then, enjoy this preview of the images below.