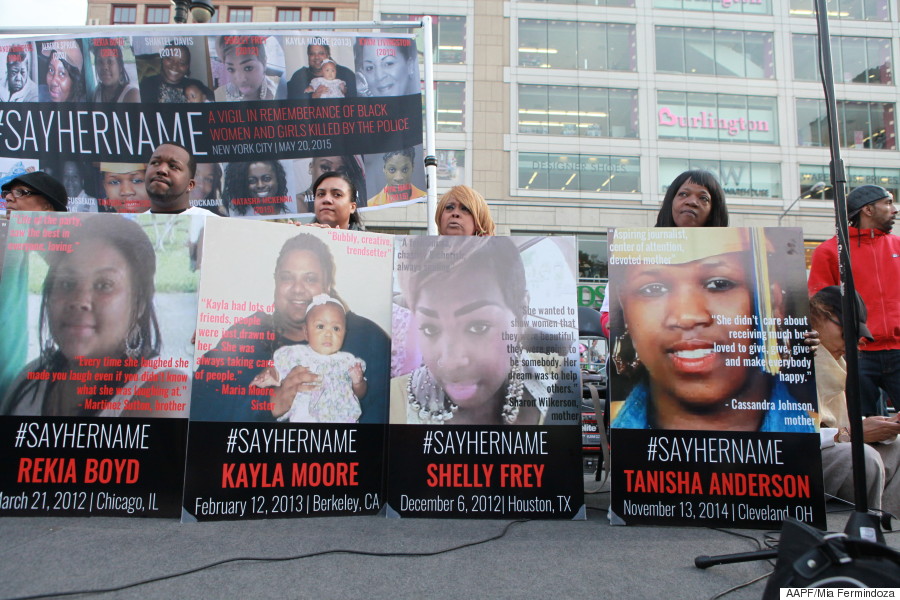 These names are etched into tombstones that stand over the graves of black women killed by police -- and were echoed at a vigil in New York City on Wednesday, where dozens gathered to show that these women should not be forgotten. For the first time, families of all these women came together to reflect on the lives of their lost loved ones and publicly share memories of their slain relatives.

It's not surprising if some of these names don’t sound familiar -- but, activists say, it's also not acceptable. As a national conversation around race and law enforcement has grown in recent years, the experiences black women have with police have largely been excluded.

This was the central focus of this week's vigil, which was part of a campaign titled #SayHerName.

The African American Policy Forum, along with the Black Youth Project 100 and several other community organizations, rallied together to plan the event. The groups say the #BlackLivesMatter movement -- which launched in response to the death of Trayvon Martin in 2012 and has inspired thousands of people worldwide to raise awareness around the injustices affecting black people -- has become especially focused on the lives of black men, with women and girls seemingly an afterthought.

While the dozens of protests and rallies that have swept the country as a result of the deaths of men, including Eric Garner, Michael Brown, Freddie Gray and Tony Robinson, have been both powerful and necessary, efforts to amplify the stories of black women who have died at the hands of police pale in comparison, AAPF Associate Director Rachel Gilmer told The Huffington Post.

“When we wear the hoodie, we know that we’re embodying Trayvon. When we hold our hands up, we know we’re doing what Mike Brown did in the moments before he was killed. When we say ‘I can’t breathe,’ we’re embodying Eric Garner’s final words,” Gilmer said. “We haven’t been able to do the same thing for black women and girls. We haven’t carried their stories in the same way.” 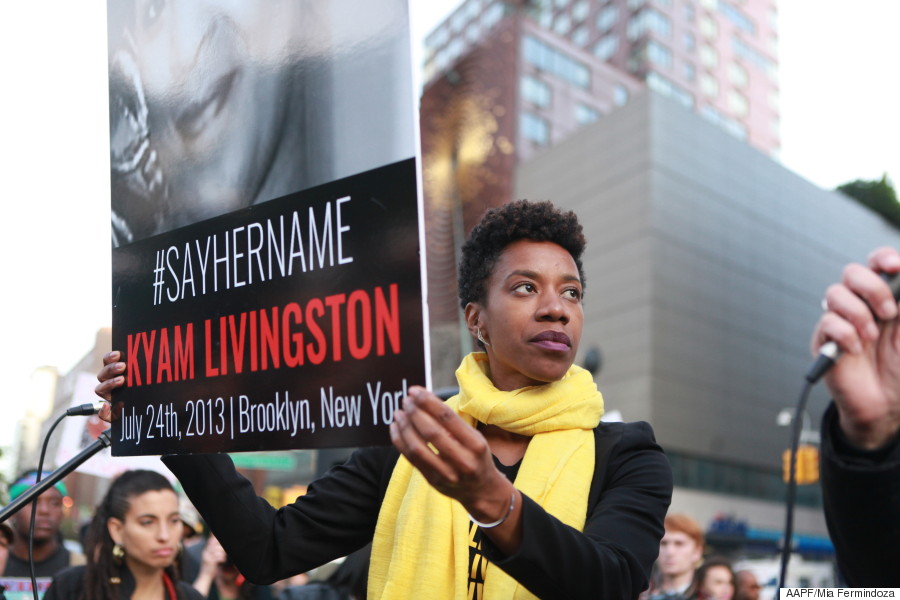 The #SayHerName campaign is a reminder to, as writer and activist Dream Hampton has noted, offer a more complete -- not competing -- narrative about policing and race.

“When you bring women to the narrative, it very much complicates our understanding of what police violence is and actually builds a much more structural-based argument around the problem,” Gilmer said.

To put it simply, if these lives and stories aren’t widely recognized, they won’t be remembered and police reform will be incomplete, said Kimberlé Crenshaw, a co-founder of the AAFP.

“We don’t have existing frames to understand and talk about black women. If people don’t have a frame, they forget the facts,” she told HuffPost Live on Wednesday.

“If we’re to use these stories as a way of thinking about how police reform has to be attended to some of the problems that happen, we have to include women in that to make sure that all the ways that black bodies are victimized by police are part of our demands and part of the reform,” she added.

While the deaths of black women by police do not occur as often as those of black men, Crenshaw says this does not provide sound or logical reasoning for overlooking them. Instead, she encourages people to continue to give life to these stories, recite victims' names and give their cases the recognition they deserve amid a national debate that often excludes them.

Dozens turned out to fulfill that mission on Wednesday -- here’s what it looked like: 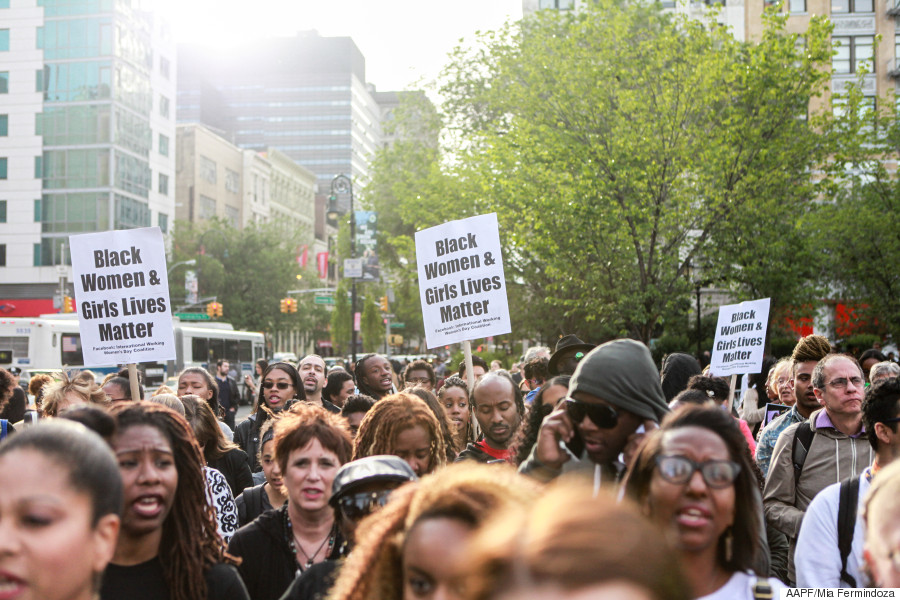