Last autumn, just before the midterm elections, a group of Democratic Congress members -- call them the "Super Blues" -- petitioned President Obama not to eliminate the tax cuts for the ultra-wealthy, the so-called "two percent" who own 40 percent of the nation's wealth. Led by New Jersey upstart John Adler, who was swept into office with the 2008 "Obama Revolution," these 40-odd "Blue Dog" Democrats positioned themselves as champions of the monied class, a respectable alternative to the irresponsible and unpredictable Tea Party Republicans and their Frankenstein populism. 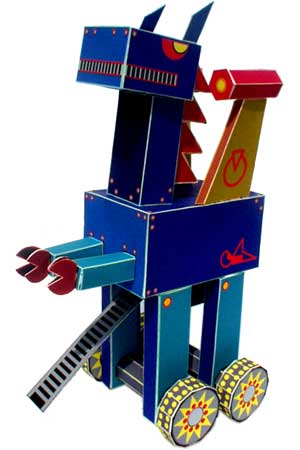 It didn't work. Instead of becoming beneficiaries of vast amounts of "black" money circulating during the election thanks to the Roberts Supreme Court's Citizen United ruling, the Super Blues were swept out of office, drowned in a flood of hostile advertising. Their Republican-leaning districts that had been caught up in Obama's 2008 "Hope & Change" feel-goodism after two years had had enough of the Democrat's "sort of" policy dithering and decided that if they were going to elect Republicans, they might as well be real ones, not Blue Dog wannabees. The same thing is now happening in the Senate, where health care public option killer Kent Conrad, Democrat of North Dakota, has announced he's leaving -- to lobby for Big Pharma like fellow Midwesterner Tom Daschle before him? -- and Connecticut's "Joementum" Lieberman, never a happy man, is ready to follow.

Today's contentious political scene is the result of what dialecticians call the heightening of contradictions. In the case of America in the 21st Century, the bifurcation of mainstream American politics mirrors the intensifying struggle between monied interests and democracy over how the shrinking rewards of declining empire are going to be apportioned. The stakes are high and people in politics are responding. Either you are a principled, probably progressive Democrat in it for your ideals (there are few rewards for standing up to power) or a principled Republican (one loyal to the party's upper class patrons). There is no middle ground.

Unless you are President Obama, a genuine look-you-in-the-ey contrarian and candidate for Blue Dog status.

So was Bill Clinton, a President that Obama apparently reveres, so closely has he modeled his Administration on Clinton's right down to hiring the same centrist (read right-wing) Cabinet members and advisors. Their only real difference is that Clinton was a good ol' boy from the South and Obama is a good ol' boy from Chicago. We forget that not since Carol Mosely Braun was Illinois' senator and Ann Richards governor of Texas, both in the mid -90s, have either Chicago or the South been bastions of liberalism, let alone progressivism. We didn't see Clinton coming, most of us; he was an unknown from the boonies. We should have seen Obama coming, however, and didn't, willfully remaining ignorant of his Ivy League predisposition to noblesse oblige and a persistent narcissism.

It's difficult to argue that Obama is more than a political Wizard of Oz, all fire and smoke and verbal fury, but incompetent or unwilling to do anything concretely beneficial for most of the American people. While others find comfort in his platitudes, I thought his "We are United" speech here in Tucson, where people have suffered intentional violence and are still fearful, treacly. Typically, he offered no solutions to ease the pain for the sufferers. The next week -- today -- Arizona Gov. Brewer asked the state legislature to knock 300,000 more people off the state's Medicaid rolls, thereby leaving more Loughners without help and many more people simply to die for lack of medical help. Right in Obama's face. He had the chance to preempt Brewer, but didn't take it. He is a man of inaction.

Not in all respects, however.

The Justice Department under Attorney-General Holder, one of the President's closest friends, is conscientiously (a) promoting state secret laws including reaffirmation of the PATRIOT Act, (b) denigrating civil liberties by standing for warrantless wiretapping and other abuses of the Constitution, and (c) not doing very much to counter the growing danger of armed militia on the right.

The Interior Department continues to deal with inbred racism in its promotion of programs and with cronyism in its management of natural resources. The only revolving doors that turn faster than Interior's are those of the SEC and the FCC, the overseers -- or administrators, as the case may be -- of our nation's financial and communications infrastructure.

The Treasury Department clings to theories proven to be defunct, ceding much of its power to the Federal Reserve that is so cozy (like Obama's executive advisors) with investment bankers.

Gates in Defense has mounted a strong challenge to business as usual -- our military establishment can be thankfully pragmatic when it wants to -- but budgetary expenditures on mercenary troops and covert adventures have more than eaten up the benefits of Gates' reforms. America remains trapped in two unwinnable wars, verges on fighting four new ones, wears Guantanamo as an albatross around its neck, and treats its returning veterans as badly as ever.

And as the WikiLeaks reveal, our State Department, a de facto government unto itself, is remote and snooty. Its army of operatives relishes engaging in intrigues rather than achieving peace and promoting order. Its program of privatizing public diplomacy is unimpeded by the President looking the other way. Even as powerful a personality as Hillary Clinton seems unable to work magic without a concerted effort from Pennsylvania Avenue.

One could go on and on, with few accomplishments to balance the score. A bold EPA, but one under attack. Financial reform, but barely. National health care that does little to curtail rising costs or improve most citizens' well being. The loss of the Congress to a barbarous opposition. Weakness in the Senate and an openly politicized, hostile Supreme Court. And real unemployment hovering around the 20 percent range with a double-dip recession always lurking. It hurts to recite these conditions.

In the coming two years, the pundits predict, we are likely to see yet more Obama "compromises" -- even before they are bidden -- on regulation of business and cutbacks in social services and entitlements. Remarkably, Social Security (for which American workers have faithfully paid, expecting to be taken care of in their retirement), Medicare, and civil rights, the hallmarks of Democratic achievement, are all now threatened with diminution or elimination.

Meanwhile the ascendant economies of Brazil, Russia, India and China -- the so-called BRIC nations, whose bold government interventionism supports innovation, social welfare, and growing middle classes -- call into question the Obama government's obsession with pleasing the rich as the way to float all boats. NAFTA, Clinton's bone thrown to transcontinental capital, seems a pittance compared to the flight of capital and jobs encouraged by the laissez faire attitudes current in the White House.

For those of us who championed Obama's rise to power in 2008, however, the biggest disappointment of all has been the morphing of our national ideology -- from that of a beneficent superpower concerned with its citizens' well being at home and democratic development overseas to a craven catering to Big Capital über alles as our national project and the measure of our society's success. The President's executive order this week seeking the reduction of government's regulatory purview is the latest and most extreme expression of this distortion of America's esprit. The lauding of a faux patriotism built on wavering military supremacy and the worship of jungle individualism and gun ownership is hardly what we bargained for when we went to the mat for Obama in 2008.

The President still has his supporters. After all, the right has not yet found a leader with the charisma and emotional warmth needed to romance most Americans with its charms. Certainly the right's buffoonish leadership in Congress hasn't the right stuff and its current crop of candidates for the Presidency -- Palin, Huckabee, Romney et al -- have been found wanting. Its unofficial leadership, Limbaugh, Beck, Hannity, and the rest can't hold a candle to Obama's personable style (even if he manifests just a bit too much sniffing down his nose at his in-party opposition and too little care for the plight of labor, minorities, and the average American whose future is bleak). It's too difficult given the sizable gap separating this good-looking and well-spoken President, our first African-American President, from the pygmies of the political right.

But when it comes to objective indicators, this Administration just doesn't match up with most Americans' expectations of what this government should be all about. Its rewards for the average American versus its costs are problematic. By 2012, the dissonance could be so strong that our Blue Dog President, like the Super Blue members of Congress who were ejected as pretend Republicans in 2008, is himself on the hot seat. Then it will be a question of Worse vs. Worst and as history has shown, the American people can't always see the difference between the two. It may not be the end of history as the Mayans predicted, but the end of the American Dream nonetheless.

The President has this year and a bit of next to decide how he wants to go down in history, as a leader who made some mistakes, sad miscalculations, but who changed course to become an authentic champion of his party's and his people's aspirations for widespread empowerment and a better way of life; or as a player who couldn't kick the go-along-to-get along habit of moving to the right, catering to power, as the easier way. It's showdown time for Obama to demonstrate the intellectual and ethical energy -- and progressive values -- to match his propensity for political action.

"Hope & Change." Or Blue Doggism writ large. Which will it be?