Carl Paladino, the Tea Party favorite for New York governor, is in hot water yet again.

As the Huffington Post uncovered last week, the multi-millionaire developer has a history of being "racially offensive" and putting forth derogatory comments. Today the blog WNYmedia.net published a series of bombshell emails that Paladino sent around or forwarded on to friends, associates and coworkers.

These emails run the gamut from your standard email chain smut to greatly disturbing racist imagery. Many of the latter type of emails targeted President Obama and his wife Michelle.

Here's a brief rundown of some the emails obtained by the news outlet (WARNING: OFFENSIVE MATERIAL BELOW):

- Ahead of Obama's swearing-in ceremony, Paladino sent around a video entitled "Obama Inauguration Rehearsal." The video shows an African tribesman dancing, and is apparently popular among white supremacists.

- An email with the subject line "Proof the Irish discovered Africa" containing a video of monkeys that appear to be doing a Riverdance-style jig.

- A video of a naked woman sent from a government email account.

- A bestiality video involving a horse and a woman. 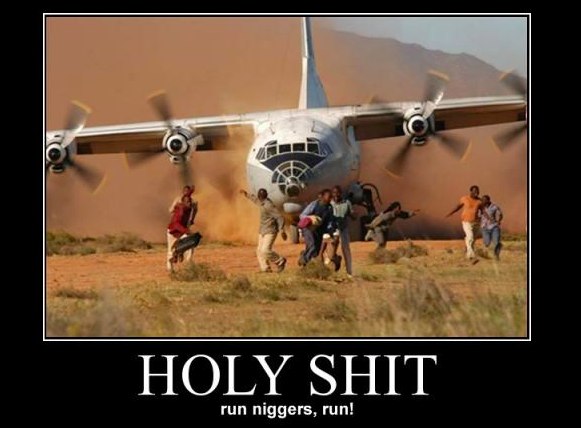 - A photo of Barack and Michelle depicted as a pimp and a ho: 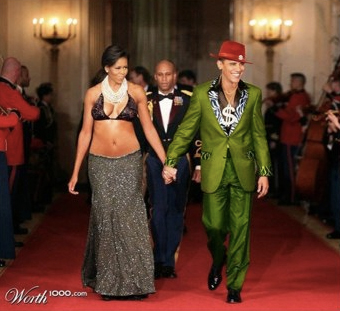 Paladino's spokesman didn't deny any of this in a response to the New York Daily News, saying:

Carl Paladino has forwarded close friends hundreds of email messages he received. Many of these emails he received were off color, some were politically incorrect, few represented his own opinion, and almost none of them were worth remembering.

We're not surprised the political establishment feels threatened by Carl's drive the take Albany back for taxpayers. Our campaign won't be wading through the details of what is just another liberal Democrat blog smear. It figures that members of the Party who brought us record taxes, record spending and record debt would want to change the topic from reform to having sex with horses and S&M parlors.

Paladino has been backed by Tea Party advocates across the state, and at one point was even in talks with Conservative Party leaders about running on their ticket.

Paladino's short political career has been marred with scandal, including the revelation that he fathered a 10-year-old child out of wedlock.

The gubernatorial candidate himself would not condemn the emails in question when confronted by reporters this afternoon, and instead blamed the controversy on "the Democrats":