In a shockingly rapid sequence of events, history was made twice over in Spain on Friday. In the space of less than an hour, the Catalan regional Parliament in Barcelona declared its independence from Spain, and then Spain’s Parliament in Madrid voted to take control of Catalonia.

The historic turn of events arose from a decades-long national debate in Spain surrounding Catalan independence, which reached an initial peak earlier this month when Catalan residents voted to declare independence from Spain in a referendum that Spain’s government deemed illegitimate.

After weeks of political maneuvering, and despite widespread opposition outside of Catalonia, the pro-independence camp in the region prevailed in voting for autonomy Friday. But the victory was short-lived, as the Spanish government quickly moved to seize control of the region.

Immediately after Friday’s independence declaration, thousands of people cheered in the streets of Barcelona, Reuters reported. Some were shouting “liberty” in Catalan. But support for independence is far from unanimous throughout the region. While the Oct. 1 referendum ultimately supported independence, only 43 percent of Catalan voters showed up at the ballot box, as many Catalans who opposed independence abstained.

Barcelona Mayor Ada Colau took to Facebook, in English, on Friday to criticize both the Spanish central government and the Catalan regional government for the extreme measures they took that day.

“There’s always time to turn to dialogue,” the Barcelona mayor wrote. “We’re a majority, in Catalonia and in Spain, who want ... dialogue, common sense and an agreed solution to take hold.”

Take a look at the dramatic sequence of events throughout the day:

The moment the Catalan parliament votes to declare independence from Spain https://t.co/SsFrYwEEtk pic.twitter.com/MFAr93UDau 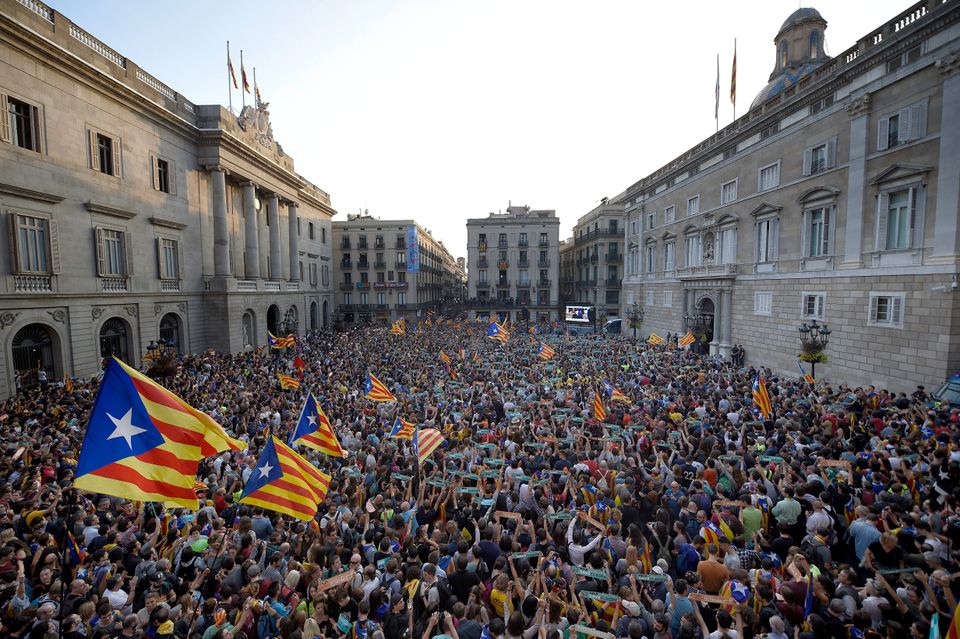