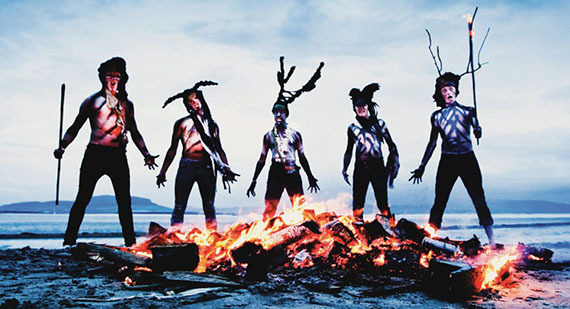 Before Irish-American Heritage Month ends, I should mention some recent albums and activities with Irish connections. My own onstage activities on St. Patrick's Day were unusually well publicized this year: as part of bagpipe superstar Carlos Núñez's concert at Washington's Strathmore Music Center, I recited a translation of an Old Irish poem while Carlos played a beautiful air on the whistle. The point was to highlight the ancient connections between Ireland and Spain, an idea that got some traction in both the U.S. media and the Spanish press. (You can watch a whole Carlos Núñez concert with some singing and reciting by me at my previous post, here.)

But I mostly wanted to highlight other Irish connections waiting among the CDs on my review shelf. I'll begin with Spinning Yarns, the brand-new solo CD from Norah Rendell, a former member of the international Irish band The Outside Track and a current member of Twin Cities band Two Tap Trio. Her goal for the CD was to "feature the songs of Canadian singers of Irish, Scottish, and English descent for whom old songs provided connection to memories of special times, people, and places." To accomplish this, she did extensive research into archival collections and found some truly lovely texts and melodies. The star source singer of the album turns out to be Angelo Dornan, a New Brunswick singer recorded by Helen Creighton in the 1950s (hear his singing here). Dornan's repertoire included a lot of terrific and unusual songs, including the album's opener, "Letty Lee," which details the courtship of two unusually eloquent and witty lovers. Rendell sings three more of Dornan's songs, and also mines collections by MacEdward Leach (Newfoundland), W. Roy MacKenzie (Nova Scotia), Edith Fowke (Ontario), Sidney Robertson Cowell (Wisconsin), and Franz Rickaby (Wisconsin). While paying all due respect to the sources, Rendell wasn't afraid to combine elements of her favorite versions, adhering to her strong personal vision of Canadian (and sometimes American) tradition, based solidly in old-world folksongs. 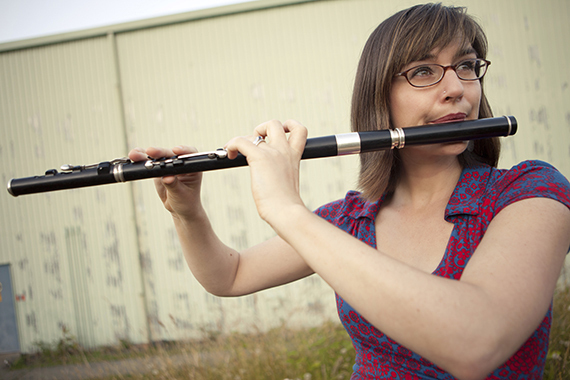 Like Carlos Núñez, Rendell was an early music recorder major at university before becoming a Celtic musician, and this must have helped her ear for arrangements and her skills on flute and whistle, which add to the impressive talents on the disc. Using these skills, she took her newly-polished gems and set them in arrangements featuring guitar and bouzouki from her husband Brian Miller, guitar and mandola from Randy Gosa, Celtic harp from Ailie Robertson, and her own flutes, whistles, and harmonium. This work has everything: traditional songs I can't remember hearing before ("When I Wake in the Morning," "St. Patrick's Day"), unusual versions of favorites ("Here's a Health Unto All True Lovers," "Carrion Crow"), sparkling arrangements that complement each song, and thoughtfully written notes that honor the source singers, collectors, and musicians. And I haven't even mentioned her clear, expressive singing, which is among the best on today's Celtic folk scene. It all adds up to a brilliant album I could listen to all day--in fact, I just have! Rendell promises more videos soon, but for now she's provided the one below.

Speaking of Canada, Irish may not be the first thing people think of when you say Québec, but in fact Irish music is one of the major ingredients in the melting pot of Québec folk music. While the older songs are mostly from France, tunes and playing styles are, broadly speaking, more Irish than French. So let's talk about Les Vents Qui Ventent, the second album from the trio Le Bruit Court Dans La Ville, a great collection of French-Canadian folk music played by a seasoned trio. André Marchand has for a long time been a godfather figure in Québec folk music, as a founder of the province's most successful folk band (La Bottine Souriante), as well as a producer, organizer, arranger, engineer, and (of course) singer and guitarist on hundreds of projects. Lisa Ornstein, the band's token American, was an old-time fiddler before apprenticing with Louis 'Pitou' Boudreault and becoming adept at Québec fiddling; along the way she's become a masterful arranger as well. Normand Miron learned songs, accordion tunes, and great harmonica style in his home region of Lanaudière, considered the taproot of Québec music. Together and separately, they have helped to define Québec folk music for their generation and for the youngsters who have followed them. 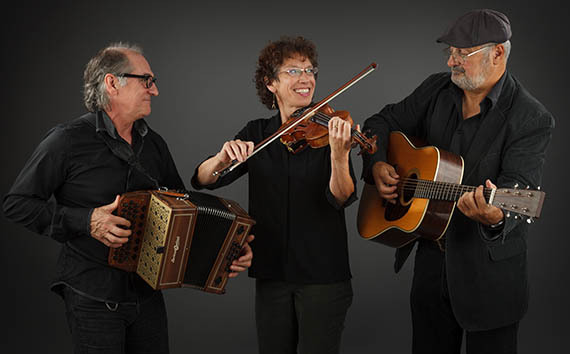 Their approach is now standard for Québec bands: take some repertoire that is purely local, songs you learned from your family or from neighbors. Do research in archival collections for other unusual tunes and songs. Write a few pieces yourself. Then sit down and arrange and play them, using ideas from Québec's root traditions, from the folk revival, from Irish music, and from your own brain. If your brains are as fertile, your chops as impressive, your research skills as sharp, and your neighbors as cool as these folks', you can end up with something pretty special. Les Vents Qui Ventent features French ballads, fiddle and accordion tunes, and beautifully sung "turluttes," or mouth music, all tied together by one of the iconic sounds of Québec: André Marchand's tapping feet. Standout pieces include the opener, a song about a sorceress who seduces the king's daughter's beloved; "Le Coucou," a comic song about a husband's revenge on his cheating wife; and "Le Départ du Canada," a genuinely moving Acadian song about the horrors endured by Canadians who move to the U.S. (It doesn't mention health insurance!)

Two of the best tracks really highlight the Irish connections. "Marie Roret" is a lovely French-language pastoral that seems to have originated as a French translation of the popular Anglo-Irish song "Seventeen Come Sunday." It's interwoven on the album with an Acadian lilt, which, when layered with the song's lyrics, lends it an almost medieval feeling--a great example of the band's innovative arranging. "The Foxhunter's Jig/L'Arachouidine" is a rousing set of two fiddle tunes; the first came to Québec from Ireland, while the second is an adaptation of the first from the Gaspé Peninsula. Amusingly, the tune title the band heard as "L'Arachouidine" turned out to be their source's attempt to say "The Irish Wedding." There's a video below--and see these videos and more at their website.

Like the folk musics of Spain and North America, the music of Wales has a long and deep connection with that of Ireland; from the bardic schools of the middle ages, which sent harpers and singers between them, to today's folk revival, the two countries have influenced each other unceasingly for centuries. So it's not a surprise to find both Welsh-language and Anglo-Irish songs on Dacw'r Tannau, the latest album from Welsh folksinger Chris Jones. I met Jones and got his album at the International Folk Alliance conference a few weeks ago, but didn't get a chance to hear him perform. Now I regret missing him, because Dacw'r Tannau reveals a warm, accessible voice and impressive self-accompaniment on guitar and bouzouki. He lists Dick Gaughan, Nic Jones, Christy Moore, and Meic Stevens as influences, but the voice I hear most in his singing is the great Glasgow singer Archie Fisher; if Archie had grown up in Caernarfon, he'd sound a lot like Jones. The album boasts a fun repertoire of favorites in Welsh and English. Folk fans will probably recognize such songs as "The Next Market Day," "The Fair Flower of Northumberland," "Willie O' Winsbury," and "Sam Hall," all of which are given lovely, nuanced treatments; see the video below for a nice one.

Jones's talents also apply beautifully to the Welsh-language material, which is no surprise; he began his career as an unaccompanied Welsh folksinger. The Welsh selections include songs I didn't know and ones I've heard from folks like Linda Griffiths and Siwsann George. After hearing Jones do them, they're all old favorites--watch one below. In short, Dacw'r Tannau is a great pleasure to hear, and I recommend it highly.

Which brings me to the one Irish band I'll mention here, Moxie. Their all-instrumental album Planted combines Irish traditional music with lots of other influences, including (mostly) bluegrass and jazz. Indeed, there are tracks on the album, like "Liberty," which are essentially tuneful jazz played on accordion and banjo, with nuanced percussion and subtle bass underpinning them, while guitar and keys add unusual harmonies. There are other tunes where an essentially modern jazz piece will give way to an Irish polka for a while, then slip back into more exploratory sounds. Some, like "Death of the Den," have enough catchy swing to be pop, but with a subtle folk-tune melody. Only a couple of pieces, such as "Black Widow," approach pure Irish traditional music, but they make it clear that these guys have the chops for that too. It's a good listen start to finish, a powerful musical brew that defies categories, suggesting a lot of possibilities for the future of Irish music. Check out the title track below!