Brandon Stanton, a photographer and creator of Humans of New York, set out in 2010 to document the lives of New Yorkers -- but his interactions with the strangers he photographs doesn't always end with a click of the camera. Early this year he raised more than $1 million to send a group of sixth graders from one of Brooklyn's most crime-ridden neighborhood's to visit Harvard. Their trip to the Cambridge campus isn't about networking or college prep. It isn't even about Harvard, really. It's about breaking down the assumptions of what is possible for these students -- starting with changing their own expectations.

According to their principal, Ms. Lopez, "I want every child who enters my school to know that they can go anywhere, and that they will belong." In order to do that, though, she has to combat the effects of a society that has been "built down around [them]." These students need someone in their lives like Ms. Lopez who believes in them and their potential. But they also have to believe in themselves.

By sending her students to Harvard, Ms. Lopez is encouraging them to rewrite their own stories, and redefine the possibility of what their futures hold. 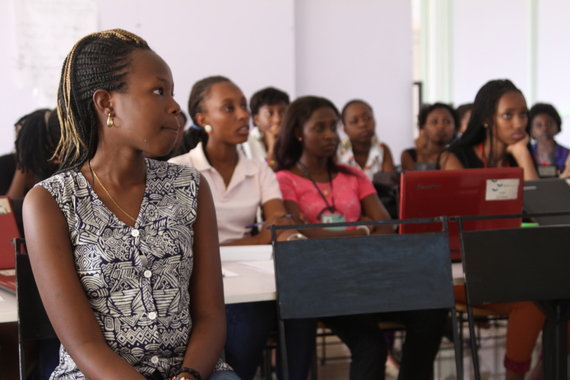 Rewriting the Future
A recent study monitored the dropout rate of students at Duke University struggling to adjust to school. Some students were encouraged to change their own personal narratives by writing and editing the stories of their own college experiences -- and their dropout rate was four times lower than that of the control group.

the New York Times reported, "we all have a personal narrative that shapes our view of the world and ourselves. But sometimes our inner voice doesn't get it completely right... by writing and then editing our own stories, we can change our perceptions of ourselves."

It is well documented that storytelling activates our brains in unique and powerful ways. Yet we often overlook the life-changing potential associated with telling our own stories. In the fall of 2013 I re-wrote my story: I broke my lease on my DC apartment, quit my job, and booked a ticket to Kigali, Rwanda, to found an organization called Resonate and better understand how to harness the power of personal narrative to improve the lives of women and girls in East Africa.

Storytelling in Rwanda
Resonate uses storytelling to empower women and girls to build self-confidence and unlock leadership potential. Through our Storytelling for Leadership training program, participants define who they are, what they value, and their visions for the future. Next, they learn to tell their stories. Not only do they alter the way they see themselves, they influence the expectations of others, and inspire with their stories of challenge, ambition, and hope.

Benigne, 23, lives in Kigali, Rwanda, and has always wanted to become an engineer. In our Storytelling for Leadership workshop she recounted earning top marks on her high school exams, yet feeling stuck. She owed the school $800 that her family couldn't afford, and she had to pay it back to receive her diploma so she could attend university. She decided to do whatever it took to find a job -- she traveled far from her home and worked long hours every day of the week in a bank to pay off the debt. 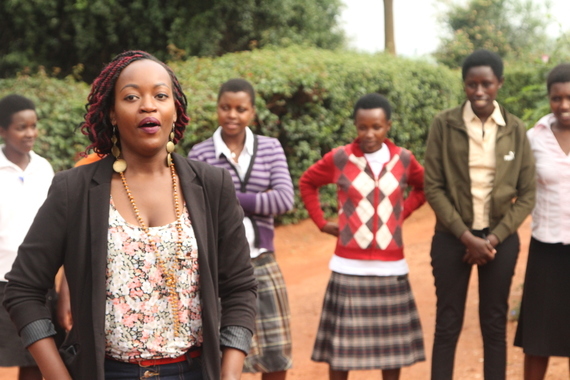 Through sharing her story in Resonate's Storytelling for Leadership training, Benigne was able to reflect on and share how she overcame this obstacle. Now in her last year of university, Benigne looks back on the challenge with pride. Since participating in the initial training, she has shared her story with colleagues and has joined the Resonate network as a coach. She keeps a video of herself telling her story on her phone and listens to it every day to remind herself that she is "strong and capable."

Just as Ms. Lopez is encouraging her sixth graders to envision a life in which Harvard is attainable, and Duke University freshman reimagine their success, Resonate works with women and girls in East Africa to redefine what is possible in their lives through telling their own stories of resilience and empowerment.

Help women and girls in Rwanda write their own stories of success by supporting Resonate's work.

CEO and Co-founder of Resonate, exploring creative approaches to leadership and storytelling, and women's empowerment.