"I’ve lived in Los Angeles for twenty years, and I feel like I’ve never really known it," said Academy Award nominated Chris Weitz, at the screening of his new film "A Better Life." "There are so many microcosms that you drive past at forty miles per hour, and once you stop, and take the time to meet people, it is a really extraordinary. Los Angeles is a really beautiful place."

Los Angeles Mayor Antonio Villaraigosa, the 2011 graduating class of the Gertz-Ressler High School, and over three hundred guests joined the cast, producers and Weitz to celebrate the film's upcoming release. The screening, hosted by HuffPost's Arianna Huffington and Willow Bay, took place at the Museum of Tolerance in Beverly Hills.

The film focuses on Carlos Galindo (Bichir), a single father, gardener, and undocumented immigrant trying to ensure a good life for his American born teenage son. Galindo's struggles, as well as those facing his family and community, are presented against the backdrop of a Los Angeles that is still full of promise, yet unforgiving. "[Los Angeles] is another character, we need to tell that story too," said Bichir. Producer Stacey Lubliner echoed this sentiment: "this movie really became a love letter to Los Angeles."

BROWSE IMAGES FROM THE EVENT: 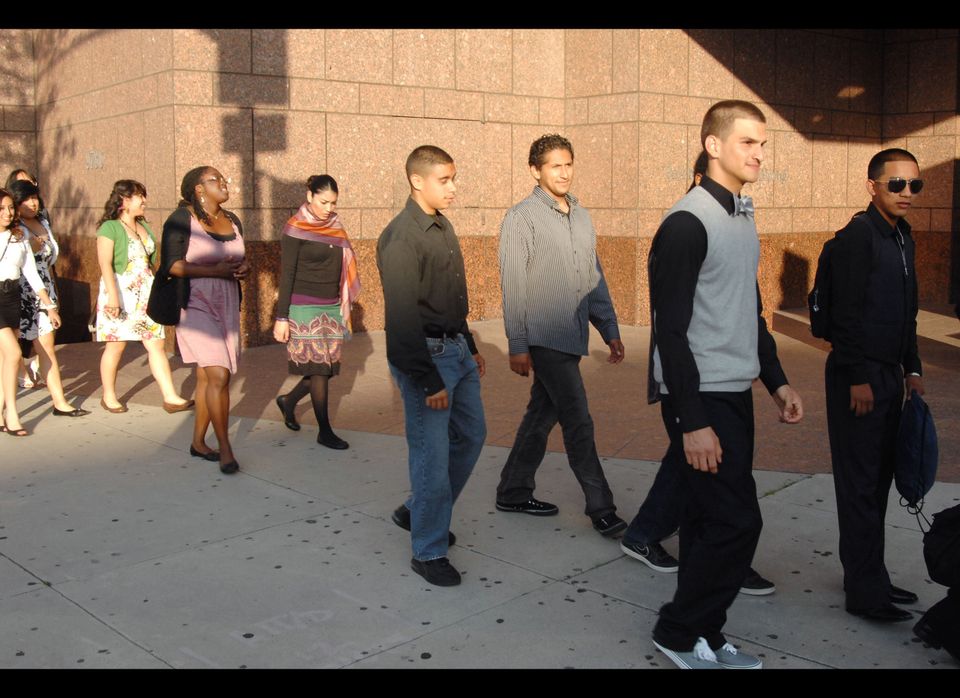 1 / 19
Students from the Gertz-Ressler High School outside the Museum of Tolerance.