LOS ANGELES -- Former LAPD police officer and Navy reservist Christopher Jordan Dorner is currently on the run from police. In an online manifesto posted on his Facebook profile, he implicated himself in the shooting deaths of Cal State Fullerton basketball coach Monica Quan and her fiance, Keith Lawrence. They were discovered in their car Sunday evening.

Dorner is also suspected of ambushing police officers early Thursday morning. He is believed to have shot a pair of police on security detail, grazing one officer. Then he allegedly ambushed a second pair of officers at a stop light, killing one cop and critically wounding another.

LAPD Chief Charlie Beck warned the public that Dorner was considered armed and dangerous in a press conference Thursday morning. He described the past 24 hours as "night of extreme tragedy in the Los Angeles area."

Yet in spite of the police department's warnings, Facebook pages in support of Dorner have popped up in the hours since Beck's press conference.

One simply titled "Christopher Jordan Dorner," which went live at about 1 p.m. PST, has been posting inspirational meme photos with motivational quotes like this one from singer Jim Morrison: "Expose yourself to your deepest fear after that fear has no power and the fear of freedom shrinks and vanishes. You are free."

The "About" section of the page describes Dorner as "a man with morals and a hero" and "a real rebel with a cause."

Another page, called "I Support Christopher Jordan Dorner," says it all in the title. The page's only post: a link to Dorner's unedited manifesto, complete with the names of all the people he blames for his dismissal from the LAPD (news sources, including The Huffington Post, are carrying versions of his manifesto with the names excised).

People who appear to be supporters of Dorner are commenting on the Facebook pages about his manifesto, in which he claims that he was dismissed from the LAPD in 2008 after reporting that a superior used excessive force against a suspect with schizophrenia.

"If you read the letter he definitely knows what he's talking about, someone needs to really dig deeper" wrote one commenter.

Another writes, "The police are guilty of murder, he is a good cop dusting the dirt off the table."

But one Facebook commenter is suspicious of both the timing and the bizarre content of these "fanpages," accusing the local police of setting up dummy pages to spy on Dorner's supporters. Nonetheless, he still expresses support for him. From the Facebook page:

this is obviously a government page to see who is all looking at it NSA FBI DHS ect..... none the less mr Dorner is a real American hero at this point in time the police are not on the side of the American people but only serve to protect the interest of the elite and to keep the common man down and out i pray a million Christopher Dorners are born to take on the illegitimate government!! death to the LAPD

In addition to two positive fan pages set up for Dorner, three negative ones have sprung up. One accuses him of being a "crooked former cop who never wore the badge with honor, courage, and commitment." Another is posting news updates about the manhunt, and a third is simply titled, "Kill Christopher Jordan Dorner."

Multiple Southern California police departments and thousands of officers have fanned out across Nevada, Arizona and Mexico to find Dorner, according to the Associated Press.

Learn more about the hunt for Christopher Jordan Dorner. 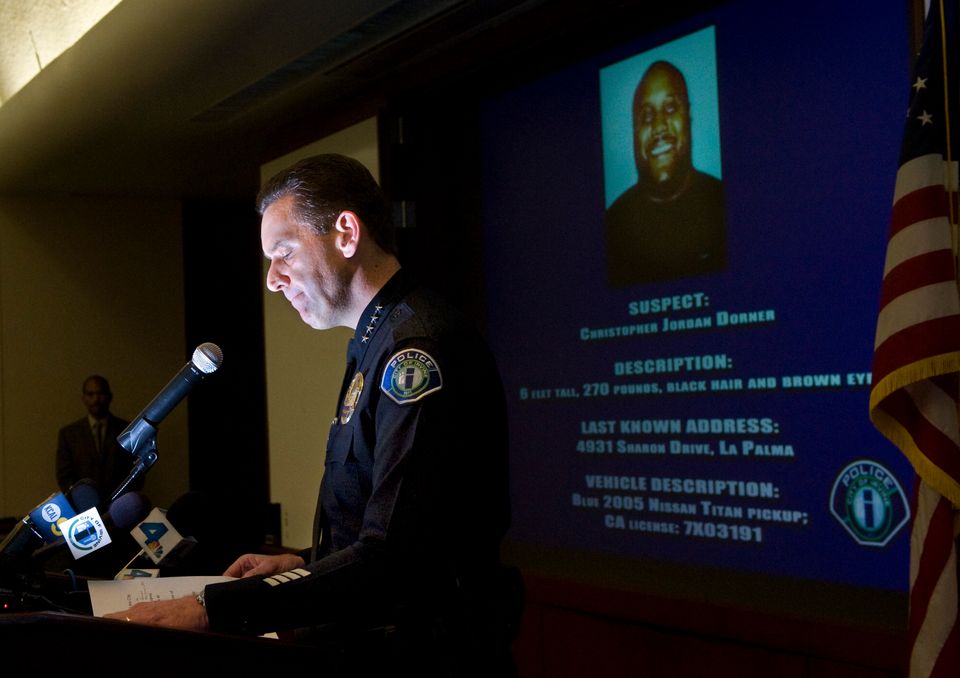