Farmers and agriculture experts began COP17 pushing for negotiators to recognize the important role of agriculture in the climate change discussion, and specifically called for a Work Programme for agriculture under the Subsidiary Body for Scientific and Technological Advice (SBSTA). While no such program was established, there were some victories for food and farming in Durban.

A recent press release by the CGIAR Research Program on Climate Change, Agriculture and Food Security (CCAFS) highlights some of the progress made during COP17, but also notes that the outcomes from Durban do not go far enough to tackle the major adaptation challenges faced by least developed countries.

While negotiators have been slow to incorporate agriculture into the climate change agenda, farmers across the globe cannot afford to ignore the effects of rising temperatures and changing rainfall patterns to their livelihoods. The accompanying photo series highlights some of the challenges, and describes ways farmers in Africa, Asia and Latin America have adapted to climate change.

The images and captions tell a story of enormous challenges, but also show what’s possible when farmers have access to innovative ideas and are able to share knowledge amongst themselves on approaches and tools to help them adapt to climate change. 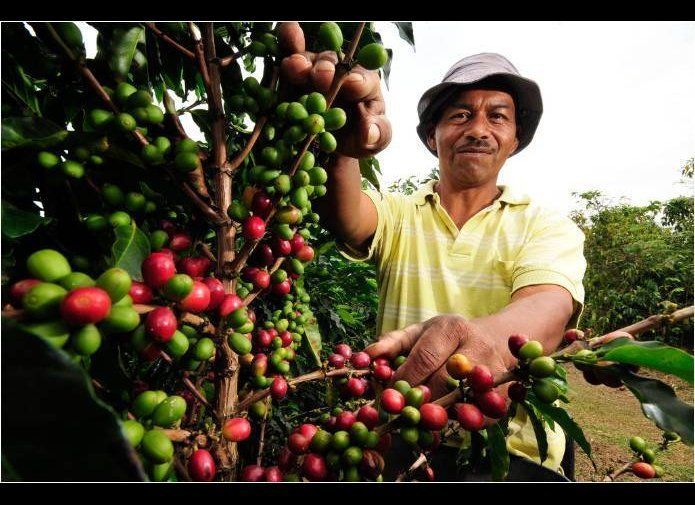 1 / 11
Coffee - Colombia
<em>A coffee picker in Colombia's Cauca department checks the season's crop.</em> Climate change is already affecting food and cash crops alike. In Colombia, coffee producers in the Cauca department have seen a rise in attacks of pests and diseases normally associated with warmer temperatures on coffee plantations further downhill. Some farmers have abandoned their coffee, while others have pulled up their traditional coffee trees and are planting varieties with greater pest and disease resistance.
Neil Palmer, CIAT