The subject was a familiar one: health care. Sanders has famously vowed to scrap the existing insurance system and replace it with a single-payer program, under which the government would directly provide insurance to everybody. Such systems exist overseas, in places like Canada, Sweden and Taiwan. They generally produce terrific results -- providing everybody with comprehensive insurance for far less money than the U.S. currently pays.

But creating a single-payer system here would be a herculean task -- difficult to impose on America’s existing health care infrastructure and probably impossible to get through Congress. Even many liberals sympathetic to the idea have said that Sanders’ scheme is simply not realistic. They worry that trying to push through another comprehensive health care package so soon after the Affordable Care Act’s tumultuous enactment would produce a major public backlash.

Clinton has made that argument before, and on Thursday she made it again. But during the debate she also made another claim: That under the Sanders plan, some low-income people now on Medicaid would be much worse off. “A working woman on Medicaid who already has health insurance would be expected to pay about $2,300,” Clinton said.

If you picked up on the claim, you might have thought it was absurd, given that a major goal of single-payer is to make the poor more financially secure. But Clinton was making a (mostly) valid point. If you do the math on the Sanders health plan, you’ll quickly discover that, as written, it’d be a lousy deal for a portion of low-income people who have jobs and, thanks to the Affordable Care Act, now have insurance.

Here’s why. If the federal government is going to provide everybody with health insurance, then it must raise enough money to pay for those benefits. To do this, Sanders has said he’d create a new tax on incomes, equal to 8.4 percent of payrolls. In theory, employees would pay only a portion of that, with employers covering the majority. In reality, most economists say, the employer share also comes out of workers' paychecks, if not right away then over time.

So imagine a single mom of two, with a job that pays $26,000. That would qualify her for Medicaid if she lives in the District of Columbia or one of the 31 states that, in accordance with Obamacare, made the program available to anybody with income up to 133 percent of the poverty line. (For a family of three, that’s $26,813.)

The employer share of the woman’s payroll tax, under the Sanders plan, works out to $1,612. Clinton’s figure of $2,400 presumably included the employee share of the tax, but low-income workers wouldn’t pay much or any of that because of tax deductions those workers can claim.

Today, by contrast, this proverbial single mother would be getting Medicaid without her employer having to pay any new taxes. The money for the program comes out of general revenue, and if you’re one of the newly eligible folks, then the money is coming almost entirely from taxes that fall on the wealthy and on corporations in the health care industry.

Sanders never got around to addressing this issue in the debate. But when critics of the Sanders plan first pointed this out, his campaign noted, correctly, that the plan would have other benefits for low-income Americans. For one thing, it would reach more people because it would have automatic enrollment. Today, by contrast, millions of people eligible for Medicaid don’t sign up and remain uninsured.

In addition, other low-income people would clearly be better off under the Sanders plan. For example, some low-wage workers still get insurance from employers. The cost of that coverage, plus their out-of-pocket expenses, can eat up big chunks of income. They could easily pay less, maybe a lot less, under the Sanders plan. And that doesn't account for the beneficial effects that other Sanders proposals, including a higher minimum wage, could have on the poor.

Still, reducing the compensation of some single moms making $26,000 — even indirectly — is not something Sanders, a longtime champion for the poor, would want to do. And while all policy changes have winners and losers, Sanders might try to modify his plan to further protect low-income Americans. (The Sanders campaign, for the record, disputes that employers would really pass along the costs of the new tax.)

But to change his plan, Sanders would have to find new money somewhere — by seeking higher taxes from everybody else, even though the proposed increases are already high, or by squeezing the health care industry even harder for savings, even though he’d already squeeze them pretty hard.

Keep in mind that many experts think the Sanders plan, as currently written, would actually require a lot more money than he has said -- so asking him to go back and find yet more revenue, to cover the exposure these low-income Americans would face, is no small thing.

This is the point that the liberal wonks have been making. (And, yes, I am one of those wonks.) Sanders is holding up his health care plan as an alternative to the status quo. But the status quo is a result of real-world compromises and sacrifices. If Sanders became president and had a chance to push his plan through Congress, he’d quickly discover all kinds of other complications -- like the fact that many people with employer-sponsored insurance don’t want to give it up, or that severely ratcheting down payments for doctors and hospitals would reduce access and threaten real economic disruption.

None of this is likely to register with Sanders supporters. They point out that Clinton has proposed only very modest improvements to Obamacare, even though millions still struggle with high premiums or out-of-pocket costs -- and millions more still don’t have coverage at all. She’s said repeatedly that she wants to get to 100 percent coverage, without offering a hint of how she’d actually accomplish that.

More broadly, Sanders supporters argue, this is not the time and place to dwell on details. Campaigns, in this view, are for laying out broad themes and laying down markers for future negotiations. If Sanders became president, he could say that he’d campaigned on a promise to provide more seamless and generous coverage than the Affordable Care Act has -- to create a system that would rely much more on government than the private sector. He might not get his plan through Congress, sure, but he could use his promise to extract other useful legislation from Congress. Maybe he could win approval for the "public option” insurance plan that was originally part of Obamacare, or for allowing the non-elderly to buy into Medicare.

These are legitimate arguments. But liberal policy wonks remember the struggle to enact and then implement Obamacare. They also also remember that universal health care was a progressive dream for nearly a century, one that proved impossible for presidents with names like Roosevelt and Truman (and Clinton!) to realize.

One reason reform took so long is that, for most of that period, activists and the wonks were pulling in different directions, with the activists pursuing single-payer and the wonks looking for compromises. The (mostly) unified front they showed in 2009 and 2010 was a big reason Obamacare became law. Now that unity is fading, creating a key divide in the Democratic campaign.

CORRECTION: An earlier version of this article misstated the percent of payrolls that Sanders' health care plan, as written, would tax. The total is 8.4 percent, not 8.9 percent. The article also stated that the impact of this tax on a single mother of two, making $26,000 a year, would be about $2,400. That figure is actually closer to $1,600, and that money would come almost entirely from her employer. Most economists believe that employers would eventually pass on to workers, in one form or another, although the Sanders campaign disputes that. 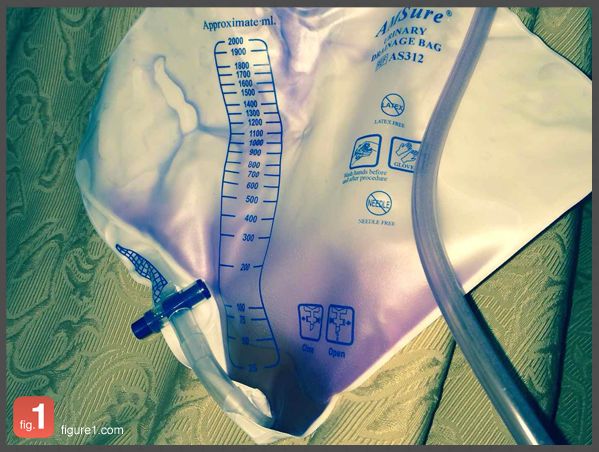 1 / 15
<a href="http://www.medscape.com/viewarticle/565078">Purple Urine Bag Syndrome</a>&nbsp;is caused by the conversion of indoxyl sulphate into indigo, a blue colored molecule, by certain Gram-negative bacteria, including Proteus, Klebsiella, and Providencia species.