Fresh, juicy, yummy and savory aren't exactly words normally used to describe broccoli. Despite several health benefits of the cruciferous vegetable, most Americans think of it as a squishy, boring side dish to hurry up and finish before being allowed to leave the dinner table.

But our collective negative view of broccoli could have to do with how it looks when it's served to us, explains Vandana Sheth, RD, CDE, spokesperson for the Academy of Nutrition and Dietetics. "We eat with our minds. When food is visually appealing, enjoying food is easier," says Sheth. Turns out, there are more visually appealing varieties of some of the most maligned leafy greens, they're just not as commonly used.

While we often think of summer as the season most abundant in produce, Sheth says cold-weather crops aren't to be pushed aside or fed to the dog when no one is looking. These uniquely-hued superfoods have the ability to create a bright centerpiece while delivering nutritional benefits and wowing dinner guests -- and they just might win over the kids, too. 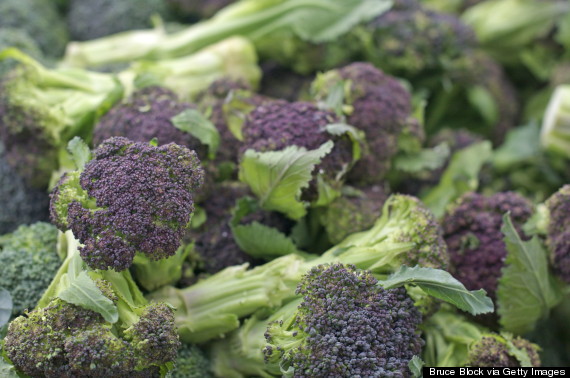 Broccoli is a great source of fiber, and vitamins A, C and K. Purple broccoli maintains all the health benefits of it's green variety, plus the violet-hued veggie may be an even more powerful cancer fighter, thanks to higher levels of anthocyanin, found in red wine and grapes, which acts as an antioxidant. A 2012 study found that purple sprouting broccoli contains higher levels of antioxidants than green broccoli even after cooking, which decreases the amount of vitamins and antioxidants in both varieties.

While uncommon today, purple broccoli is considered the ancestor of all broccoli, according to the American Culinary Federation, and was originally used in Europe to make stir fries. Sheth suggests tossing it with olive oil, garlic and ginger for a sweet and healthy warm dish.

Purple cauliflower, on the other hand, is relatively new to the cruciferous family, having become available in the fall of 2003 after a breeding experiment in Geneva, New York through the New York State Agricultural Experiment Station. Like purple broccoli, this cauliflower variant also contains anthocyanin, making it sweeter and higher in antioxidants than its white counterpart.

Cooking purple cauliflower is a more sensitive task. This variety cooks faster and can change color from purple to green, according to the University of the District of Columbia. It's recommended to microwave colored cauliflower, as any other heating will reduce the level of anthocyanin, according to a 2008 study. 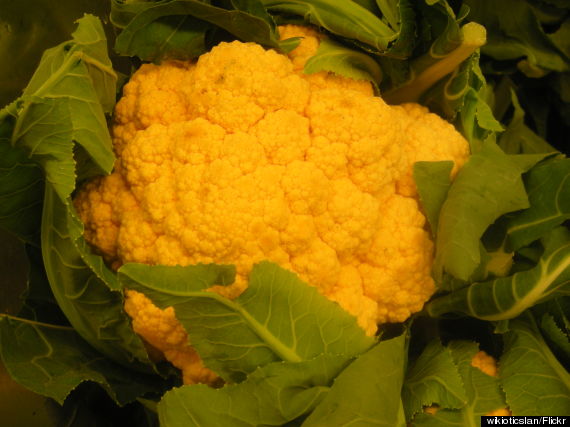 Sheth suggests baking orange cauliflower in a 350-degree oven with olive oil, salt and spices such as cumin or paprika for 25 to 30 minutes until the florets are slightly browned. 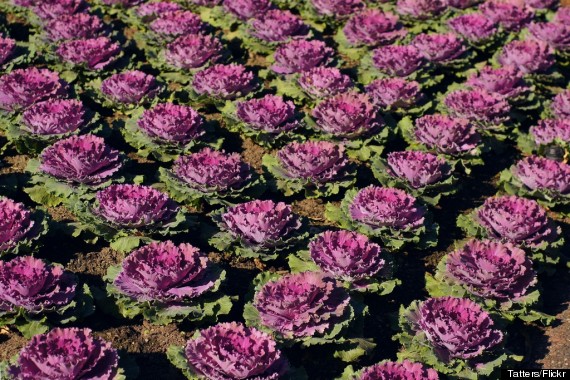 The deep purple hue in this kale comes from a phenotype mutation that also gives the vegetable extra antioxidants, including anthocyanin, which provides the body with anti-inflammatory benefits and may held ward off heart disease and cancer. 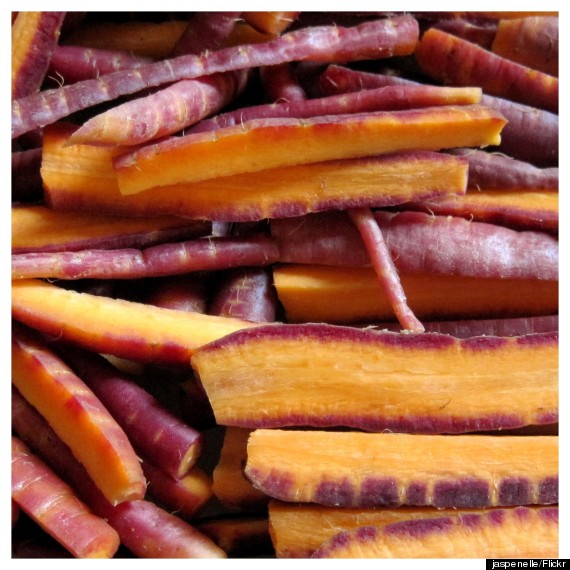 Only one variety of colored carrots, Purple Haze carrots, has similar phytochemicals and vitamin A content as orange carrots. The Purple Haze type is known for its noticeably orange center, a sign of the presence of beta-carotene. The carrots grow into a deeper purple hue dependent on the soil temperature, suggested to be between 59 and 68 degrees Fahrenheit for the strongest purple color, according to Colorado State University's Colorado Master Gardeners.

While the crop has recently become popular in supermarkets, Purple Haze carrots were actually one of the original carrots grown in Afghanistan in the 10th century, according to the BBC. Dutch farmers are responsible for the familiar orange color after patriotically changing purple carrots to match the orange of the Prince's Flag.