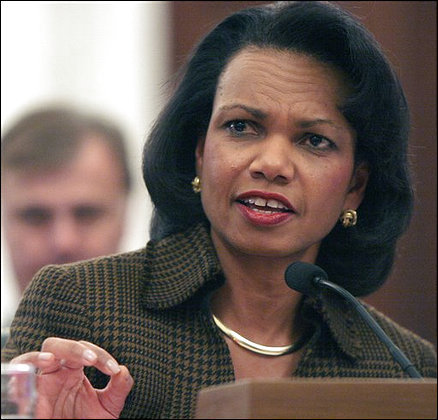 As an alumnus of Rutgers University, where I became close to the administration while proudly serving in several leadership capacities, including on the Rutgers College Governing Association -- now RUSA -- I am deeply disturbed to hear of the decision to invite former Secretary of State Condoleezza Rice as this year's commencement speaker and recipient of an honorary degree.

Setting aside what can be subjective discussion on decisions that were made by Dr. Rice during her time in public service, my reasons for raising concern about this invitation are based in ethical and moral fact -- and in the desire to preserve the reputation of my alma mater -- not in political vendetta nor in a desire to quell the freedom of speech of any American. Dr. Rice is entitled to her perspectives on all matters, including on war and peace.

At the same time, I and others are entitled to delineate certain facts that question the decision. In 2004, Congress released a critical report entitled "Iraq on the Record." In this report, it was revealed that of hundreds of misleading statements made by the Bush administration in the lead-up to the Second Iraq War, many could be verified as categorically false. Of these statements, eighty percent were attributed to Dr. Rice.

Also in 2004, Charles Duelfer was chosen by President Bush to lead the Iraq Survey Group. Duelfer and his team returned with repeated statements that there were no Weapons of Mass Destruction in Iraq. In no uncertain terms, Duelfer declared that "ISG has uncovered no indication that Iraq had resumed fissile material or nuclear weapon research and development activities since 1991."

Similar assertions were made in reports by Dr. Mohamed ElBaradei and the International Atomic Energy Agency, up to the week prior to invasion. Despite this, Dr. Rice was at the helm of the campaign to lead our nation into a war that ultimately cost thousands of American lives and those of countless others. I find it concerning, then, that Rutgers University would choose to utilize an occasion that is intended to set its students forward on a path of both honesty and integrity to celebrate an individual with such a disturbing track record. The argument being advanced by some that are in favor of the invitation -- an argument that is frequently rooted in Saddam Hussein's egregious record, and which seeks to absolve all members of the Bush administration from fault in the lead-up to the war -- is irrelevant to the matter of integrity, as it changes nothing with regard to the actions that were deliberately taken by Dr. Rice.

Compounding these concerns is the often defiant tone taken by Dr. Rice in the years after she left the Bush administration. The Former Secretary of State is an intelligent woman with an impressive resume. It would have thus spoken far more highly of her credentials, and of Rutgers University's decision, had she worked to make amends with a nation that she so egregiously misled. Yet to date, this has not been done. Rutgers University must take this point into strong account.

On the university process leading up to Dr. Rice's invitation, it is also deeply regrettable that the Administration made the confirmation decision prior to full ratification from the Honorary Degree Committee. These processes should be in full compliance with university policies. That a speaker and degree recipient can be pushed through without proper discussion raises several questions about the transparency of the current commencement process, and faculty and students alike should recognize the alarming precedent that is now being set.

It is encouraging to see such a large number of university faculty -- and several student groups -- standing against this invitation on moral grounds. I urge the Administration of a university that I care about deeply to take notice, and to make the right decision. Without Dr. Rice's celebrated presence at commencement, Rutgers University will still stand on its strong reputation and it will still thrive -- doubly so because it stood by its integrity.