It all started in the 1960s, when Mario Bagno, an Italian entrepreneur, bought up all the land in the tiny northern Italian town of Consonno, kicking out residents and razing their homes. In its place he hoped to build a "city of toys" for both Milan's elite and the city's many tourists, which sits about an hour away.

The town would have a Las Vegas-feel, complete with malls, restaurants, ballrooms and a luxury hotel, each housed in unique architectural styles (check out the minaret and the pagodas below). When it opened in the late 1960s, it welcomed weekend partiers and played host to weddings.

But in 1976, a few years into construction, a landslide wiped out the only road into town...as well as Bagno's wacky dream. In later years, the aging Bagno tried to revive the town as a retirement community, but when he passed away in the mid-1990s, his estate let the area dwindle.

All that remains today are the relics of would-be complexes, as well as some interesting graffiti. 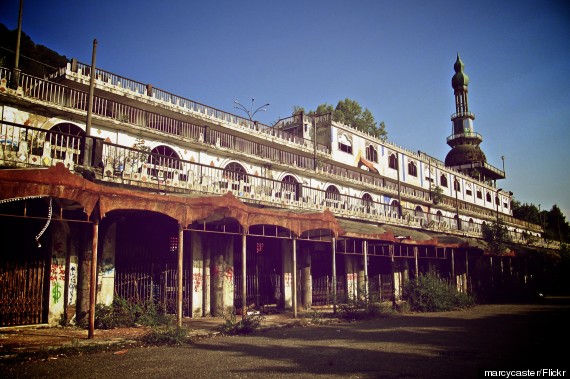 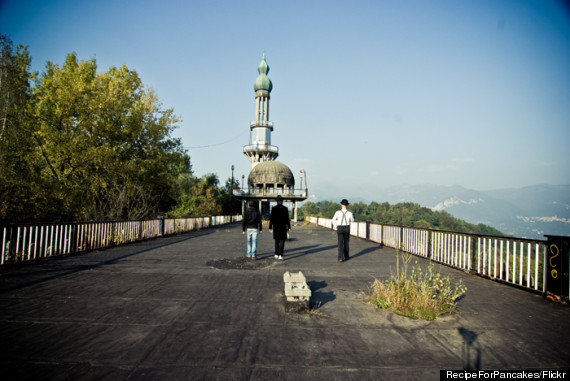 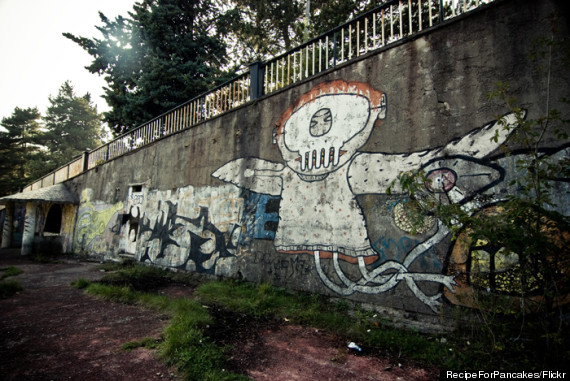 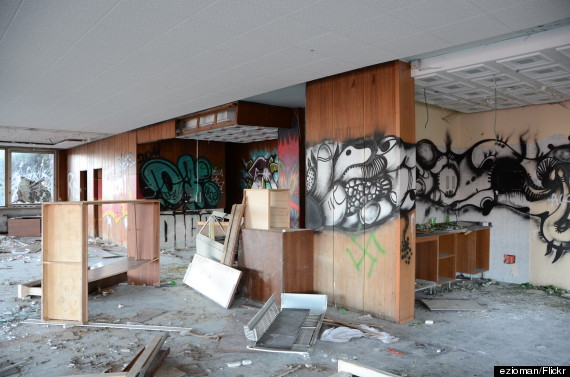 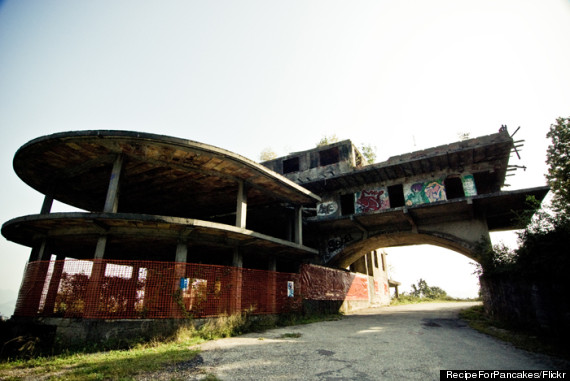 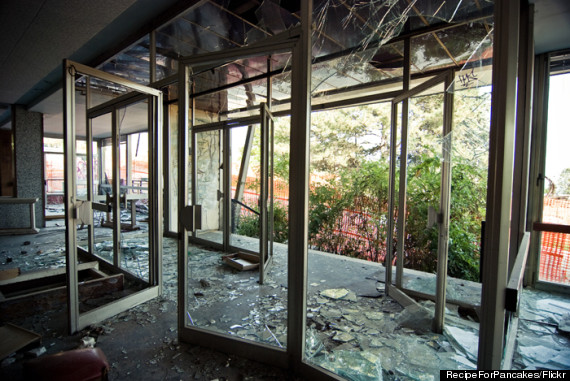