This piece was originally published on Mindthis

It is now pageant season. Millions of girls around the world clamor around their television screens, waiting to see women from their country and proceed to look at the 'Misses' of the world with a special gleam of idealism in their eyes.

Tucked away on the small island of Grand Bahama, preparing for the biggest stage of her life is Chivvaun Smith, a young woman who once held the same idealistic gleam in her eye. That idealism with time, morphed into a hunger that is fueled by her goal of becoming Miss Bahamas Universe. As I'm from Grand Bahama I thought it would be interesting to follow her journey, but first I needed to learn the basics. Who is she?

Grand Bahama is the perfect island destination. With miles and miles of pure white sand touched by the bluest waters you can imagine and a sun that refuses to stop shining. As wonderful as the island is, that still doesn't change the fact that much like any other small town everyone knows everyone and a slightly exaggerated truth about everything.

So it's not hard to connect people on the island. In Chivvaun's case my cousin is her best friend so tracking her down wasn't the hardest thing to do. No, the hardest part about meeting Chivvaun was calling her by her first government name. Everyone who has known her before or during high school affectionately calls her Abby.

This new title is strange to me but it comes as no surprise. Gone is the tall quiet and awkward 11-year-old girl with long limbs I once knew. Standing before me is a graceful ballerina. Trained in her art form and using the environment around her to create nothing but positive energy. If I was cultured enough to speak on things like fine wine and the time it takes to age it perfectly, now would be the time to share such knowledge. For now however, I'll stick with "she's grown up".

Abby casually welcomes me into her home where for an hour and a half I got to pretend like I was Oprah and she was more than gracious enough to indulge the fancy. 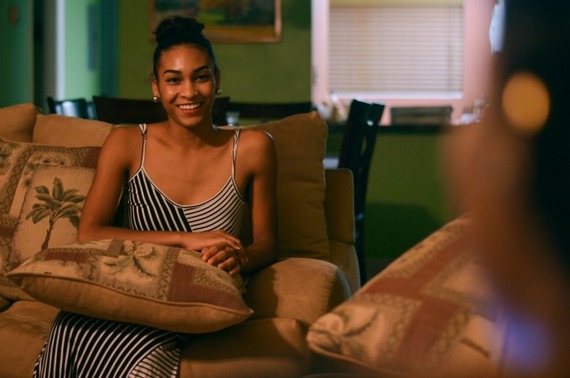 Most dancers start at a really young age and Abby clearly wasn't an exception.

" I got into dance when I was 5 years old. My mom and I met a lady from the Czech Republic who said I looked just like her sister who was also a dancer. So mummy enrolled me. From there my entire life was about it you know? I absolutely loved it."

She goes on to talk about her training and her subsequent move to the Washington School of Ballet to advance in it.

"I had reached a point where I had exhausted everything the Bahamas could have given me as far as training and technique goes. Moving was one of the hardest things to do. I was one of the oldest and I was behind technically. One of my dance teachers even called my movement vulgar."

In the Bahamas Abby was considered too advanced in her art form to grow and in Washington she was deemed too "vulgar" to learn. Even though Abby would move on to 'City Dance at Strathmore' on a full scholarship, the damage was already done.

This would not be the first time she would straddle the fence of where exactly she belonged. In a world where more and more people are engaging in honest discussions of race and heritage, Abby has an all too familiar story

Abby talks about her experience going to University of Oklahoma and many micro-aggressions she would have faced there. It's the comments at home however that hit rather harshly.

"People try to tell me that Bahamians don't look like me. Well what do they look like? There isn't one mold that Bahamians fit and that's what makes us beautiful, Our diversity."

Colourism is real and Abby's not here for it.

Working at the Ministry of Tourism now and surely on her way to representing the Bahamas in that sector I had to ask her though "Why Miss Bahamas?"

"I remember meeting Mikala Moss (former Miss Bahamas) and wanting to be so much like her. It was when you still asked people for autographs and I got hers. I actually still have it in my room! I also remember watching the Miss Universe pageants and being really sad that we haven't had a Miss Bahamas make it through. Last year I decided that I would stop complaining and at the very least try to do it myself."

It's obvious that Abby will work hard to attain the title of Miss Bahamas, so it was no surprise when I reached out to Tomii Culmer Miss Bahamas Universe 2014 - 2015 she had this to say about Abby "She may seem soft spoken but she definitely has fire. Especially when she hits the stage. I have a lot of confidence in her. As long as she stays focused she'll be good" 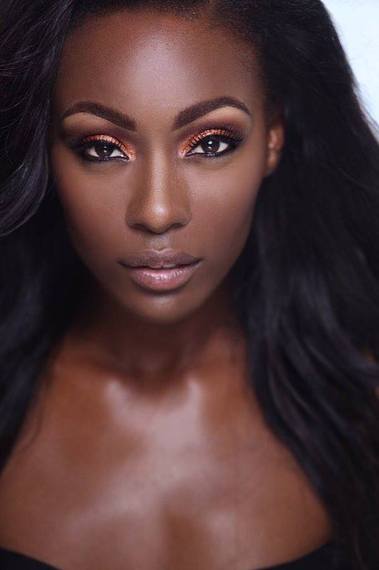 Tomii acts as a mentor of sorts to the young Miss Bahamas hopeful and it's evident how proud of Abby she really is.

I've decided to save any other questions I have for Abby until next time. She has a morning flight to catch to the capital for training and I refuse to be the person keeping her from resting well. I'm more than excited to follow her on this journey and I can't wait to see how it all unfolds. 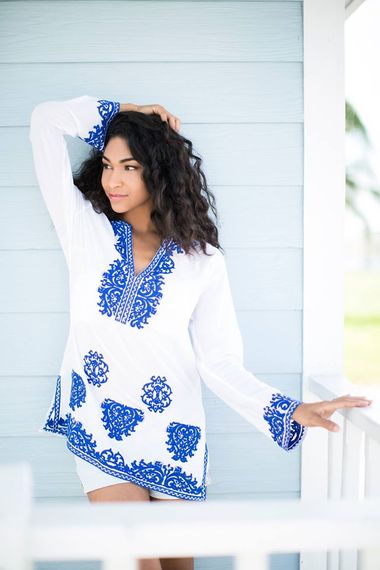