Fresh air. Long hikes through the mountains. Plenty of milk and wine. Beginning in the mid-19th century, when people went to Davos, Switzerland, such cutting-edge prescriptions were meant to help cure their tuberculosis (TB) infections. Patients came from across Europe to sanatoriums in Davos to escape the "bad breath" of crowded cities, staying in the same rooms of what are now considered some of the finest hotels in the Alps. Celebrities walked the halls and memorialized their time on the Magic Mountain. For medicine, it was a pre-antibiotic era. Patients could even spend their nights in stables to get exposure to ammonium in cow flatulence. Although now, attendees get to listen to Bono, so not everything has changed.

But as world leaders gather in Davos this week for the World Economic Forum, recent news raises the possibility of a return to a sanatorium era, where we have no effective treatment for TB.

In this recent study, treating drug-resistant TB patients consumed an enormous portion of South Africa's TB budget. And yet success remained elusive. Extending the standard 12-month treatment to 18 months raised the price of treatment to almost $400,000 USD per patient, yet cured only 2.2 percent more people. Doubling the treatment duration to two years brought the total cost to nearly three quarters of a million dollars per patient, and yet cured only 4.4 percent more people. One third of the patients discharged from treatment during the study were still highly contagious and likely to spread drug resistant disease throughout their communities. The study authors paint a frightening picture that looks a lot like the distant past. 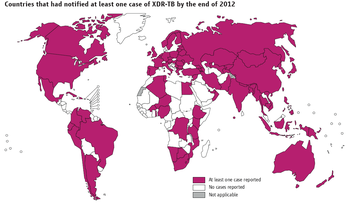 Beyond South Africa, drug-resistant TB is on the rise. Just a few months ago, the WHO reported that extensively drug-resistant TB is now present in 92 countries. Europe bears 18 percent of the world's multiple drug resistant (MDR) and XDR-TB burden, driving up the region's TB treatment costs to over €530 million per year. In some eastern European and Asian countries, 20 percent of new TB cases and more than 50 percent of those previously treated for TB have MDR-TB, which can be up to 1,000 times more expensive to treat. Who will pay for these burgeoning costs? 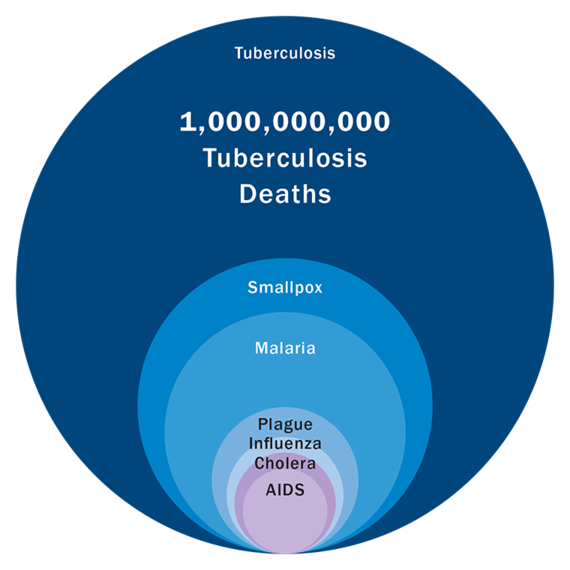 Tuberculosis has killed more people than any infectious disease in history, claiming over a billion lives in the last two hundred years. And now we see that against extremely drug-resistant TB strains, even the most modern medicines are proving to be no more effective than the antiquated treatments practiced at Davos. What can be done? Do we accept a return to sanatoriums where infected patients are sent to die?

Aeras' modeling data estimate that over a 10-year period, developing an effective TB vaccine would cost about 1 percent of what will be spent on treatment during that time. And as we look at the financial impact of XDR-TB in South Africa, treatment costs will surely rise. The drugs aren't working. The costs are unsustainable. The infection marches on. The world cannot afford to stand by.

If the global leaders in Davos don't invest in innovative new tools like TB vaccines, a world without effective antibiotics may be what awaits us. I hope Bono's voice is rested.