With the recent deaths of Charlton Heston and Anthony Minghella, and the resulting post-obit tributes that came their way, it bothered me that this was not the case when one of our greatest motion picture actresses passed away a little less than six months ago. 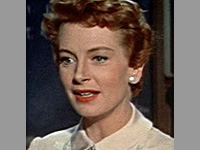 In light of this, I thought it appropriate to share the moment I learned of the news. Perhaps some of you felt likewise.

I was checking my email at an Internet cafe in Sao Paulo, Brazil, where I was attending the Film Festival in that city when I noticed a similar subject heading in a large array of messages. Deborah, they all indicated and without missing much of a beat my heart sank as I correctly predicted the ominous contents. Deborah Kerr had died, my lady love and favorite actress since I was ten. Four days prior apparently, and I couldn't believe the news. Nor that I had missed it on CNN, which certainly must have covered it. My friends and colleagues assumed I knew and were just passing along their regrets.

But to learn such sad news and so late in an age of instant technology was unfathomable, and it bothered me greatly that I was in Brazil and could not watch the many tributes to this wonderful star.

It also bothered me that my hometown paper, the Los Angeles Times, had relegated the story to the obit page, whereas it had given front page coverage to the widow of Christopher Reeve! I'm sorry, but there is no comparison between the public significance of these two women, however tragic the younger woman's death was so soon after Reeve's. Nor was Paul Tibbets as notable. Indeed the Times had to inform us that he was the pilot of the Enola Gay in its front page reportage of his death, though the man was only a coincidental tool in the events of Hiroshima, having neither planned, perpetrated or made the decision that fateful day.

Shouldn't a newspaper's coverage signal proper import of the collective deeds of a subject's life? There were also no "In Remembrance" memorial columns in the LA Times as a follow-up to her death, and I found this rather outrageous. Yes, Deborah was 86 and had been out of the public eye for a number of years, but her film and stage career spanned four and a half decades, she was one of the biggest stars of the fifties, had six Academy Award nominations in the space of eleven years and had secured legendary status in motion picture history. That alone should have made the choice simple, but the fad conscious editors must have decided her absence from the spotlight trumped the significance of her contributions to the film industry.

I was fortunate to get to know Deborah and helped secure her the Oscar long denied her, as well as a royal honour in 1998.

Many of her colleagues, including Scottish Film maven David Bruce joined me and appealed to the British authorities to make her a Dame, but she was awarded instead a CBE, Commander of the British Empire. This, in spite of From Here to Eternity writer Daniel Taradash comparing the reception that greeted her at the Oscar ceremonies to none other than Charlie Chaplin when he received his honorary Oscar. And he'd been anointed a knight, but the female equivalent was not to be presented to Deborah. It was an enormous royal shame and I complained about it to the British dailies, a number of which printed my remarks condemning the Ceremonial Secretariat, which administers the Honours process.

Deborah Kerr was simply a treasure, beloved by her co-workers and generally free from scandal. The closest she came was when it was reported that she had fallen in love when her marriage was apparently over. But that was it. Her screen presence of class personified her personal behavior. Though a star of the highest magnitude, she was enormously taken by a stranger's kindness, which is how we happened to meet. She reacted so appreciatively to a letter I wrote her while she was in Los Angeles doing a play and wrote back saying, "You have no idea what that does for the timid ego I possess!"

She invited me to her meet her and we later began an every so often exchange of letters until she expressed her thanks in a phone call when she received the CBE in 1998. Her Tea and Sympathy playwright Robert Anderson told me to call her in Switzerland after he'd related my involvement in the campaign, and she was ever so grateful, ever the lady.

That's the memory I'll cherish forever. How I was fortunate to work as a writer in the same industry and got to know the once far off dreamy figure I'd discovered in my youth when my grandmother took me to the Roxy Theatre in New York City to see her performance in The King and I. 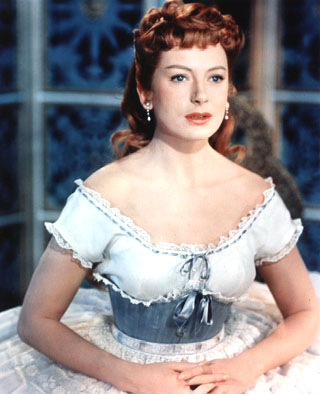 It remains my favorite film, and apparently is still much appreciated by her motion picture colleagues, who raised the level of their applause during the tribute to Deborah at the 1994 Oscar ceremonies when a film clip suddenly appeared showing her dancing with the king of Siam.

After I returned from Brazil I performed duties as a strike captain for the 2007-2008 Writers Strike. While picketing I regaled my fellow writers about this splendid actress, my heart aching for our collective loss, for my personal loss. Then, a tearful smile occasionally spread across my face when I realized how lucky I was to know her.