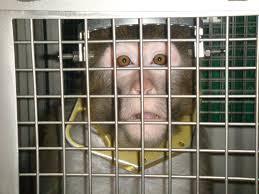 Pamela Anderson has made a media splash by refusing to take part in the ice bucket challenge in support of the ALS Association because of its history of funding animal experiments that she describes as being cruel and fruitless.

Her stance has sparked widespread discussion. The question for us to consider is does Ms. Anderson have a point?

As a board-certified neurologist who has cared for and as the principle investigator of grant-funded research with ALS patients, I have literally cried with my patients and their families when I had to give them the devastating news that they had Amyotrophic Lateral Sclerosis (ALS), or "Lou Gehrig's Disease."

Like so many neurological diseases, ALS is a truly terrible and terrifying disease. My heart goes out to the people who have lived and died with ALS. Watching my patients progressively lose control over their most basic bodily functions - eating, breathing, defecating - with little to offer but my emotional support is every doctor's nightmare. The only available drug is not even worth mentioning because it is so ineffective.

Why then, seven decades after Lou Gehrig's courageous fight against ALS - and hundreds of million of dollars spent on ALS research - is there not one single effective treatment or cure in sight for ALS?

The answer partly lies in how that money (much from our tax dollars and donations) is spent. A significant portion of our research money has been funneled into creating so-called animal "models" of ALS.

But here's the problem and this is a point I have discussed before: ALS is a uniquely human disease. Researchers have artificially created animals who show some symptoms that resemble ALS. But as in so many disease areas, the animal "models" only mimic some of the symptoms of ALS and they differ in what symptoms they produce and the causes behind those symptoms. Thus these animal models are extremely poor substitutes for studying uniquely human diseases.

For example, for decades, researchers devoted their attention to the genetically engineered SOD1 mouse "model" for the study of ALS. But over the past few years, it has become quite clear what an abject failure experiments using these mice have been. The disease in these mice is not consistent with the most common form of ALS in humans. After forty years of using this standard ALS model, all the drugs that were effective in these animals showed little benefit in humans. In other words, the animal experiments have failed again.

So, acknowledging the problems with the SOD1 mouse and its little relevance to ALS, researchers then moved on to a different model: the TDP43 mouse. But now, a new study points out how these TDP43 mice differ in key ways from the human disease. For example, in ALS patients, paralysis occurs over time. But this progression of paralysis was not observed in TDP43 mice. These mice usually died of bowel obstructions, whereas humans with ALS tend to succumb to muscle wasting and the inability to breathe.

We should not be surprised that mice- and any other animal- and humans manifest the disease differently. The disease is complex and changing a few genes in even more biologically complex organisms does not recreate the true disease.

So now what's next? To be fair these researchers point out other problems with experiments using these mice that they believe (based on no evidence) can be fixed. But how long do we keep doing this? Each time a new animal "model" is created, only after decades and millions of dollars spent do we discover that the animal model is wrong. Experimenters then go back and tinker again only to create another wrong model. And on and on it goes.

How long do we keep doing more of the same? Decades of the same have not found us a cure. In fact, the same has not even found us a single effective treatment. There's an old saying: when you're stuck in a hole, stop digging.

In fact, my greatest fear is that we may have found the cure long ago, but it was abandoned because of misleading animal experiments. Drugs that could have worked in humans may have been tossed out because they did not work in mice.

We need to be smart and strategic with how we use our research dollars. How much closer would we be to a cure today if instead of wasting millions of dollars on failed animal experiments, the money had been used to create more effective human-based testing methods that accurately recreated the disease?

While animal experimenters continue to waste time, money, and lives messing around with animals, people with ALS have become so desperate that they are enrolling in unregulated drug trials, putting their lives at even greater risk. And let's be clear: humans are putting their lives at risk each time they are the first people taking a new drug developed after animal tests because more than nine out of ten drugs found safe and effective in animals are unsafe and/or ineffective in humans.

The choice here is not between testing on animals or humans--and it never was. The choice is to either keep putting people's lives at risk based on inaccurate animal experiments or to ensure their safety by using much more accurate human-based tests before humans start taking the drugs.

I am actually thrilled that ALS is receiving the attention it deserves. I just hope that the association will stop throwing the donations from the legions of generous people down the drain with more failed animal experiments. That's why I, like Pamela Anderson, encourage the ALS Association to devote its newfound wealth into the area with the greatest promise--to developing effective human-based tests we so desperately need.