December’s onslaught of holiday-themed schmaltz is enough to numb even the most enthusiastic theatergoer, but fear not: Drew Droege has the perfect antidote.

The actor, comedian and YouTube sensation returned to the New York stage this week with his hit solo play, “Bright Colors and Bold Patterns.” Directed by “Ugly Betty” veteran Michael Urie, the play hilariously explores the challenges many queer single men face in the era of marriage equality. (Check out The Huffington Post’s original review of the Off-Broadway show, which opened Dec. 19 at the Barrow Street Theatre after a premiere engagement in September, here.)

In the above clip, Droege, whose /www.youtube.com/playlist?list=PLJzrhL16uCyC2WiT--0hpOndzPiVqe0YP"}}">YouTube impersonations of Chloë Sevigny have garnered a cult-like following, says he wrote the character of Gerry, a 30-something gay Angeleno who experiences personal turmoil on the eve of a pal’s wedding, because he “wanted to play a guy who was having a crisis.” As to what resonated most about the role, he added, “We love to be the center of attention. We love to say the funniest thing in the room. We get a little miffed if somebody says something funnier than we do.”

Fortunately, Droege needn’t fret about the virtue of his humor too much: “Bright Colors and Bold Patterns” was an honorable mention on Time Out New York critic Adam Feldman’s list of the 10 best shows of 2016, while The New York Times praised the star’s “devastatingly funny panache.”

Drew Droege Is Sassy, Sloshed And Single In A Hilarious New Play
Gifts For Your Newly Single Friend 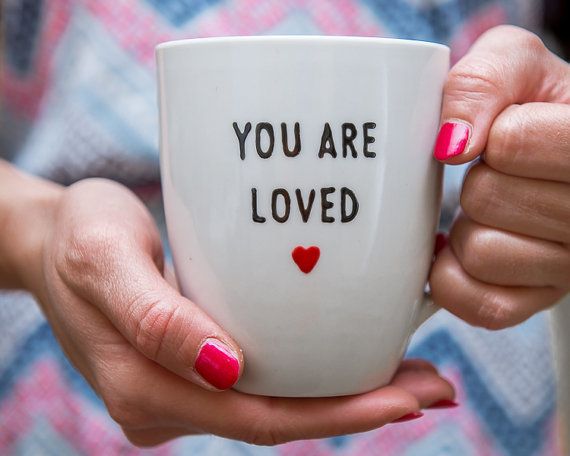 1 / 13
For the friend who needs a reminder of how amazing she is.
Buy it <a href="https://www.etsy.com/listing/212296283/personalized-womens-mug-you-are-loved?ga_order=most_relevant&amp;ga_search_type=all&amp;ga_view_type=gallery&amp;ga_search_query=you%20are%20loved&amp;ref=sr_gallery_2" target="_blank">here</a>.&nbsp;
Etsy