BOSTON -- Dzhokhar Tsarnaev has been sentenced to death for committing the Boston Marathon bombing, one of the worst acts of terrorism to take place on U.S. soil.

The same seven-woman, five-man jury that found the 21-year-old naturalized American citizen guilty in the April 15, 2013, attack reached the verdict after deliberating for more than 14 hours over three days. The only alternative sentence was life without parole.

The jury sentenced Tsarnaev to death on 6 of the 17 counts, including use of a weapon of mass destruction, bombing of a public place and malicious destruction of property. A death sentence required a unanimous vote from the jury members, but if they had failed to agree on it, the life sentence would have been imposed automatically.

Tsarnaev displayed no reaction as the jury's decision was announced. District Court Judge George O'Toole said Tsarnaev "comported himself with composure and propriety" throughout the trial. Tsarnaev was then released into the custody of U.S. marshals and will be formally sentenced this summer, at which point he'll have the opportunity to address the court.

"We know all too well that no verdict can heal the souls of those who lost loved ones, nor the minds and bodies of those who suffered life-changing injuries from this cowardly attack," Attorney General Loretta Lynch said in a statement after the sentence was announced. "But the ultimate penalty is the fitting punishment for this horrific crime and we hope that the completion of this prosecution will bring some measure of closure to the victims and their families."

Liz Norden, whose two sons each lost a leg in the bombing, said, "It is bittersweet ... There are no winners today." She added that she thought the death penalty was an "appropriate sentence."

Others spoke in opposition of the death sentence.

Steven W. Hawkins, executive director of Amnesty International USA, responded to the sentence by saying the death penalty "is not justice."

"It will only compound the violence, and it will not deter others from committing similar crimes in the future," he said in a statement. "It is outrageous that the federal government imposes this cruel and inhuman punishment, particularly when the people of Massachusetts have abolished it in their state."

Lynn Crisci, 38, was a spectator at the 2013 Boston Marathon and still has hearing loss, a brain injury and chronic back pain from the bombing.

"I stand with most people in Massachusetts -- I'm shocked,” she said after the sentence was announced. “This is a liberal state. We don't have the death penalty. I thought for sure there would be at least one juror who said I can't do this. "

Crisci said she is not opposed to the death penalty but just wants to stop seeing Tsarnaev in the spotlight.

"What the survivors want is to stop hearing his name. We want the trial to be over to stop making him famous. It's disappointing that this is going to go on for another 5, 10 years and that his name will keep coming up," she said.

Jarrod Clowery, a survivor of the Boston Marathon bombing, told CNN Friday that he hasn't followed the case. “That’s what I’ve done to bring closure: Not really pay attention. Out of sight, out of mind.”

In response to a question about whether he would have voted for the death penalty, Clowery said, “Not my job. I’m a citizen of the United States, so I stand behind the legal system. If I was in that position, I’d have to look at the evidence and everything myself and try to be objective.”

The sentence punishes Tsarnaev for the two homemade pressure cooker bombs packed with nails and BBs that he and his brother, 26-year-old Tamerlan Tsarnaev, detonated near the marathon's finish line. The bombing killed three people -- Martin Richard, 8, Lingzi Lu, 23, and Krystle Campbell, 29 -- and injured 264 others, more than a dozen of whom lost legs. On April 18, the brothers assassinated a Massachusetts Institute of Technology police officer, Sean Collier, in his patrol car in a botched attempt to steal his gun.

Deliberations began May 13, when jurors were handed a complex, 24-page verdict form covering 17 capital counts, including bombing of a public place and conspiracy to use a weapon of mass destruction. The slip asked jurors to review the crimes for aggravating and mitigating factors.

Jurors had to decide if the prosecution proved that Tsarnaev exhibited aggravating factors, such as premeditation, a lack of remorse or "an especially heinous, cruel and depraved manner" of committing the offenses. Aggravating factors are reasons that the government said Tsarnaev deserved the death penalty.

The jurors also had to consider mitigating factors, such as whether Tsarnaev "had no prior history of violent behavior" and if he "acted under the influence of his older brother," which the defense argued were reasons for life imprisonment.

The defense argument that Tamerlan drew his brother into the cruel plot ultimately fell flat with jurors. Only three agreed with the statement that "Dzhokhar Tsarnaev would not have committed the crimes but for older brother Tamerlan" that was included in the mitigating section of the verdict slip. 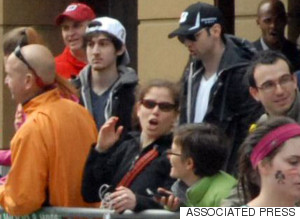 The defense admitted to Tsarnaev's involvement in the attackfrom the very beginning of the trial. His lawyers' strategy has been to soften his image by portraying his older brother as the radicalized mastermind.

Prosecutors portrayed him as remorseless. In one image, jurors saw Tsarnaev in an orange jail jumpsuit sticking up his middle finger at a security camera before a court appearance. 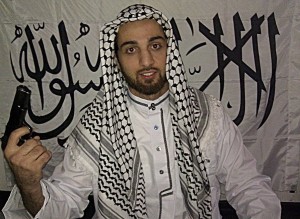 But jurors rejected that argument, with only three signaling that they believed Tamerlan "planned, led, and directed the Marathon bombing," according to the verdict slip.