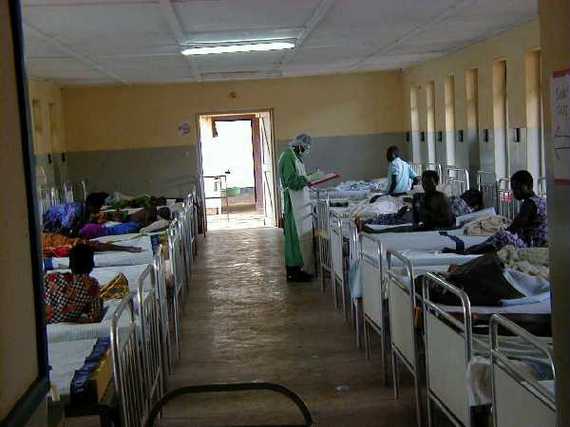 A hospital isolation ward in Gulu, Uganda, during the October 2000 outbreak

I view Ebola as an enemy. This is war. Now is not the time to politicize Ebola and attack our leadership. We can discuss how this health crisis could have been better managed after we win the war, but until then, it is essential that we stay focused on the enemy.

President Obama named Ron Klain as the Ebola response coordinator. Republicans were quick to criticize his appointment, arguing that Ron is not a doctor, and that he knows nothing about Ebola. This argument is absurd. Ron Klain is not treating Ebola patients. There is no need for him to be a doctor. His job is simply to manage.

Ron has tremendous experience in crisis management and understands city, state and federal bureaucracies. He has created a team of top medical professionals to work with officials across the country to insure that we take the necessary and responsible precautions to prevent the spread of this hideous disease.

We don't want the public to ignore safety measures or travel instructions for the reason that they don't trust the leadership. A soldier wouldn't dare challenge his general's strategy in the middle of a dangerous battle. That would cause confusion, spread fear, and destroy morale, and the war could be lost. The battle against Ebola is no different.

"We want to state at the outset there is no reason for New Yorkers to be alarmed," Mayor de Blasio said.

Mayor de Blasio was calm and reassuring. The city has a qualified team of investigators tracing Spencer's steps to insure that this remains an isolated case. Health officials explained to the public that it is highly unlikely for an ordinary New Yorker to contract the disease because of Spencer. All the same, social media is full of angry and frightened Americans criticizing Spencer for bringing Ebola to New York.

The forefront of the war against Ebola is in Africa. Today, with flight and travel to Africa so frequent, no matter what precautions we take, if we don't stop Ebola in Africa, it will sooner or later return to the United States.

The courageous doctors volunteering in Africa are not just saving lives in another continent; these heroes are actually thwarting the spread of Ebola in the United States.

And I shudder to think about how many millions in Africa would die from this horrible illness had the international community not felt at risk.