The Eiffel Tower turned off its lights at midnight in a solemn tribute to victims of Wednesday’s London terror attacks.

Paris Mayor Anne Hidalgo announced Wednesday evening local time that the city’s most famous landmark would go dark in solidarity with those killed and injured near the British Parliament building earlier in the day. The assailant drove a vehicle into people on London’s Westminster Bridge, stabbed an unarmed police officer to death and was shot dead as he tried to enter the building, authorities said. Five people, including the officer and the assailant, were killed, and more than 40 were hurt.

“I’ve decided to extinct the Eiffel Tower this evening at midnight, to honor the victims of the attack in #London #WeAreUnited,” Hidalgo tweeted in French.

I will turn my lights off tonight, at midnight, to pay tribute to the victims of the London attack. #EiffelTower pic.twitter.com/MTnkoflVv3

The Eiffel Tower’s lights are usually turned off at 1 a.m., according to the tower’s website. But sometimes the lights are shut down earlier in recognition of a terror attack or other emergency. In December, Paris shut off the lights at 8 p.m. to call attention to the humanitarian crisis in Syria. The Eiffel Tower went dark at 8 p.m. in 2015 to mourn the Charlie Hebdo killings. 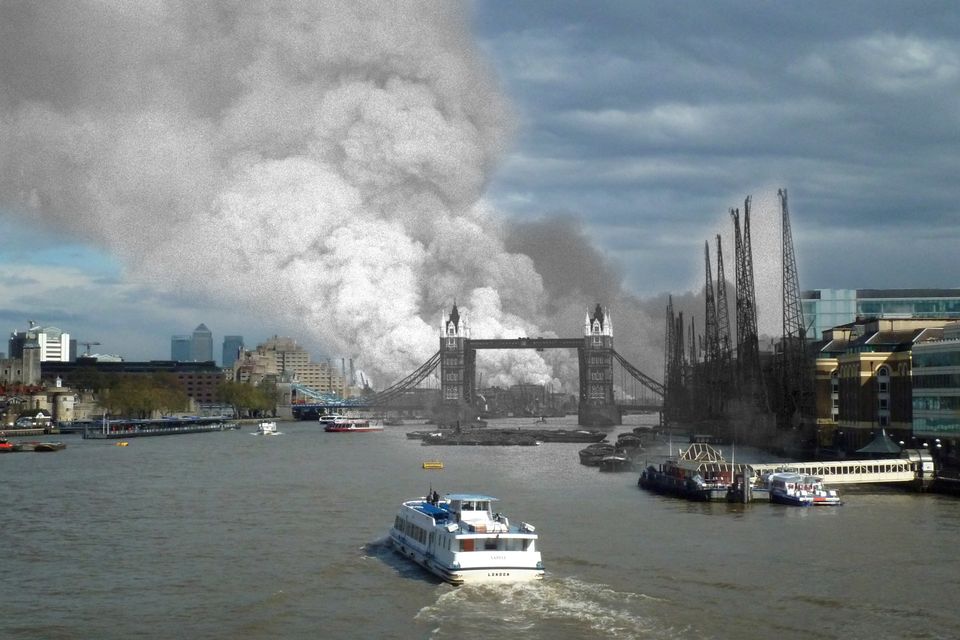 1 / 12
A view east down the Thames towards smoke rising from fires in Surrey docks, following the first German air raid of the London Blitz, 7th September 1940.&nbsp;
Getty Images