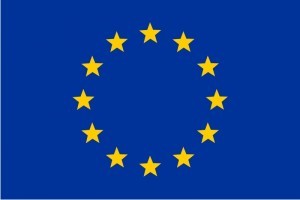 European policymakers are considering a draft of the European Data Protection Regulation that would prohibit teens under 16 from participating in social media without parental consent. Up until this point, the draft Regulation set the age at 13, which is consistent with laws and practices around the world.

I live in North America, but I'm CEO of ConnectSafely.org, a non-profit Internet safety organization that works internationally and -- as a citizen of the world -- I worry about the implications that this policy could have on our "global village," where we need youth to be involved in cross-border conversations to solve some the world's most critical challenges including global terrorism and climate change.

While I'm sure there are well-meaning intentions behind this proposal, I worry that it could actually endanger and disenfranchise young people at the very time when we should be doubling down on their engagement in social media and world events.

Let's start with the issue of safety. My friends in the suicide prevention and mental health communities tell me that social media, along with texting, is very often the way that teens reach out when they are in crisis. Social media services are frequently used by younger teens to seek help or just let others know about their distress. I have heard of numerous cases where suicides have been prevented as a result of teens reaching out, along with even more cases of teens seeking or getting help when dealing with such things as physical abuse, sexual harassment, bullying and self-harm. I can say with certainty that there are young people alive today who would not be with us had it not been for the support or emergency interventions that they received via social media.

A coalition of leading European Internet safety organizations and experts said it very well in an open letter to European policymakers.

The Internet can represent a lifeline for children to get the help they need when they are suffering from abuse, living with relatives who are addicted to drugs or alcohol, or seeking confidential LGBT support services, to name a few.

My European counterparts in the Internet safety community along with experts in the U.S. and other continents know how essential social media can be in the lives of young people and worry that any effort to restrict it could cause far more harm than good.

Major source of information and engagement for young teens

Of course, social media does far more than help children in crisis. It's also a major source of information, news, education and public discussion. As ConnectSafely pointed out in our Educator's Guide to Social Media, these services are increasingly being used for both formal and informal learning.

Teens, along with adults, rely on social media as a source of news. And, for many teens, it is their primary source of news, whether it's getting a quick status update on an important local or international story or a link to an in-depth article on important news that can affect them and their community.

Teens also use social media for engagement, not just to keep up with their friends and family (important in its own right) but to engage in civic activity. Social media is not only today's "water cooler," but today's town square. It's the place where young people mobilize support for environmental causes, better health care, educational reform and so many other critical issues. To deny youth access to social media is to ban them from the important conversations that will shape their and our world. Nobel Peace Prize laureate Malala Yousafzai, who is now 18, started speaking publicly about the rights of women and girls in Pakistan and other countries long before she turned 16. Under this regulation, she could have been prevented from speaking out without her parents' consent.

Bad timing for a world in crisis


Given what's happening in the world today, we need more youth communicating and participating, not fewer. Although we have heard reports about a tiny number of people who may be using social media to radicalize youth, the fact is that there are a very large number of people using social media for positive counter-speech and to mobilize young people in every country and among every ethnic and religious group to seek peaceful solutions to our problems. We don't want to disenfranchise those young people, including those whose parents may be unable or unwilling to provide written consent for them to be on social media. Besides, those who seek to use communications tools for harm will find other ways to do so. Banning kids from well-managed social media services, which have support departments that enforce their terms of service -- will drive them underground to use services that have little regard for safety and civility.

While the proposal would allow youth to be on social media with parental consent, it will have the impact of banning a very significant percentage of youth and especially the most vulnerable ones who will be unable to obtain that consent for a variety of reasons. Some parents may not have the literacy or technology skills to fill out the necessary consent mechanisms, others may be afraid to provide information that they fear might get into the hands of government or immigration authorities, many will simply be confused by the consent mechanisms, some may be too busy or too preoccupied with the challenges of providing for their families. There will be many parents who will refuse to give consent because they don't want to support their children's curiosity in such areas as religion, civic engagement or sexual health or orientation. And, sadly, there are some parents who abuse or mistreat their children who may want to keep them from being able to reach out for help.

I urge European policymakers to reject this proposal to raise the age to 16 and continue to allow young teens aged 13 and older to engage in the very media that is bringing the world together.

Disclosure: Larry Magid is CEO of ConnectSafely.org, which receives contributions from Facebook, Google and other companies engaged in social media