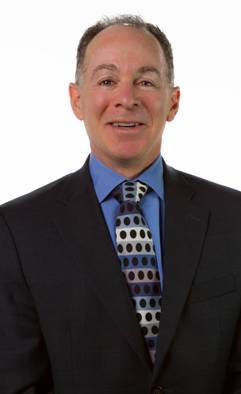 Doctors are the gatekeepers to the change America needs.

Doctors alone possess two game changers that can put America back where it belongs: (1) the ear of Americans when they are most receptive to receiving and acting on information about their health, and (2) the prescription pad. They need to use their prescription pads to promote the most cost-effective and potent treatment we know: exercise.

Undoubtedly, America is a big believer in the hope of medicine, in "the cure." Our enthusiasm to extend life has led to many important scientific and medical innovations that have added years to people's lives. But in our effort to "make people better" -- to heal -- we've neglected to put adequate emphasis on keeping people well in the first place. We've forgotten the critical importance of primary prevention in health care. And we've overlooked the health-altering significance of daily living habits.

The majority of premature deaths, illnesses, and health care costs in the United States today is preventable. Lifestyle diseases are chronic conditions that result from lifestyle choices. These chronic conditions not only take their toll in human suffering -- nearly one out of two Americans has at least one chronic disease, and one in four has multiple. But they cost money -- $2 trillion, in fact -- or 84 percent of health care spending.

Let's be clear. By primary prevention we're not talking about screenings or early detection, although these can be critically important in the effective treatment of disease. Rather, we're talking about lifestyle medicine -- the evidence-based practice of assisting individuals and their families to adopt and sustain behaviors that can improve health and the quality of life. Specifically, we're talking about regular exercise, sound nutrition, stress resiliency, adequate sleep, the avoidance of tobacco, and the moderation of alcohol.

Regular exercise is an excellent example of the medicinal power that primary prevention wields in combating disease. Thousands of studies show that exercise deters illness and protects life. Yet exercise rarely gets enough attention in medical schools, and isn't routinely included in most patient-doctor dialogues. It should be.

Evidence of the health benefits of exercise continues to mount. Just last year, a groundbreaking study found that exercise is potentially similar to many drug interventions in preventing early death in patients with coronary heart disease, who have heart failure, who are recovering from stroke, and in preventing diabetes.

Another study showed that people with mild to moderate hip osteoarthritis may be able to avoid hip surgery if they exercise. And still another confirmed that exercise significantly reduces the risk of dementia. This 35-year U.K. study also found that five healthy habits -- regular exercise, a healthy diet, a healthy weight, not smoking, and low alcohol intake -- resulted in 70 percent fewer cases of diabetes, heart disease, and stroke.

It's time for the American medical community to fully embrace lifestyle medicine and to promote it in both medical schools and medical practices. Our doctors are in the very best position to instill this simple medical truth into the heart of American living: Regular physical activity, good nutrition, stress management, enough rest, the avoidance of tobacco, and the moderation of alcohol are the most fundamental and affordable actions we can take as individuals to avoid disease and stay well.

For more than six years, we have been involved in one global initiative -- Exercise is Medicine -- that has been pushing hard to make exercise a standard part of disease prevention and treatment. Not only has it has been calling on physicians to assess and review every patient's physical activity program at every visit, but also to prescribe exercise. The program is an important catalyst for positive influence, but it can only work if America's medical community makes it happen.

Doctors do hold tremendous power. The key to unleashing it lies in that critical moment when they have the rapt attention of their patients -- and importantly, within the prescription pad that only they hold. In these two powerful tools, our nation's doctors possess the Rx to an impending culture change that has the potential to positively transform the way America lives -- and thrives.