What a confounding country we are these days. We've got one set of folks denying climate change, evolution and the role of government, another demanding government job creation and the preservation of social programs, still others who'd hug a tree in lieu of any form of development, and that big exhausted bunch in the chewy center who truly and, perhaps, naively, believe there's a middle ground to be found in most things. Well, maybe not climate change and evolution denial, but pretty much everything else.

Extremism is all the rage (emphasis on "rage") and if you are to be thought of as something, you're obligated to be that thing without nuance or flexibility. Environmental defender vs. job creator. Green thinker vs. technology warrior. Ecologically minded vs. economically minded. Whatever variation on the theme, the only commonality to be found is the vs.in between. The versus. The opposition. The either/or.

I don't see it that way, the implacable either/or. Sometimes there is a middle ground that is often the most logical place to set up camp and make wise decisions.

For example, I clearly understand the need for jobs but don't see the upside of decimating a 2000-acre redwood forest to create some for the wine industry, particularly when other options are available. (May we suggest a pinot with that redwood forest?).

We do need to wean ourselves from foreign oil but drilling (baby, drilling) the pristine, incomparable Alaskan wilderness seems shortsighted in the long run.

Blowing off mountaintops and polluting land and rivers downstream seems a self-sabotaging way to provide jobs and alternative energy sources. 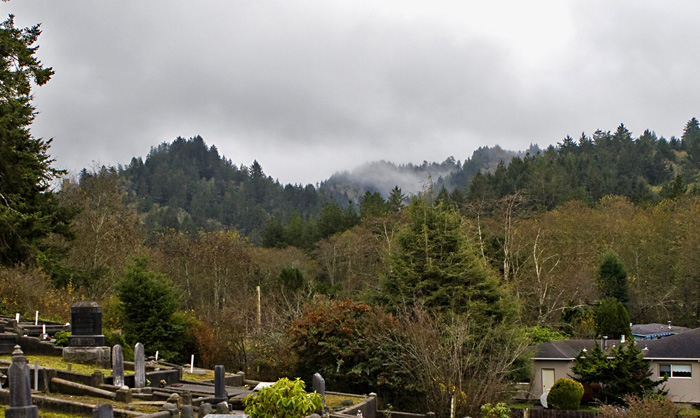 And erecting 25 (potentially more) giant industrial wind turbines at the top of one of the most naturally beautiful areas of northern California to provide wind energy for parts down south seems a flouting of the "do no harm" philosophy of environmentalism. 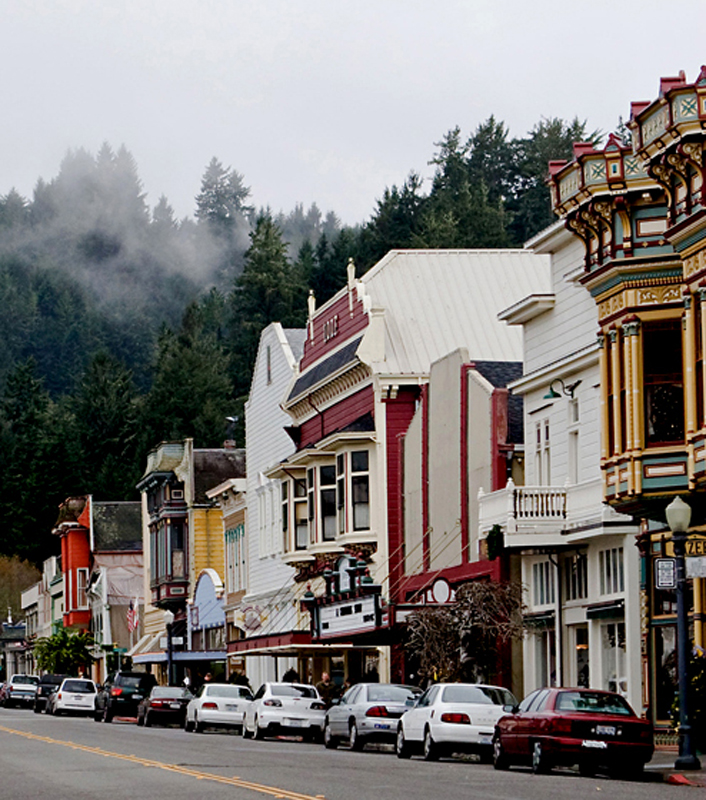 But that's what Shell Oil's got planned for the tiny, bucolic Victorian village of Ferndale, Calif. Apparently, beyond all its many other virtues, Ferndale's got "good wind." Shell's been up on Bear River Ridge quietly testing for the last several years and, by golly, damn fine wind up there! And with that revelation, in blows Big Oil to sell the citizens of Ferndale on the idea of Wind Energy with a capital W and that rhymes with pretty much nuthin' and that stands for "Wait a damn minute!" To mix ditties, they plan to pave paradise and it ain't just to put up a parking lot.

I've written about Ferndale before (Women Of the News: Ferndale's Enterprising Editor, Caroline Titus). Ferndale's main cachet is its tangible aura of untouched rural life; a small town with historical and beautifully preserved Victorians (the entire town is on the Historic Registry), verdant dairy farms stretching from road to ocean, Redwood covered mountains, crystalline creeks and rivers; rolling hills of wildlife and every imaginable ecosystem. It truly is a living postcard and that very quality is its visceral draw to the many citizens and tourists who abound. 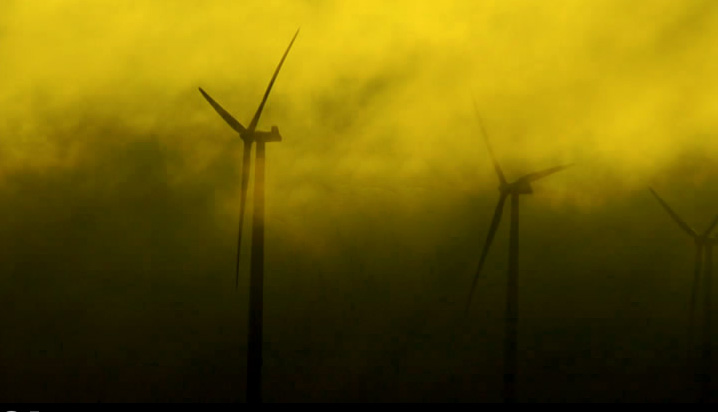 Looming large just above Ferndale's rural charm and tranquility is a hulking line-up of 25 endlessly whirring industrial wind turbines forever blighting the natural landscape. Mix in almost a year of construction, with monster trucks trolling 5 mph through town day in and day out, homes and historic buildings marked for eminent domain consideration; roads, infrastructure, habitats and wildlife impacted, and... WAIT! What?!

Oh, but there'll be some jobs, lots of post-contruction perks, a commerce bump, some landowners will profit from licensing, and it's green, baby, green!!

Talk about a deal with the... Big Oil.

Let's go back to the quibble in the middle. What if you are environmentally conscious and passionate to support green energy? Perhaps you're someone focused on the importance of jobs and the spending flush industry will bring. Maybe you're a preservationist who firmly believes damaging a natural environment is ecologically antithetic. What if you're all of the above?

The Jobs/Commerce Contingent: a letter-writer to The Ferndale Enterprise (who charmingly included "buttinsky" in his signature) outlined what he felt were the weaknesses in the argument against, pushing the value of the hoped-for commerce and promised jobs (most temporary, a few more permanent), suggesting patience as information evolves. His take: one could "get used to" whatever inconvenience or landscape changes would be wrought. A feet-on-the-ground sort.

The Preservationist Contingent: local photographer, Dan Tubbs, Jr. opined the long-term impact: "Part of the beauty of this area is driving across Fernbridge and seeing the town nestled against the beautiful mountains. Placement of giant wind generators on the ridge would be an eyesore, discouraging tourism and affecting the economy of our picturesque Victorian village... I can see no benefit to the people of Ferndale, the Eel River Valley or Humboldt County... If (this project) is completed, the look of this beautiful valley will be forever changed. My only hope then may be that we have more of our foggy, overcast days to shield us from the unsightly wind generators looming over the valley." Shangri-La sold out, as another townsperson agreed.

The Environmentalist Contingent: this well-intentioned group sees this project as a vital opportunity for Humboldt County to contribute to the alternative energy game, even if it is at Ferndale's expense. One fuming commenter (appropriately named "Enraged Environmentalist") wrote: "If doing my part meant putting up a 2MW wind turbine in my back yard, I would gladly do it. If Ferndale and the other NIMBY squeaky wheels get this plan scuttled, I will personally boycott the town's business for the remainder of my days, and encourage everyone else I know to do so as well... I did not think it was possible for me to be so angry at a small town in Humboldt County." Take that, you, you... Ferndale!

The Nature Lover/Get Real Contingent: Ferndale biologist, herpetologist and author, Ellin Beltz, contributed the following: "The project is on virgin ranch land, the road to it is an active earthquake fault and will need to be totally rebuilt so Shell can build a concrete plant on top of the hill and truck in literally thousands of loads of aggregate, supplies and windmill parts. During construction, that road would be impassable to local traffic. Every trip from (town) to the bridge would take one hour instead of 10 minutes. It is highly unlikely Ferndale's tourism business would survive the construction season, nor the houses and historic buildings the punishing vibrations from monster trucks. In exchange, Shell promises a giant night-lit construction yard, white and red blinking lights atop a currently dark ridgetop, whirling blades in marbled murrelet and spotted owl habitat, an enormous noise footprint, power lines running through private property whose owners do not want electrical lines... " 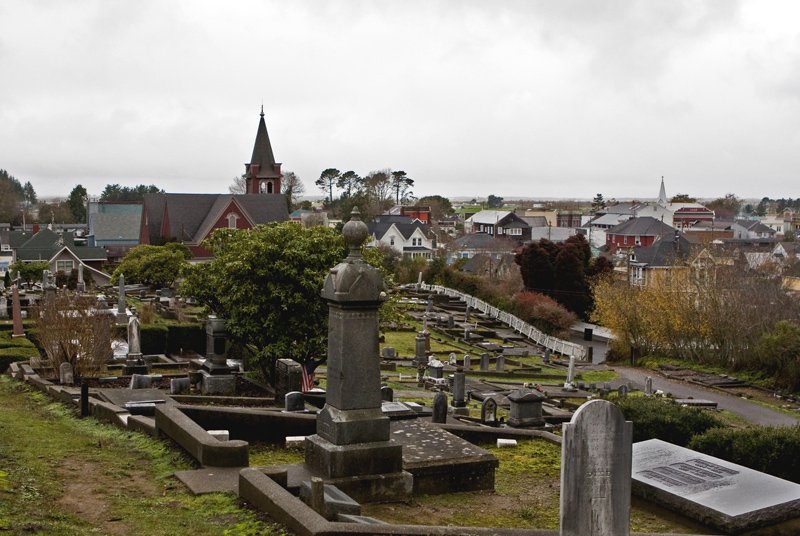 NIMBYism is the default invective hurled these days when anyone raises valid questions about what's being sold, but name-calling and threatened boycotts are cheap shots when the stakes are so high. After all, just how GREEN is this technology really? Who amongst us is sufficiently schooled on the true efficiency and safety of giant wind turbines? I've seen them stretched across dry, treeless land abutting freeways and thought, "now there's a good use of unpopulated, barren landscape," but frankly, I don't know much about them. Recently I was sent a link to a new documentary currently winning awards and readying for distribution with First Run Features - Windfall, the Movie - and after viewing the trailer and reading the blog at their site, I had the exact questions one of those interviewed in the film ominously suggested be asked. And, indeed, some ominous information exists to be very seriously considered. The documentation is plentiful, generally dissuading and very contradictory. Not exactly a convincing foundation upon which to make irrevocable decisions that alter the landscape and character of an entire region!

Enraged Environmentalist stated: "The entire planet is involved in a war with itself right now. We have two choices: Drastically change our way of life, or take responsibility and deal with the consequences. It's not going to be easy, it's not going to be fun, but it's the only choice."

I agree, EE, but come to a different conclusion. 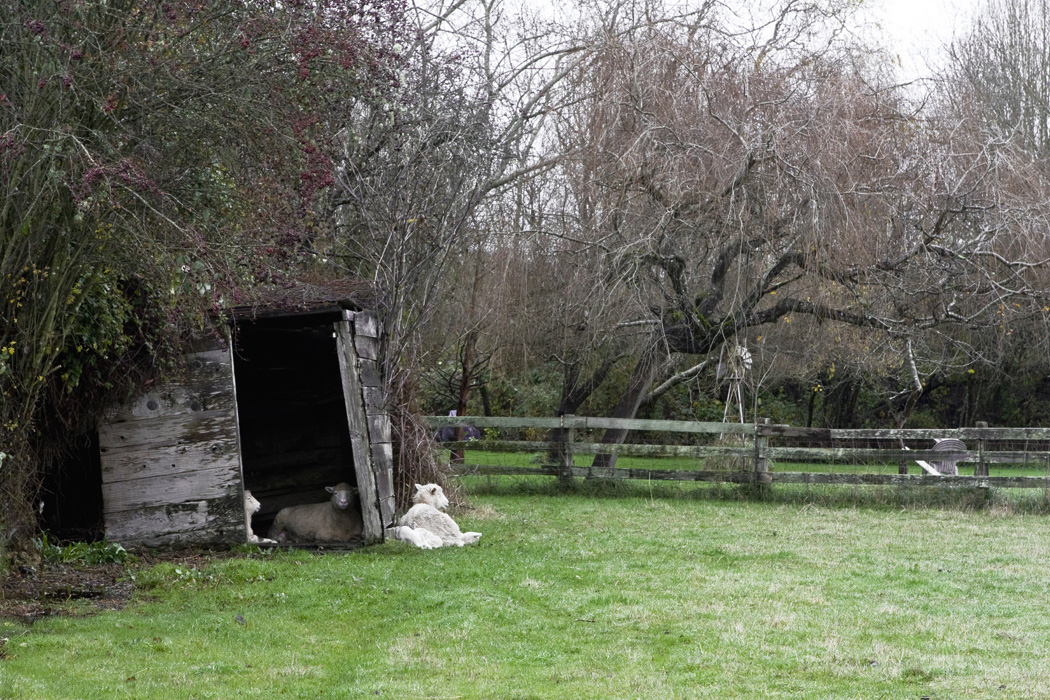 We are stewards of this land we live on. Our immediate concerns and needs do engage our moment in time, but in realistically and ethically seeking solutions we cannot eschew all responsibility to future generations. How much of our natural planet do we preserve for them? How much of it do we sacrifice for jobs, money and new technology, green or otherwise? As a concerned environmentalist, a property owner who loves the area, and a parent who hopes my son's grandchildren can still find natural, unspoiled, unindustrialized rural land to enjoy long after we're gone, I personally cannot support the Shell Oil wind turbine project in Ferndale.

What I can support is re-framing the debate as a wake-up call for the community; one that inspires both a commitment to preserve the natural landscape of the area, as well as focuses new energy on bringing in jobs and needed commerce; supporting local merchants, promoting tourism, and becoming as environmentally proactive as possible. The vibrancy, passion and energy exhibited in this debate can and should be redirected toward those goals.