There is nothing like some home-made vegan food and a little wine to bring out the funny in comedians-actresses Lori Alan and Mary Birdsong. Over salads and wine on the most recent episode of The Dinner Party with Elysabeth Alfano, Lori, Mary and I dish on food fetishes, the new world of media and animation, and working with Lena Dunham.

We discuss their most recent projects, too, of course. Mary has finished working on Lena Dunham's newest show for HBO, Max. Lori, probably best known for her work as a voice-over artist, played Sadness' Mother's Sadness in Inside Out and is entering into her 17th year as Pearl Krabs on Spongebob.

Grab some wine and healthy fare and enjoy this podcast. For more information on Mary Birdsong and Lori Alan, see below. 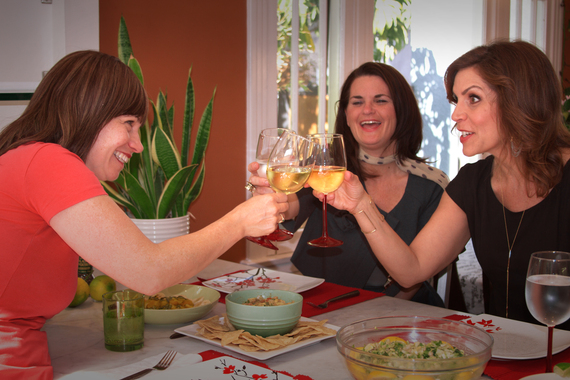 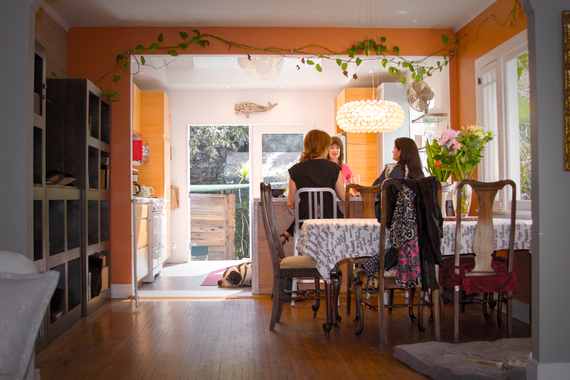 Despite having no children, Lori Alan is, in her own words, a MILF. Equally as important, she is also an award-winning voice-over artist. In 2015, she starred in Pixar's Inside Out, beside Amy Poehler and Bill Hader. Lori has also brought to life Diane Simmons on Family Guy, Pearl the Whale on SpongeBob: Squarepants, and Sue Richards, The Invisible Woman, on Marvel Comics' The Fantastic Four, among many other animated roles in movies such as Monster's University, Toy Story 3, Despicable Me 2, WALL•E and the upcoming Toy Story 4. At the First Annual Voice Arts Awards, Lori took first-place awards for Outstanding Body Of Work and Outstanding National Television Commercial.

Lori also has a long career in commercials and TV series, and has appeared in Showtime's Ray Donovan, Comedy Central's Workaholics, Desperate Housewives, CSI, Bones, Southland and Law and Order.

Mary Birdsong is an actress and comedian who has performed in several shows on Comedy Central, having appeared regularly in Crossballs, Contest Searchlight with Dennis Leary and The Daily Show with Jon Stewart. She has done guest spots on MTV's Apt. 2F, NBC's ED, Late Night With Conan O'Brien and The Howard Stern Show. Mary also stared as rookie cop, Deputy Kimball, in Reno 911 on Comedy Central, and in the Fox feature film Reno 911: Miami and was in the movie, The Descendants.

In addition, Mary is a stage actress and creates and writes a lot of her own work for pilots and Youtube, such as the very funny snippets of her characters .99 Cent Whore, Spirit Seeker, Mama Drama and her collaborative effort in the web series, Bitter Party of 5. On stage, she has played Vixen Fox in Elaine May's off-Broadway comedy Adult Entertainment with Danny Aiello, as well as her own one-woman shows Judy Speaks in which she impersonates Judy Garland, and The Very Mary Birdsong Show.