I know something about the marriage culture wars. I was a well-known opponent of gay marriage -- I testified at the Prop 8 trial in California -- and last year I changed my mind, which had a big impact on me personally and on the Institute for American Values, the organization I founded and direct. I'm not complaining. No one makes anyone enter this debate, and I knew full well from day one that the stakes are high. I'm only saying that I've taken hard poundings by advocates on both sides of this issue.

But I found someone who knows a lot more about the culture wars than I do, and that person is Jonathan Haidt. Haidt teaches psychology at New York University and is the author of The Righteous Mind: Why Good People Disagree on Religion and Politics. So when I set out to launch what my colleagues and I are calling "a new conversation on marriage" -- a conversation that gets beyond the culture wars and seeks to end forever the conflict between gay rights and family values -- I knew who to call first.

When I listen to this conversation, two things stand out. First, Haidt is a liberal who understands and respects conservatives. (This already makes him a rare bird.) Second, Haidt offers a genuinely fresh analysis of today's culture wars. My favorite bit: about halfway through the conversation, he shows that the intuition (the gut reaction) comes first, and the reasoning follows behind, largely to serve and protect the intuition. (And yes, this means you too.) 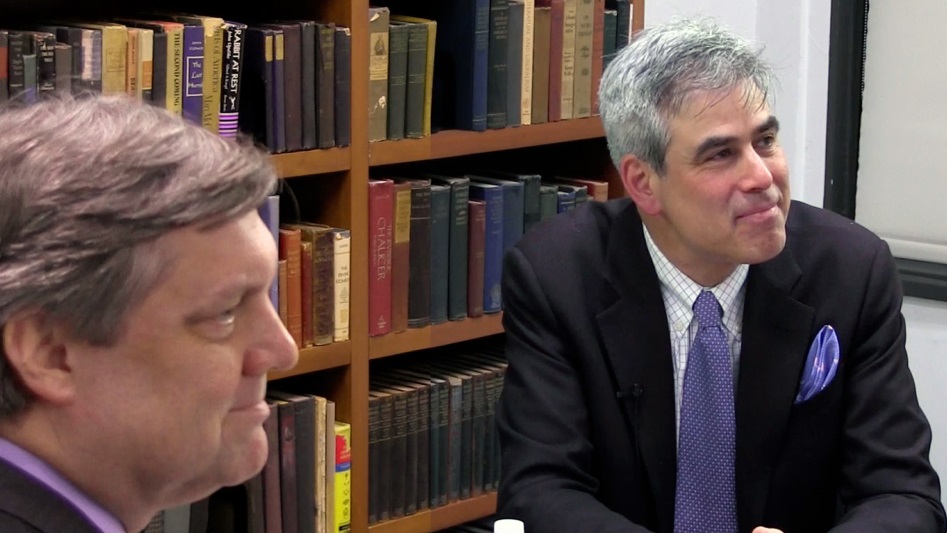 Listen to the podcast and subscribe to the conversations iTunes channel.

My dream is a new pro-marriage coalition in America -- a coalition of conservatives who are pro-family enough to break bread with gays and lesbians who are also pro-family; liberals who care about marriage even when the word "gay" is not in front of it; and gays and lesbians fighting for marriage equality who also want to strengthen marriage for everyone. In figuring out whether and how this coalition might be possible, Jonathan Haidt is my trusted guide. On how to get beyond the culture wars, he's the man.

I invite you to listen to the conversation, comment, and sign a "Call to a New Marriage Conversation."