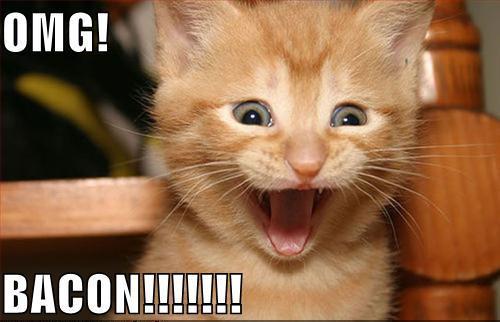 From "I Love Bacon" t-shirts to events like the NY Bacon Fest, it's clear that pork is on the minds -- and plates -- of many foodies. But while pork is tantalizing taste buds, there's more than what meets the palate when it comes to the "other white meat." From Porcine Epidemic Diarrhea Virus -- yes, you read that right -- to antibiotic-resistant bacteria and serious health consequences of even the "safest" meat, pork is downright dirty!

Porcine Epidemic Diarrhea Virus (PEDV) is scary. The virus hit the U.S. a year ago, and has already killed 7 million pigs, a whopping 10 percent of the population. While the industry hoped proper sanitation would clear up the issue, it hasn't: Veterinarians are worried that the problem is far worse than imagined. A farm in Indiana, for instance, recently announced that it was struck a second time with the virus. Meanwhile, pork prices have soared, according to Chris Hurt, a professor of agricultural economics at Purdue University, to $3.90 a pound -- "a record high."

PEDV only affects humans' wallets, not their bodies, but that doesn't make pigs safe to eat. Remember swine flu? Renamed (H1N1) by the Dept. of Agriculture at the urging of the pork industry, the species-jumping epidemic killed 284,000 people in 2009. While the pandemic was declared "over" in August of 2010, cases of Swine Flu are routinely reported. Just last month, 11 cases were reported in India.

The most terrifying disease of all is the mouthful "Methicillin-resistant Staphylococcus aureus bacteria," (MRSA). The potentially deadly bacteria found in raw meat is completely antibiotic-resistant. It responds only to intravenous drugs that, according to journalist Brian Fung, "were never meant to be a first-line defense." Seven percent of pork sampled in one study reported the MRSA contamination, and about 185,000 cases of food poisoning due to MRSA are reported each year. Holy pig! Despite the risks, the typical American eats 50 pounds of pork per year.

Even if pork were safe, it's GROSS. Sausage, for example, is 30-40 percent meat. The rest is blood, entrails and head meat. If you care a whit about your health, bacon, sausage and the like are loaded with artery-clogging cholesterol, and heart disease is America's #1 killer. Forty-two percent of Americans are predicted to be obese by 2030. If you don't want to be among them, consider a study of 70,000 participants in which vegans were the slimmest. The easy answer to our health problems? Forego the pig, the cow, the chicken. Choose a whole-foods vegan diet. 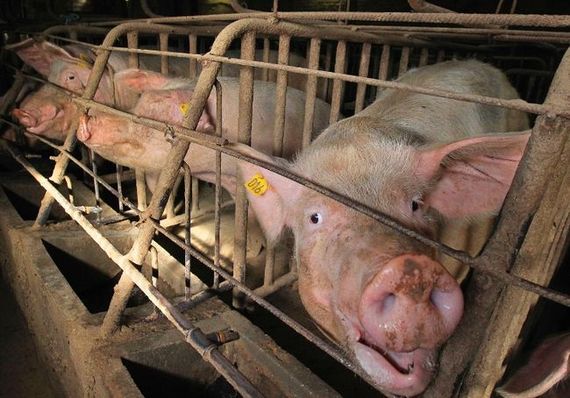 And what about the pigs, who endure a level of suffering from birth to death that no compassionate person would find acceptable? "Thumping" -- grabbing a baby pig by the hind legs and smashing her skull into the wall -- is how sick and small ones are killed. My pal Amelia, below, could have suffered such a fate. Breeding pigs spend most of their lives in crates only inches larger than their bodies. Crushing boredom and depression cause compulsive behaviors like head-banging. Do you really want your choices to support such a system?

The documentary Fed Up, narrated by Katie Couric, focuses on our addiction to sugar. But the theme is larger than sugar: America has lost control of its food choices due to the deeply troubling relationship between government and the food industry. And while government isn't about to change the brutal, broken system that has made us one of the sickest, fattest countries in the industrialized world, we can. All we need is one simple tool: our forks.

Amelia, lucky not to have been "thumped," has convinced scores of Catskill Animal Sanctuary visitors to "put down the pork." Come meet her Saturdays and Sundays from 11 to 2.