Like any addiction, I knew what I was doing was wrong. But I just couldn't help myself.

I'd do it first thing in the morning while still in bed, after picking up the phone to disable my alarm. While writing a dry proposal in the office, absently-mindedly pressing Cmd+T to open a new Chrome tab without making a conscious decision to do so. Or late at night on the sofa with my iPad, when I was supposedly reading an e-book.

For almost ten years now, I've found myself browsing Facebook, unaware that I am doing so. The time disappears from my life. Before I even notice what I am doing ...half an hour just goes. Clicking links. Reading stuff. Scrolling down. Doing it again.

Social media is to this decade what overconsumption of TV was in the eighties. Remember all those warnings you got as kid not to watch too many cartoons as they would rot your brain? We all know that's effectively what we're doing. And worse, we take it with us everywhere we go.

Up until now, my Facebook fetish has been somewhat harmless, impacting only my productivity. But I've noticed something more sinister of late, which you might have noticed too.

Where my newsfeed was once full of holiday photos and witty commentary on life, it was now full of tiresome politicking about Clinton/Trump, Brexit and other divisive issues of last year. Moreover the politicking is just largely just friends reinforcing views I already had, so it's not like it strengthens my critical thinking or anything useful like that. It just gets me worked up about world issues. 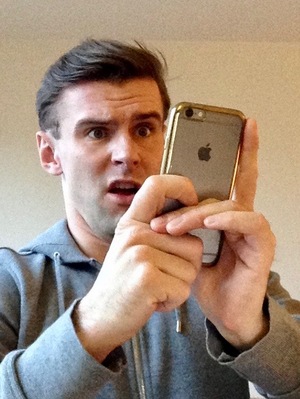 In other words: engaging with Facebook started making me angry.

Not only was Facebook distracting me from work and life, but I was going back into the real world in a worse mood than when I left. It becoming a negative force in my life.

2016 was the year of social media fatigue, so like many others have done recently, I thought I should make going nuclear a new year's resolution for 2017. Ditch Facebook, delete my profile and say bye-bye to distraction.

But I couldn't quite press that button. I was worried my social life might grind to a halt if I cut myself off from the ability to receive event invites via Facebook. I stressed about how I was going to deal with all the apps I currently sign into using Facebook login. And I felt sad that I might miss out on photos of former colleagues' and classmates' weddings.

I realized that I was stuck with Facebook, so I had better learn how to live with it.

I took these steps in an effort to make Facebook bearable once again. They're surprisingly easy to implement, and genuinely, they have made me life a much happier place to be.

1. Delete Facebook app from phone. Just do it. Now. You won't miss it. Guaranteed. Write me a letter of complaint if you do.

You can keep the Messenger and Events apps, but do you really need a newsfeed on your mobile? No. You just don't.

2. Get FB Purity and depoliticize your news feed. This Chrome extension might not have the prettiest user interface, but once it is installed, you can specify key words such as 'Brexit' and 'Election', banishing political posts and tiresome sharing of news articles.

3. Get StayFocusd and put yourself on a timer. Another Chrome extension that allows you to limit yourself to just five minutes of Facebook during working hours. There's nothing quite like a countdown timer to bring your mind back into the present.

4. Discover 'Restricted List' as an alternative to going nuclear. The fewer people who can actually interact with you on Facebook, the fewer opportunities there will be for distraction.

If you've never come across it, this feature that allows you to add a group of friends to 'Restricted List'. These people will only ever see items that you set to 'public'. Everything else you do on Facebook, such as commenting on someone else's post or being tagged in a photo, will be invisible to them.

I'm pleased to say I now have a much healthier relationship with Facebook. My news feed is now full of inane updates and photos of parties, as it should be, and I spend no longer than 10 minutes a day browsing such wonderful nonsense.

Give it a shot... Make social media bearable once again.