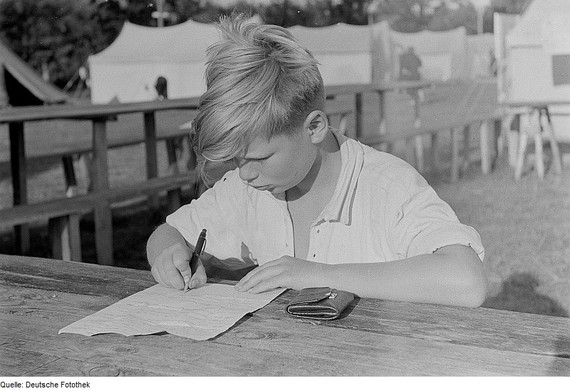 "And my collection of geographically accurate boogers goes to..."

I wrote my will at the age of 26. It's infused with comedic zingers and is in no way legal, but hey, it's a will nonetheless.

During the period leading up to my second surgery, after I was diagnosed with cancer at 25, I wrote what would become a symbolic offering of what little I had in those days. I wanted to have something in writing that would tie up all the loose ends in my young life. (Given that I'd lived only a quarter of a century, it turned out that there weren't very many loose ends to worry about.) I'd heard that it's better to have something in writing than to check out without making any kind of arrangements. It turns out that that isn't entirely accurate, but I didn't know that at the time, so I drafted this letter. No one knows that I did this, not even my family.

At the time, I was doing a lot of sitting around and feeling sorry for myself. I lay on the couch at my parents' townhouse, watching TV, curled up under a Snuggie, slowly losing the ability to cope with my evolving circumstances. Mostly, though, I was feeling sorry that I had to leave my family, and that I had nothing to offer that would soften the blow. The thought of dying so early, loved ones gathered around to bury me, their faces twisted in mourning, was too much to bear. It spawned thoughts of my parents splitting up, my sister's new marriage falling apart, and all three of them slipping further into the depths of grief, never to return. And all of that would be my fault.

My parents were getting older, and money was getting tighter. My sister had gotten married during the summer, two months before I was diagnosed with cancer. Mom and Dad paid for the majority of the wedding. Shortly thereafter, they'd sold my childhood home and bought a townhouse an hour up the road in State College, Pa. In doing so, they'd signed on to another mortgage, late in life, against their better judgment. None of this would've been a problem had I not shattered the illusion of youthful permanence and gotten myself all genetically mutated. 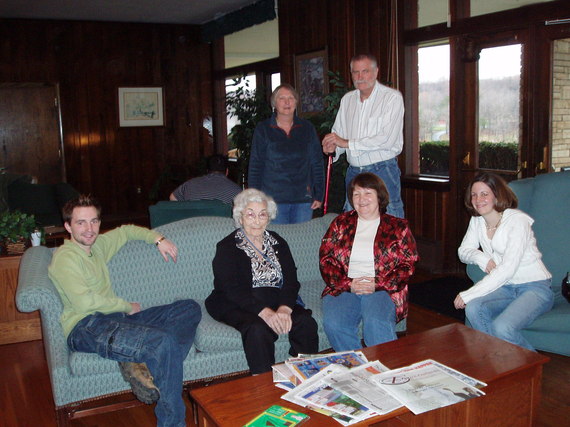 The day of my first surgery was the day my parents closed on their new townhouse. That morning I sat in the office with them, listening to small talk tossed around by the lawyer and the real-estate agent, all the while doing my best to remember that life hadn't stopped for them as it had for me, and they didn't have any idea that directly following this appointment I was hopping in the car with my family and traveling three hours to Pittsburgh to go under the knife for the first time in my life.

I also knew that this was cancer, and that it could very well be terminal. That thought never left my mind. I wanted to reach over to the console and hit the reset button like I'd done so many times as a child, sitting cross-legged in front of the TV in the basement, controller and princess-saving aspirations in hand. But there was no reset button now. I would be forced to deal with whatever came next, no matter how horrible.

I wanted to provide for my family, but at the age of 26, I had nothing to provide. And I realized how sad it was that I had to write a will with no real "willing" involved. My family had given me so much, and I didn't want to leave them without giving them something in return. Thoughts of Raiders of the Lost Ark ran through my mind, and the introductory scene where Harrison Ford is stealing a jewel and replacing it with a bag of sand to avoid setting off the trap. My family had handed me a great jewel -- a lifetime of opportunities, love, and support -- and I had only this crummy bag of sand to offer in return. It didn't work in the movie, I thought, and it wouldn't work now. The only thing of real value I could give away were the emotions I felt for the people who would read my letter after I was gone, and I spread those liberally throughout it. If I couldn't give them anything of material value, I would leave my family and friends with a message of undying love.

My 26th birthday was spent hobbling to my sister's house for dinner, ice-cream cake, and presents. I was still healing from that first surgery, which was actually a two-fer that included separate procedures. It was a combo situation like you find at family restaurants.

Me: "I'll have surgical combo A, please."

Waitress: "Would you like that with or without post-surgical bruising?"

Waitress: "I recommend the bruising. You won't be able to sit down practically anywhere, and you'll break the towel rack in your sister's house the first time you have to poop."

Waitress: "Excellent. And how about a side of surgical drains?"

Waitress: "Sounds good. You make sure to try them next time."

Waitress: "I'll be right back with your IV and a pre-op syringe. You'll be seeing pelicans and singing obnoxiously in no time." 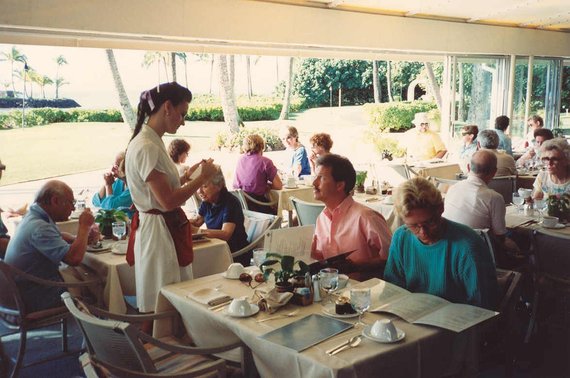 I freaked out shortly after my birthday, sending out calls and emails to everyone I knew with pleas to make sure that my family was looked after when I was gone. My makeshift, non-legal will was attached to these emails. I had nothing to leave behind; I had no legacy. The letter would be my legacy. I wrote it in hopes that my family would know how much I loved them, because, at the age of 26, without any real prospects, love was all I had. I hoped that, no matter how things turned out for me, that would be enough.

In a future blog post I plan to talk about how to prepare for end-of-life scenarios from a legal standpoint, as well as about what the average, healthy individual should have in place.

This blog post was originally posted at Zen of Metastasis.