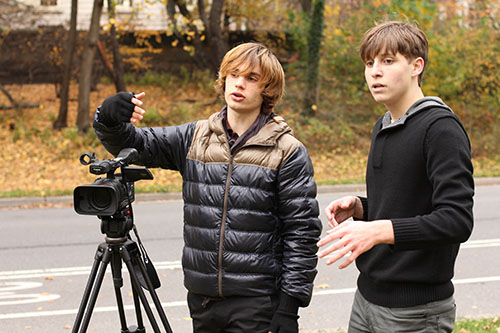 "I can think of few art forms that invite students to immerge themselves in other cultures as wholly as film, through its unique combination of visual, performance, technological, musical and narrative elements." -- Nick Lindner

Part 2 of the Education in Film series

The International Baccalaureate (IB) film program aims to develop in students the skills necessary to achieve creative and critical independence in their knowledge, experience and enjoyment of film. Today in The Global Search for Education, I am joined by Richard Harvey, Chief Examiner of the IB's film program, and Nick Lindner, IB film teacher at The Dwight School in New York City.

Richard Harvey worked in the theater before turning to teaching, and currently acts in several UK television series. He has taught media, film, English and drama for more than thirty years. As Chief Examiner for the International Baccalaureate's film program, he has led IB film workshops in New York, Los Angeles, Hong Kong, Athens, Florence and various venues in the UK.

Richard, studies show that the need for cine-literacy is long overdue. What were your key goals with the IB film curriculum?

We wanted to enable students to explore film in both a practical and academic sense. I don't believe there is a young person across the world that isn't a film fan. Our goal was to develop that passion into an awareness of how film is constructed and how meaning is developed when you work with audiovisual imagery. By understanding that process, students develop a greater awareness of how film communicates to them. For example, a film may have a particular agenda; students need to develop the ability to question that agenda. This isn't just an academic study. It is something they need to be able to carry into their everyday lives so that they can watch a film with the pleasure that comes with greater experience and understanding. 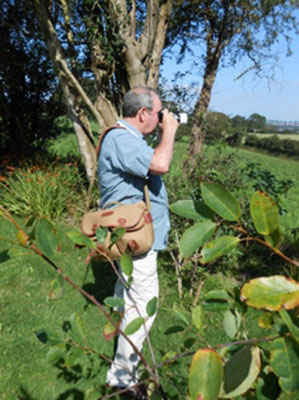 "This isn't just an academic study. It is something they need to be able to carry into their everyday lives." -- Richard Harvey

Nick, as a film major in university and in real life, how has this helped you teach the IB film curriculum to high school students?

As someone who has been privileged enough to connect to film as both student and theorist in the undergraduate and graduate classroom, and as a crew member on productions worldwide, I revere the IB program for recognizing the value of coupling the practice of formal academic film analysis to practical film creation. I find it necessary to stress to students early in the program that cinema possesses its own language of concepts, techniques and codes, and the more they understand that language, the better prepared they are to create effective works of their own. Having examples set before them that expose them to innovation within the medium very often triggers "eureka moments" that inspire them, not only to draw connections between various films throughout cinema's global history, but to also attempt to adapt similar stylistic and narrative techniques in their own works.

Richard, what key elements did you build into the curriculum to realize the IB film goals?

Filmmaking has never been easier for young filmmakers. We wanted the IB film course to include films originated by students as well as the study of films made by their favorite contemporary filmmakers and filmmakers of the past, whom may not be encountered in the normal experience of a young film fan. We wanted students to learn the different aspects of filmmaking. Understanding film techniques from the past gives students a better understanding of where films are today. Students learn that nothing is a totally new invention. They learn to explore old ideas in new and different formats. They learn that the critical analysis of an existing film and making their own are two sides of the same coin.

Nick, studies show that reading literacy is fading while film literacy is thriving with kids today. How might you suggest teachers respect both?

I would fear imagining that teachers cannot recognize the symbiotic relationship between the written word and celluloid. At the end of the day, both are simply means of sharing humanity's ideas, and I'd like to believe the ideas themselves should remain the key focus, rather than concerns about competition. Across many disciplines, over the past century, it has been argued that film, (and the cinematic language it has inspired across various forms of visual media) is the most important art form of our times. While I won't shy away from agreeing with that statement, I think that it is crucial to understand that cinematic language shares many commonalities with the written word, and owes much of its form to our literary traditions; a point I believe should always be stressed to students. 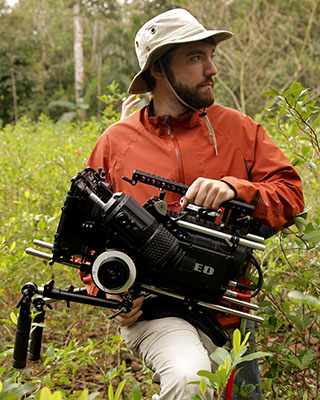 "I love exposing students to the techniques of filmmakers globally, and working with them to trace the influence of those innovations across borders." -- Nick Lindner

Richard, how do you recommend teachers balance the subject discipline while nurturing innovation at the same time?

We don't recommend teachers start with the theory. Students are allowed to explore films first. The class should explore questions such as: What have you noticed about the way the story is being told in this film? What elements draw you in? Teachers might show students very brief sequences of only a few seconds each from a variety of films and ask: What kind of a film do you think those excerpts came from? What ideas are being communicated in such brief extracts? As students explore the process of past work, the teacher is preparing and encouraging them to play with different ideas. How would you shoot this in a more thoughtful, different or creative way? That then needs to be carried into the assessment process in which no copyrighted material whatsoever may be used in anything they create. They must learn to create their own sound effects; they can commission their own music, etc. And so the process moves from what they have learned into the exploration of new experiences that explore international perspectives; for example, looking at films that are outside their immediate cultural experiences. The beauty of the film program is that it encourages individual initiative but also collaborative work.

Nick, what has surprised you most and least about teaching the IB curriculum?

Perhaps what has surprised me least is just how technologically savvy the majority of the students are. The accessibility of tools that provide them outlets to create films of their own exist all around them in devices ranging from their mobile phones to their home computers. As a result, they bring a level of confidence to the production phases of the curriculum that I find is very often based upon their own self-taught experiences. What surprises me most however, is those very same technologies that they use as tools for film production, very often also serve as devices of absolute media bombardment that provide audio-visual information at an intense pace through outlets such as YouTube. Drawing the students away from this form of audience reception, and engaging them in challenging films that require patience is very rewarding. I take great joy in seeing a class of 17-year-olds wholly engrossed by a foreign, silent, black and white film that was created before many of their grandparents were born. 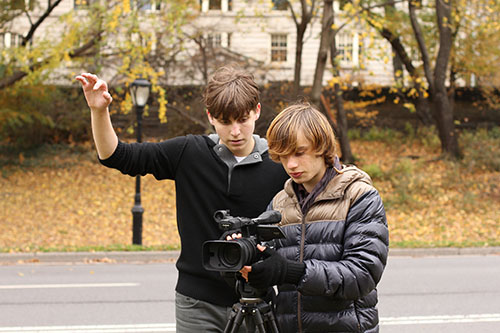 Richard, how do you assess students' original work?

Assessing creativity is not easy. Young people come up with great original ideas in this course. We look for ideas that are fresh that don't necessarily take the easiest route. We look at the process a student has worked through. We look at the way a student questions the approach of doing something. How have they used their imagination to communicate their message to an audience? Is there a special spark or recognizable flair? Our hearts sink sometimes when students say I want to make something that throws out all the rules. It's obvious that the rules need to be understood before they are rejected and that rejection must have purpose.

Nick, how have you made the IB film curriculum truly international in its content in your classroom?

I believe the greatest asset of an IB education is its true internationality in the modern world. To teach a comprehensive series of film studies courses, it is necessary to not only stretch beyond the boundaries of Hollywood cinema, but western cinema as well. I love exposing students to the techniques of filmmakers globally, and working with them to trace the influence of those innovations across borders. Furthermore, I can think of few art forms that invite students to immerge themselves in other cultures as wholly as film, through its unique combination of visual, performance, technological, musical and narrative elements. This cultural immersion is conducive to the curiosity of high school students, as I find they often take more from their foreign viewing experiences then their domestic ones, simply because they are eager to expose themselves to something that they perceive as different or new.

Richard, five years down the road, what additional development would you like to see to the IB film curriculum?

There is already an excited buzz about the film program and IB has dynamic drive to look forward with its programs. From a personal point of view, I would like to see film in five years as part of a much broader spectrum of the arts. I'd like to see the barriers between the assessment elements of film, art, dance, and music become much more interdisciplinary. With global communications advancements, I'd like to see filmmaking become a form of education without frontiers so that five years from now students might not be making a film within their own school but might be collaborating, sharing ideas and making a film with students across continents.

For more information on the IB Film Program 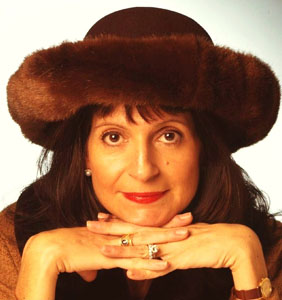