What do we know about the future? It will be sleek and streamlined; the Internet will be faster; Elon Musk will be king; and we'll all travel in pods.

Pods? For some inexplicable reason, almost every vision of the future has us shuttling around our cities in one kind of pod or another, tapping into the efficiency of mass transit while providing us the privacy, flexibility, and nonstop service we demand. If it was good enough for "Logan's Run," then it should be good enough for us.

A handful of entrepreneurs--Mr. Musk included--are already heading down the pod, or "Personal Rapid Transit" (PRT), path, with plans, schemes, and even some working prototypes that posit sensible transportation for tomorrow--even if it means reinstalling the kinds of elevated tracks that cities like New York tore down 60 years ago. 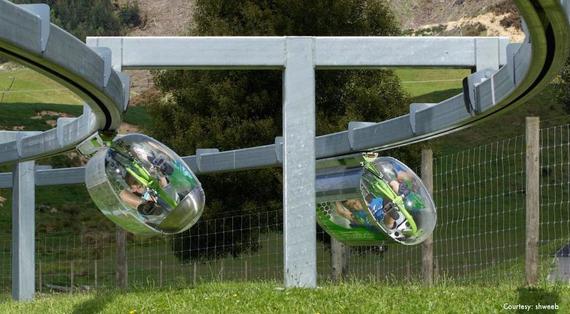 Take, for example, Shweeb, a Canadian company whose pedal-powered pods will get us around town and provide a cardio workout at the same time. Its proposed Skysmart System would suspend solar or pedal-powered pods on tracks high above the street to take two, five, or 12 people directly to their destination without platforms, fixed routes, or timetables.

Schweeb says Skysmart would be at least 30 percent less expensive to build than alternatives, it could move 10,000 people--plus cargo--per hour, and that its pylons and tracks could do double duty as infrastructure conduits. For now, you can see a version in action at a New Zealand amusement park, and Schweeb hopes not only to build a serious demonstration installation in Niagara Falls, but also to find a home at Google's main campus. 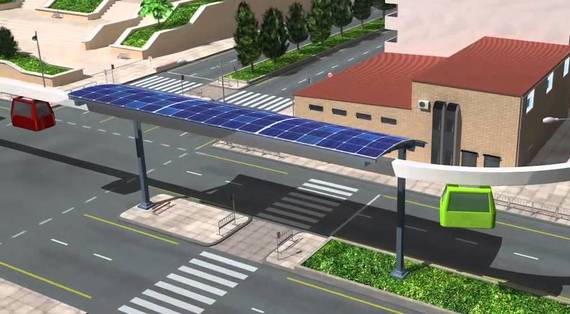 Secaucus, New Jersey of all places may be the demonstration site of another intriguing PRT system called JPods. With $120 million of investor money in the bank, CEO Bill James, a military logistics veteran, shares the overhead personal pod vision and plans to power it with solar collectors mounted on top of the elevated tracks. Like other PRT systems, JPods, which would carry from one to four riders, could be programmed for nonstop point-to-point trips using one-tenth the energy of cars, trains, or buses as they travel. The solar collectors above the tracks would collect 25,000 vehicle-miles of power per mile of rail per day.

JPods is actually starting out with a portable 328-foot installation, a proof-of-concept "rescue rail system" that could be deployed temporarily in a disaster zone with solar power providing all the necessary juice. From there, the company wants to build almost 1,000 feet of rail to do further testing and take paying passengers for the first time. As for Secaucus, a congested rail and car transit hub just west of New York City, town planners have granted rights of way to safe technologies that can exceed a benchmark of 120 passenger miles per gallon of fuel. The true test of JPods would be a three-mile stretch there with a dreamy vision that one day it would extend across the George Washington Bridge into Manhattan. 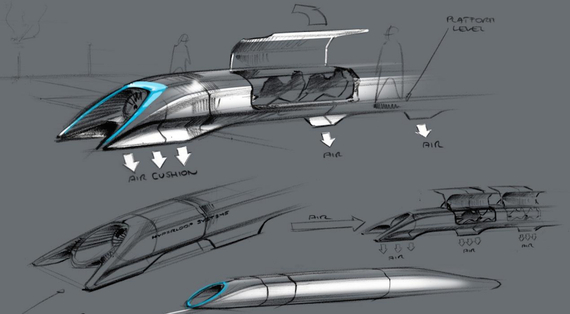 And as for Elon Musk, talk of his tubular 800-mph Hyperloop, in which passengers would be literally shot cross-country, has futurists dazzled, and now a new company called Hyperloop Transportation Technologies is taking up the challenge, planning to build a five-mile, $100 million test track in central California. Musk himself tweeted in January that he would build his own Hyperloop test track, likely in Texas, to let student engineers test--and race--pod prototypes. Now that sounds like fun.