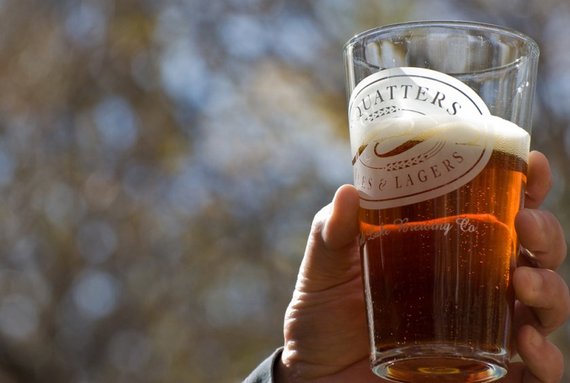 Beer doesn't have the healthiest reputation but, when consumed in moderation, it can prove to be healthy.

If you ever want to see how to drink beer in an unhealthy way, all you need to do is watch one episode of The Simpsons. A 15-minute observational analysis of Homer (or, even more so, Barney Gumble) will show you what drinking too much beer can do to not only your body but also your mind. In an effort to prevent you from acquiring a Homer-esque beer belly, we've put together some healthy notes on beer drinking.

Click here to see how beer can fit into your healthy diet.

Many beers are classified as "session beers," meaning that you can have a few in one session or sitting. These beers benefit from a low alcohol content, but the easy drinkability of these types of beers can potentially lead to a pitfall: overconsumption.

Overconsumption is especially easy with light beers. One minute, you're cracking open your first Coors Light at the Broncos tailgate, and then, all of the sudden, you're 12 beers deep and wondering how you wound up 45 minutes away in Boulder with no shoes on. Light beer doesn't equate to healthy beer, and there's not much about it to attract true craft beer enthusiasts.

Craft breweries, like those hailed in our 50 Best Craft Breweries in America, produce beers as simple and light as a pilsner and as heavy and complex as a Russian imperial stout aged in whiskey barrels. The thing about craft beer that many light beers miss the mark on is just that: complexity. While the simplest of craft beers may not have much more going on than a conventional light beer does, some do. That can often mean more vitamins and a higher antioxidant presence.

Vitamins and antioxidants aren't the only things that make beer a great addition to any health enthusiast's diet, though. Drinking one or two beers on occasion may prove beneficial for many reasons. Click ahead to see reasons why moderate beer consumption can fit nicely into a healthy diet. Oh, and yes: We'll suggest some great brews along the way.