Next week, on February 15, Israel's Prime Minister, Benjamin Netanyahu, will meet with U.S. President Donald Trump, for the first time since the latter entered office. Much has happened on both sides of the ocean since the President's inauguration which might not augur well, with the latest incidents being an ISIS rocket attack against Israel's southern city of Eilat (Feb 7) and another abhorrent Palestinian terrorist attack in the city of Petah Tikva in Israel, targeting innocent civilians at a local market shopping for Shabbat (Feb 9). Under the circumstances, not many would be optimistic about potential political progress between Israel and the Palestinians, but could it be that there is a path, where pessimists insist on seeing only a cul-de-sac?

The Middle East has seen many shifts in the last few years, almost all of which terrifying and profoundly disheartening. The face of Middle Eastern revolutions turned from that of Egyptian Wael Ghoneim of Google to ISIS's Abu-Bakr Al Baghdadi. However, not all is lost. This chaos gave birth to unusual and welcome alliances among the moderate Arab regimes and Israel. As we know all too well, ISIS is also no supporter of the secular Palestinian Authority of Mahmoud Abbas.

The common wisdom is that the U.S. should be an "honest broker" to be able to fulfill a positive and constructive role in the political process between Israel and the Palestinians, whatever that term means. Therefore, President Trump's supposed preference of Israel undermines any prospect of true progress between the parties. Others will passionately argue that under the Obama administration, Israel was treated unfairly and received exaggerated doses of criticism of its policies. This unjust criticism, they will claim, reached a climax at the end Obama's term, with what seemed to be a unilateral place of blame on Israel for lack of progress in the peace process, manifested by former Secretary of State Kerry's speech as well as U.S. support (a.k.a. "abstention") of United Nations Security Council's resolution 2334.

So, some will claim, if up to now we have not seen any real progress on the Israeli-Palestinian front, we can surely kiss peace goodbye under Trump.

Or can we? It is difficult to make any predictions of the future, which is ten-fold true when it comes to the Middle East. However, lets us look at the picture from a slightly different angle. During the last few years we have witnessed continuous Palestinian refusal to negotiate directly with Israel, in spite of recurring Israeli appeals to talk face to face: not in Washington, New York or Stockholm - but in Ramallah or Jerusalem. At the beginning of Obama's term, Israel went as far as agreeing to a "settlement freeze" unilaterally, and despite this confidence building measure, Palestinians maintained their reluctance to have a direct dialogue with Israel.

Why? Palestinian strategy was clear: a preference of lawfare combined with diplomatic attacks on Israel in the international arena, over direct negotiations with Israel. They knew that the more they refuse to negotiate, the more the blame will fall on Israel, which will lead to extreme pressure by the international community without forcing the Palestinians themselves to concede anything. And it seemed to work well, as this was exactly what happened. UNSC resolution 2334 was a culmination of this process: another harsh condemnation of Israel, which won resounding ovations as if it were a Broadway show, without even the slightest semblance of Palestinian concession.

This sad state of affairs allowed the Palestinians to avoid making tough decisions and escape the need to look inside and make up their minds as to how they see the future of their relationship with the Jewish State, not to mention making "painful concessions" in the process.

No wonder this kind of attitude alienated Israelis and soured the prospects of peace. Indeed, the road to hell is paved with good intentions.

And now what? Political discourse is filled with criticism of Trump Administration's supposed pro-Israel stances with Columbia University's Professor Rashid Khalidi, a long time critic of Israel, going as far as warning on a radio interview that "Israel Supporters will 'Infest' Trump Administration" (anti-Semitism staring us in the face, just in case you were wondering).

Nobody knows what the future might hold, but whatever happens, this reshuffling of the cards provides us with a unique opportunity to change course. It is clear that even when disagreements will arise - and they will - between Israel and the US, Palestinians will no longer be able to sit idly by as others are bashing Israel for them and trying to bring it to its knees. Reality has changed and so have the rules of the game. If Palestinians are truly interested in progress, and I mean real progress - not an imaginary one based on useless one-sided unilateral resolutions which do nothing more than feed hostility between the parties - if they truly wish to bring about a change in their daily lives, it is time for a direct dialogue. It is time to cease terror, violence, diplomatic warfare and lawfare and take a different path. One in which the parties will look each other in the eye and take tough decisions on the future. There simply is no other way.

The State of Israel is not immune from legitimate criticism, yet we hope that this marks an end to the age of automatic criticism of Israel. The time ahead holds a promise of opening the door to accountability, transparency and responsibility. An era in which Palestinian and Israeli leaderships will be judged based on their statements as well as their deeds. 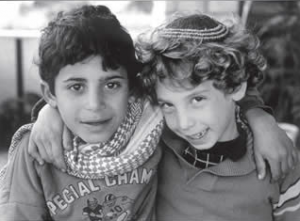